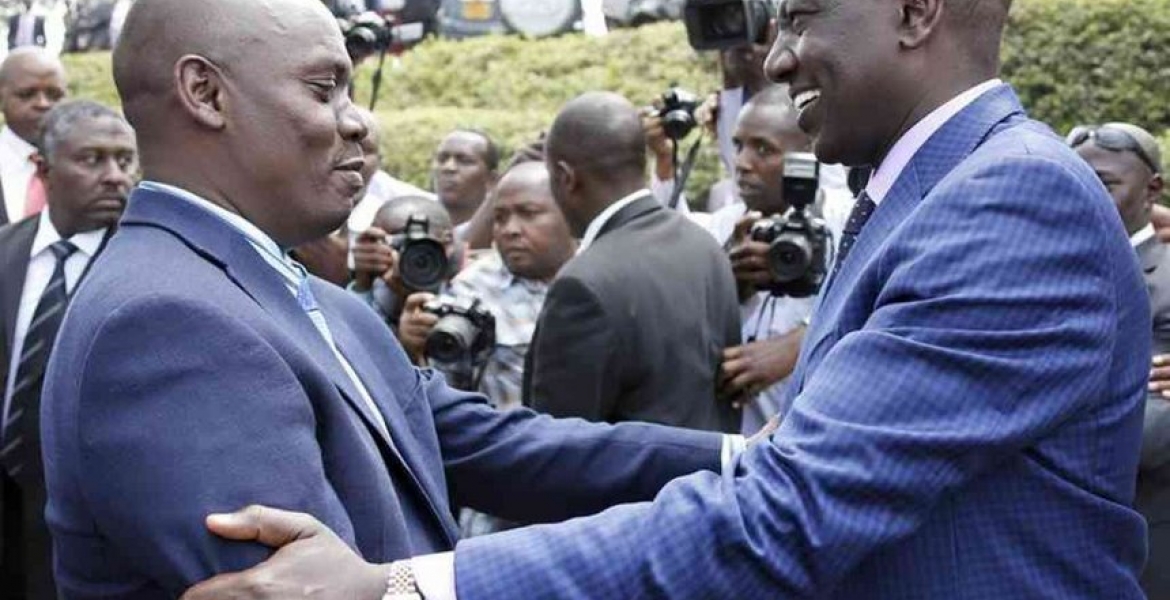 Kiambu Governor William Kabogo has taken a swipe at Deputy President William Ruto, renewing the rivalry that has existed between them. Kabogo has told Ruto that he should not expect an automatic backing from the Mt Kenya region in his bid to succeed Uhuru Kenyatta as president in the 2022 general elections.

Kabogo, who lost in the race for Jubilee ticket for Kiambu governor to Kabete Member of Parliament Ferdinand Waititu, has accused the Deputy President of planning his downfall by rigging him out in the party primaries held in April.

Kabogo says Ruto rigged him out in a bid to silence him ahead of the 2022 race, adding that Waititu was Ruto’s project and it will be a disaster if he becomes the next Kiambu governor.

“I’m not being fought because of you (Kiambu people), but by those who want seats in 2022, but I will face them head-on and I’m not keeping quiet this time round. I have made a similar stand before when I said we will not give this person (Ruto) the seat just like that and I’m saying it again. We will not support him unless we see development,” Kabogo said while addressing a gathering in Kiambu.

..said the man who lost the governor's race. Kabogo has no business talking about presidential votes when he failed to recapture Kiambu Governorship. He should sit down somewhere and keep quiet.

Mt. Kenya used Ruto to get to The Presidency of Kenya. Nothing more than that; and so Ruto should as better Go Back to Roost.

I plead with Kiambu people to reject this clown on August 8 at the ballot,send him home and have him permanently relegated to a political Siberia and thereby deny him any platform which he can use purporting to speaking on behalf of the hardworking people of Kiambu county.

Kabogo is a spokesman of other pharmacists/drug lords including Joho,Punjan,Sonko etc and drug addicts.He also speaks on behalf of other murderers,kina wauaji Raila,Moi,Biwort,Joho tena etc.The devil cannot speak for people of Kiambu who recently rejected him.

That's why I am HELPING him get you off his back.