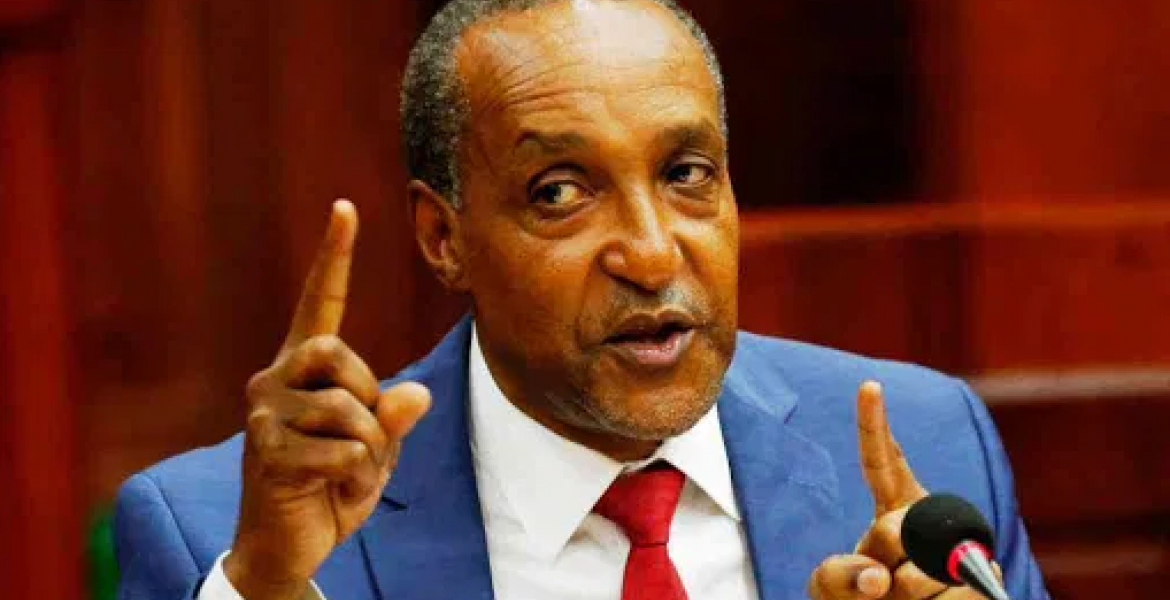 PS Macharia revealed his positive Covid-19 status through a WhatsApp Group whose members are top government officials, The Star reported. He is said to have tested positive for the virus last week and is self-isolating at home.

“For all the billions that have been spent on this campaign, it’s hard to imagine that at the point of contact where the disease actually happens, there is no system to make sure that we have access to proper care and the proper contact tracing is actually done to keep track of those who are not well or maybe infecting others,” the message seen by The Star states.

He indicated that none of his contacts have been traced by officials from the Ministry of Health neither has he been called to identify them.

“I have done my own contact tracing and I have informed all the people who came in contact with me in the 10 days prior to my test and since. They keep asking me where to go for test and I don’t know what to tell them.”

“But shockingly, no one has been in touch with me about contact tracing except an NMS nurse who called on Friday out of the blue. She said she would call back and never called back again. She basically wanted to confirm that I was Macharia Kamau,” he added.

I thought macharia said COVID-19 wasn’t a big deal.
While I wish him well, he should not have downplayed the pandemic the style he did and am just being generous to MK.

It does not discriminate and unlike the Kenyan laws that do not apply to Macharia and his fellow leaders this one will not recognize you status.

So, you build a career defending and promoting thieves and murderers in Kenya , then you wonder “What happened to the COVID Funds”!!!!
A real zombie.

Corona virus will AWAKEN a lot of people.

This one should stop disturbing us. Just another case of Team “Hate Water”.