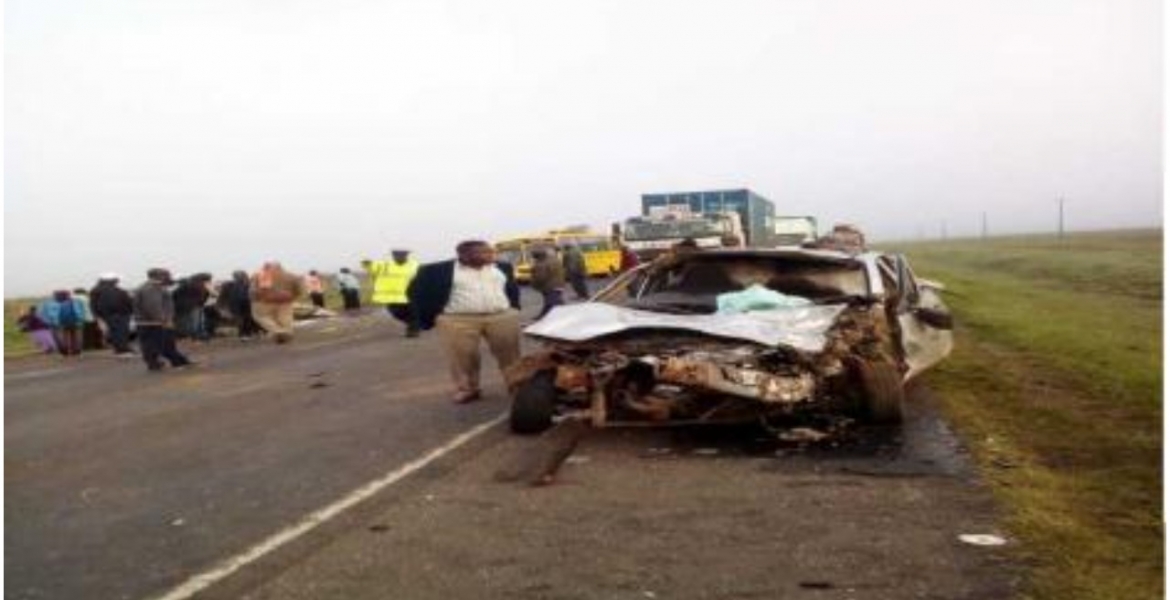 Three headteachers lost their lives in a grisly road accident along the Nyeri-Nyahururu road on Saturday.

The three were among the four people who perished after two private vehicles collided head-on at the Solio ranch stretch.

Their deaths were announced through a statement released by Teachers Service Commission (TSC) CEO Nancy Macharia on Sunday.

“On behalf of TSC and the entire teaching fraternity, I take this opportunity to send our heartfelt condolences to the families of the three heads of the institution, their staff, the entire school community, and Laikipia County at large,” Macharia said.

“As lead administrators who dedicated their lives to improve the wellbeing of Kenyan learners, they leave a big gap in the teaching fraternity,” Macharia added.

The bodies of the victims were moved to the Nyeri Hospital mortuary.

Head on collision on a nice straight road?
Surely one of those drivers messed up, overtaking ovyo ovyo or drifting lanes after pombe or sleepy.
Please friends dont let friens drive drunk/dumb.