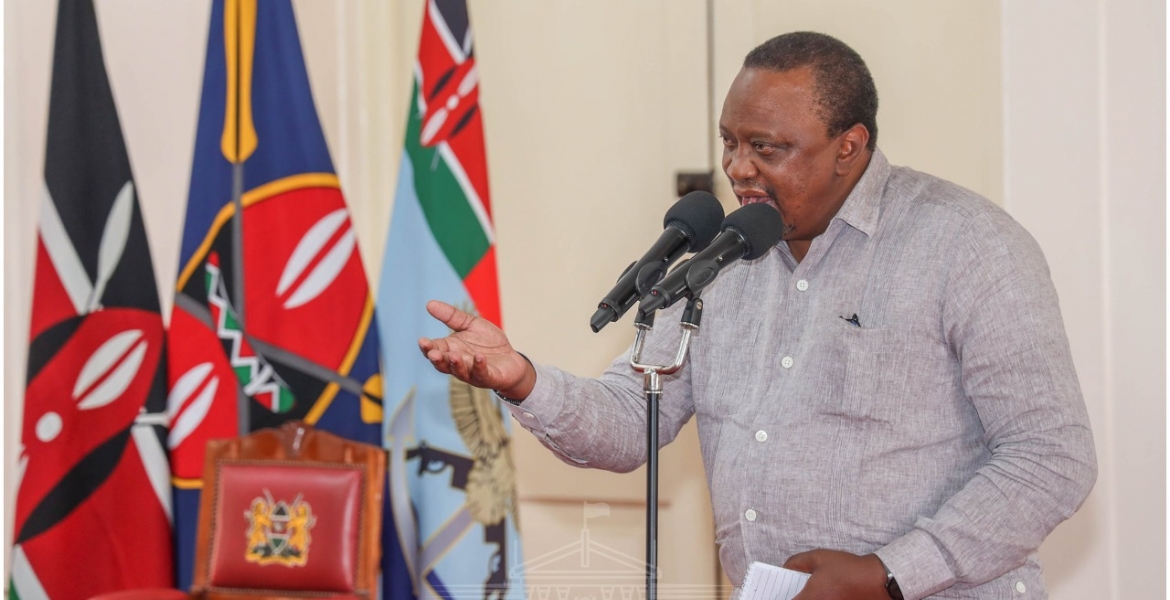 President Kenyatta has vowed not to bow to pressure to appoint the six judges whose nomination he rejected over integrity issues.

Kenyatta indicated that he received adverse reports on the six nominees from the National Intelligence Service (NIS) and other security agencies, adding that his conscience was clear.

“I too took an oath to both the letter and spirit of the law and it is not open to me to turn a blind eye to reports of our State agencies,” said Kenyatta.

The president was speaking during a meeting with a delegation of leaders from the Ukambani region at State House, Nairobi on Monday.

The other two nominees, High Court registrar Judith Omange and Chief Magistrate Evans Makori, had been recommended for appointment as High Court judges.

During the Monday State House meeting, Kenyatta said he furnished former Chief Justice David Maraga with details of the allegations against the rejected nominees.

He said Maraga insisted on the appointment of all the 41 nominees recommended by the Judicial Service Commission (JSC) or none.

But in a recent interview, Maraga claimed there was mischief in the list of rejected nominees.

“The names have changed…those said to have issues; some have been removed and others added, if the list was genuine, why this shift?” Maraga wondered.

Chief Justice Martha Koome has insisted the president must appoint the six nominees.

Very good Mr President! Someone has to stand against these thieves! I’m surprised that Koome wants the thieves appointed so they can wreck havoc to our country! She should tell them to carry their own damn cross! As a matter of fact they should all be in jail as we speak, especially Ngugi and odunga.

What is wrong with Martha Koome? Kenyans want the corruption dragon slain while the new CJ want to go to bed with the six corrupt judges! This is totally unbelievable! Koome should step down if she can not understand these thieves are making a mockery to the justice system.

Tell us the intelligence dossier you got on each one of them.... we need to know.... information is the basis on which informed decisions are made. Wanjiku needs to know... otherwise immediately you hit the frame come 2022 and after, who knows what/who will be served Wanjiku....

Thug Uhuru is not ashamed to question the judges integrity yet he is leading other thugs in looting shs 2b.per day.How come he has not received intelligence reports about the on-going looting from taxpayers.How can the useless drunkard who recently bribed 2600 MCAs with shs 2m each to pass BBI describe others as corrupt?Why doesn’t he appoint judicial commissions to investigate the said judges as they are still in the bench?

Uhuru is now the cleanest guy devoid of corruption. Smh. All the wealth you are ravishing was proceeds of crime. No president has defied court orders the most.

This man should have been left at The Hague.