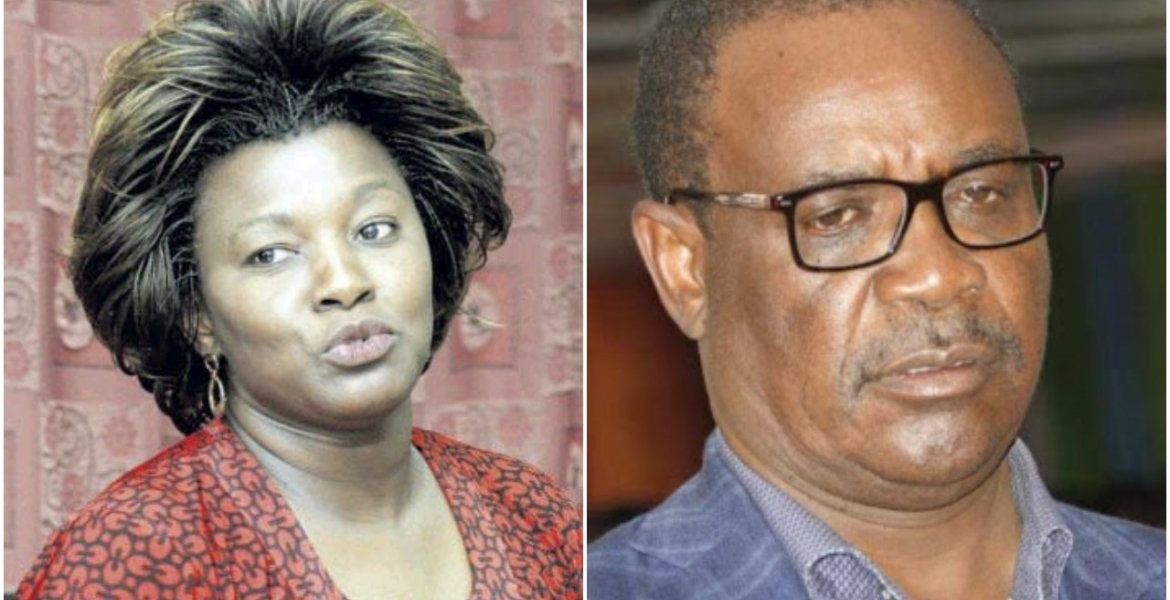 She noted that Kidero’s arrogance during his tenure as Nairobi governor was his greatest undoing.

“If I did not go strong on Kidero, I would have opened a floodgate of every woman vying for a seat being treated in the same way Kidero treated me,” added Shebesh.

Kidero slapped Shebesh during a heated verbal exchange outside his office at City Hall in September 2013.

Shebesh had confronted Kidero over the county employees’ strike, which paralyzed operations at City Hall over unpaid salaries.

She had earlier addressed the protesting workers outside City Hall before proceeding to the governor’s chambers to seek an audience with him.

A video shared online showed Kidero emerging from his office before slapping Shebesh in the face.

Shortly after the incident, Kidero called a press briefing where he claimed he could not remember slapping anybody.

“As far as I can recollect, I was in my office and I do not remember slapping anybody, all I know is that there was a scuffle at my office,” said Kidero.

Yeah, it was an expensive slap.But the problem is that the money he paid you was stolen from public coffers.So pretty much Kidero got off Scottfree.
I wonder how Kidero himself would react if some man slapped his wife in public.What ashame.
This barbaric behavior should have landed him in jail for at least 3months.That way the public would feel like their money was not totally lost.

This happened 8 years ago, is there nothing better to report?.

Why don’t you go for another shs 30 mil slap! I will give you a Kshs 60 million slap and keep on moving!!

I dont condone it but afist would fetch 2x that much.

Shebesh condones the slap as long as the money keep coming her way! Too much nonsense in these political games!

She's set the price of feminazism so high esp for a tom boy. Mutua might use this on Ruto firm handshake he felt unsafe about.

This woman is a Slut; Useless to the Hilt.

@Maxiely exactly he slaps you then he stole the money back from the public.Shebesh u stood too low.You could have let the idiot go to Jail n resigns from office.Sometimes u must fight for the right reasons but again an mpig once they see the monies they go bazak.Bure kabisa shebesh.

In many advanced democracies, commiting a violent act against a person ( more so a woman) in public, would have ended a political career and landed the misogynistic brute in jail. But in Kenya, it's just another day in politics.

And shebesh is bragging about the money she received not even realizing the damage did to women pride .. Hii Kenya yetu!

How come these adulterers are always paid by taxpayers money?Mukami is boasting that she was paid shs 30m. for touching Kindero’s penis in the public.Another hooker was twice paid shs 790 NYS funds for extra martial intercourses with Uhuru and unga carrier,Raila and shs 10m as ya kusindikisha.But Mukhisa will personally pay some shs 10m. for to rape Opima.I wish Nyaka clarified why NDURUME/PENGENYE is expensive than Nairobi city plots.

Easy come; Easy go. This man Kidero brought down Mumias Sugar Company; by Eating it's Money without Brakes. No sympathy with him at him.

So! Do you have sympathy for Shebeshi who just pocketed a huge sum of cash from Kidero!? She is looking for another Kidero to slap her to keep piling some cash! What a loser!