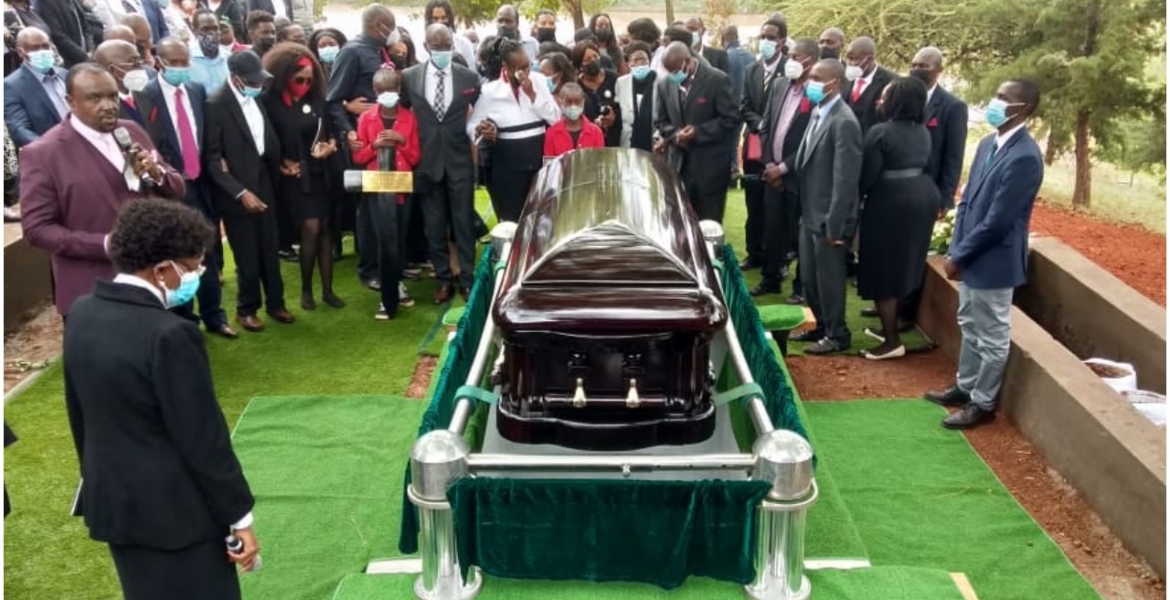 Renowned businessman Chris Kirubi has been laid to rest.

Kirubi, who died on Monday after a long battle with cancer, was buried at his Bendor Estate in Murang’a County on Saturday.

The send-off ceremony was attended by family members, close friends, and some government officials led by Transport CS James Macharia and his ICT counterpart Joe Mucheru.

President Kenyatta whose eulogy was read by CS Macharia described Kirubi as a peace-loving and hardworking patriot who aspired to live his life to the fullest devoid of any controversies.

She added that the family will not have an endless succession court as witnessed in the families of other departed Kenyan billionaires.

“Ours will be different…all shall be well, your legacy will live on as the peace you built,” Mary-Ann said.

Mary-Ann revealed that plans are underway to establish the Chris Kirubi Foundation to support Education and Mentorship, Health (Diabetes and Cancer), Technology (Innovations), and Agriculture sectors.

Kirubi, 80, died on June 14th, four years after he was diagnosed with cancer.

An excerpt from his eulogy noted that he sought treatment in the United States and locally since then, but the illness deteriorated.

He was a renowned investor, industrialist, and entrepreneur with interests in manufacturing, media, real estate, insurance, and investment.

Rest well but you could have helped a lot with your ill gotten gains. You don’t take this shit with you.