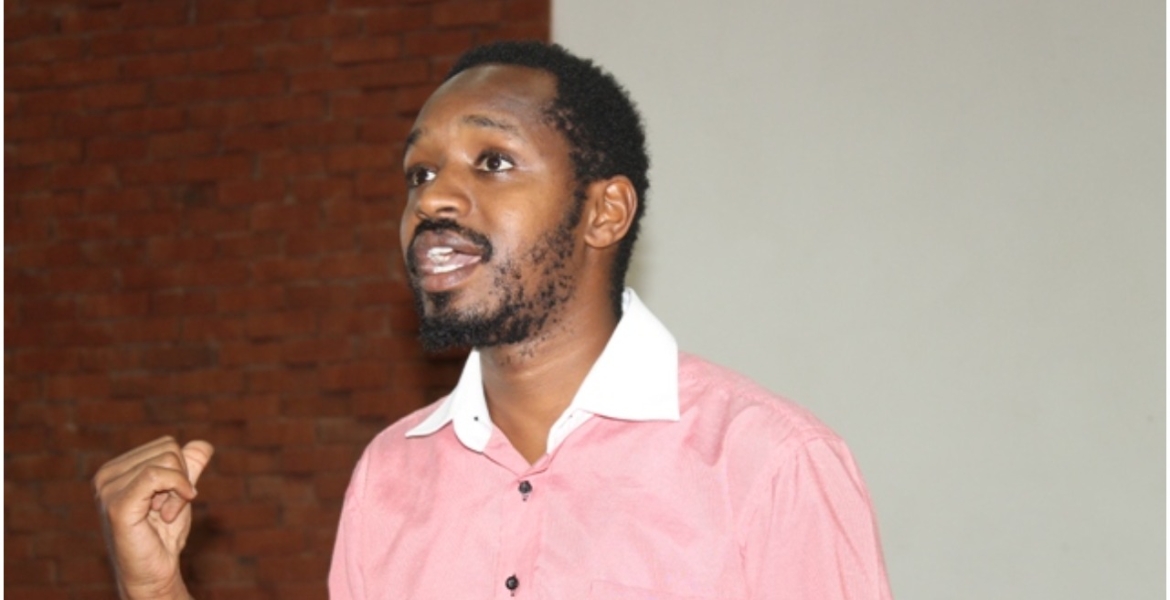 Shioso noted that Mwangi demanded that the officers produce their identification despite being fully dressed in their official uniforms and armed with official weapons.

The service denied claims that the officers assaulted the activist, who claims to have sustained bruises and a broken phone.

“Towards the end of the scene of the altercation, the subject activist can clearly be seen running away, falling on the floor all by himself, and kicking his legs in the air. He is surrounded by the officers who are trying to restrain or contain him,” Shioso said in a statement.

“The subject activist was not assaulted but instead caused an unnecessary drama by running away and felling himself on the floor only to cause a commotion that was meant to aid the escape of the arrested defaulters.”

“NPS regrets unnecessary situations staged for the cameras and aimed at escalating unnecessary tension between the police and the public,” Shioso added.

In a video shared online, Mwangi claimed that a group of men accompanying GSU officers walked into a barbershop and arrested the receptionist.

He added: “Because l recorded them, the GSU officers wanted to take my phone, I refused and in my attempt to run away, I fell. They caught up with me and beat me up. Even after the beating l didn’t hand over my phone.”

Mwangi has since reported the matter to the Central police station and the Independent Police Oversight Authority (IPOA).

Independent Police Oversight Authority is another dead body used to hoodwink Kenyans in policing issues.
How many have been convicted?
What has it achieved?
GOOD LUCK BONIFACE.

May be when we are called Third World Nations, it does not only apply to economic level.I can see now that it also applies to the level our society treats its citizens in what is supposed to be a civilized world. Isaw this clip where Indian police we clobbering Indians who had violated Covid 19 safely guidelines.Sounds familiar....
I am sure we can agree that with all their"troubles", police in places like the USA,and UK generally treat the public better,and the public reciprocates in kind.

True Comrade Maxiley,
But the issue is folks believing that just because you have that police badge, you're above the law.
AIN'T IT HAPPENING EVEN IN AMERICA?

Shiosho should first tell Kenyans how and why the GSU & KRA officers were assisting agents of NMS,an illegal organization collect money from Kenyans.NMS & MUNGIKI are illegal but both are headed by Uhuru.I am not opposed to taxation,NO,but it must be done legally.Can Shiosho also explain why the thuggery officers could not identify themselves if they were not on extortion mission?

Don't be so naive to agree with all that has been said and stated by the complainant. Sometimes its good to think objectively and question the character of the complainant Mwangi who seem to be an opportunist looking for relevance at the slightest chance. He feeds off these. Spare our sympathies on true causes not huyu msee.