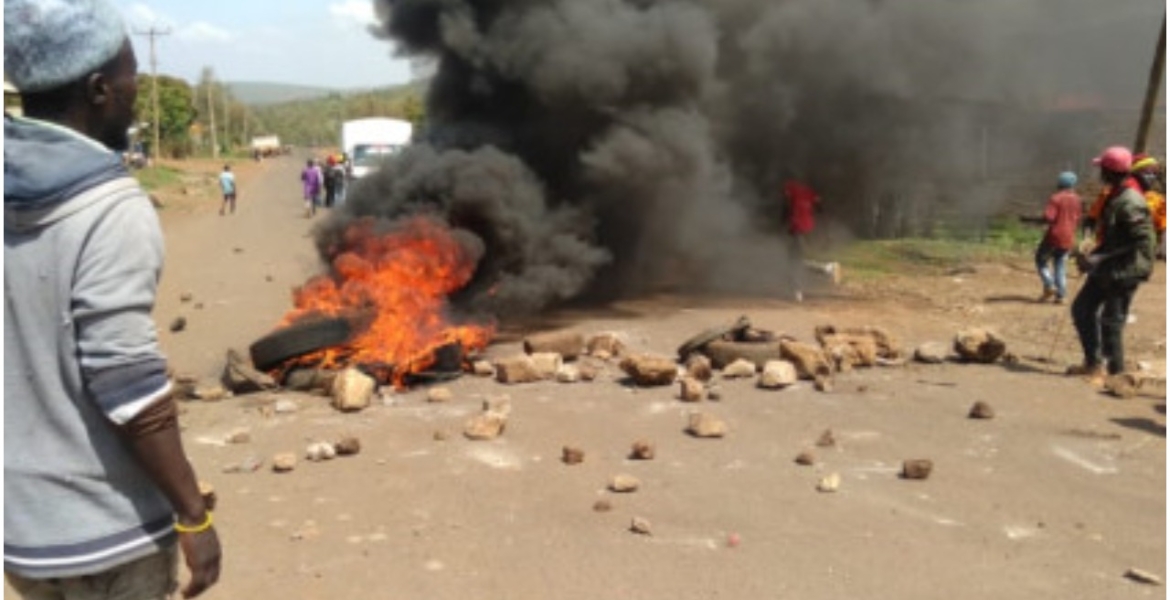 A section of Tigania East residents staged a protest on Friday demanding to be given money allegedly left by Deputy President William Ruto.

Ruto is said to have donated Sh600,000 to boda-boda operators and women groups during his recent tour of the region to drum up support for his 2022 presidential bid.

It is alleged that Ruto gave the handout following a request by politician Titus Mwiti, who is eying the Tigania East parliamentary seat in next year’s election.

Residents say the money, which was meant to ‘empower’ members of the two groups, did not reach them.

They barricaded the busy Meru-Maua road demanding the cash and accused area MP Gichunge Kabeabea of holding the funds.

But Kabeabea, who was away during Ruto’s visit, refuted the claims, saying the money was not given to him.

The locals now want the deputy president to come clean on who received the funds on their behalf.

Police officers were forced to fire in the air and lob teargas to disperse the angry crowd that was burning tires on the busy road and disrupting traffic.

You are trying to recover stolen money and there is no honor among thieves.When you injure yourselves fighting over stolen loot you have to settle for the county hospital where you will be lucky to see a doctor while your donor flies abroad for treatment.Watu waerevuke.

This man Ruto presidency is life and death to him. He is literally buying it cash. Mungu saidia wakenya

Ruto has some “ kiwandas”. A kiwanda that employs people doesn’t necessarily have to produce smoke. He has over a million chicken which employs a lot of people. He has Weston also coming in as an employer. And many more among the ones Matiangi released the other day.
And he doesn’t need to have anything like this or personally employ anyone to be president. All he is doing is providing good leadership by empowering you and me to be job creators and employers.

Man Kenyans are cursed. Why fight over hand outs ??

Ruto has Moi's handout mentality. But then he also has the looting mentality. Kenyans ought to br careful lest this dude takes them back to Nyayo...

The biggest thief WSR corrupting youthful Kenyans with stolen money! This foolish DP must be reject by sane Kenyans who understand the destruction he is doing to our country! He is teaching our youths how to be dependent on others through handouts!

DP is the man to go with. The problem is not the empowerment fund but the receiver failed to deliver the funds. Such are the problems we must get ride off and we need leaders like DP Ruto to be able to identify such people. DP Ruto should continue doing the good work and ensure that all Kenyans at the bottom of the pyramid are rescued. Keep up our beloved President William Sameo Ruto

As long as people like you exist, there is no hope for our beloved country, Kenya!

Why not give a dummy cheque then mpesa the money later. Campaign season is handouts season.