Ruto Claps Back at Raila for Questioning His Donations 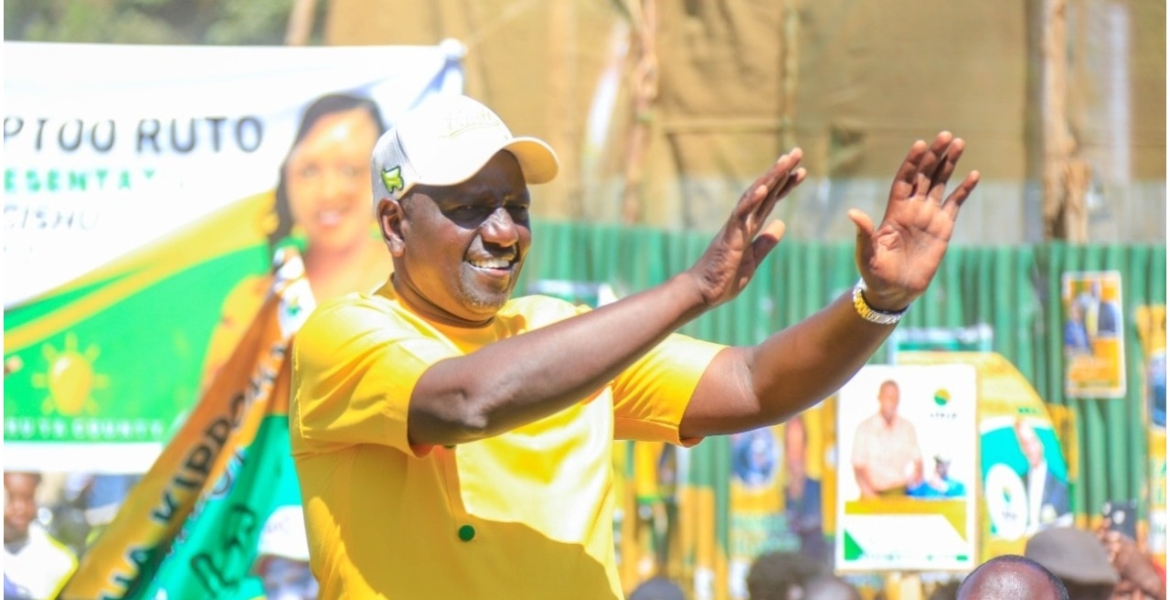 Deputy President William Ruto has hit back at ODM leader Raila Odinga for questioning his church and harambee donations.

While defending himself against claims that he was dishing out illicit proceeds, the deputy president said he is proud of helping the needy and Odinga should refrain from discussing his finances.

He added: “I want to tell my competitors and Kenyans that I have not appointed any politician to be an auditor of the finances that I have. Those masquerading as if they are auditors to anybody, they are fakes.”

Ruto, who was addressing a mega rally at Eldoret Sports Club on Saturday, accused Raila of playing the victim, saying it was hypocritical for him to focus on his little donations while he is himself a billionaire.

At the same time, Ruto exuded confidence that he will defeat Odinga in the August 9th presidential election despite being backed by the State.

How many or where or who has baba helped???
Look at kibera ? He was there for decades
And now he thinks he can something for Kenyans ????🤣🤣🤣🤣🤣

The difference between you(Ruto) and Raila he inherited some from his father and build it from there. Ruto yake hatujui alitoa wapi. I remember in 2013 Ruto said he is worth 200 million and is a billionaire

These gangsters know each other.Muuaji Raila was licensed to sell METHERNOL to Mt. Kenya youths by expired muuaji Moi since 1990s.Jambazi Ruto has confirmed the source of the poisonous drink is muchawi.I watched a whatts app propaganda video trying to connect Ruto to muuaji Raila’s financiers-miitu Wanjigi,Mwau and alcoholic brewer trader Kariuki’s illegal deals.But the GATI commentator forgot most Kenyans are now wiser to believe her poop thinking.

Connect to collect strategy. Raila is donating to witches and warlocks only. Shetani ashindwe