Six Chinese Nationals Arrested for Working in Kenya Without Permits 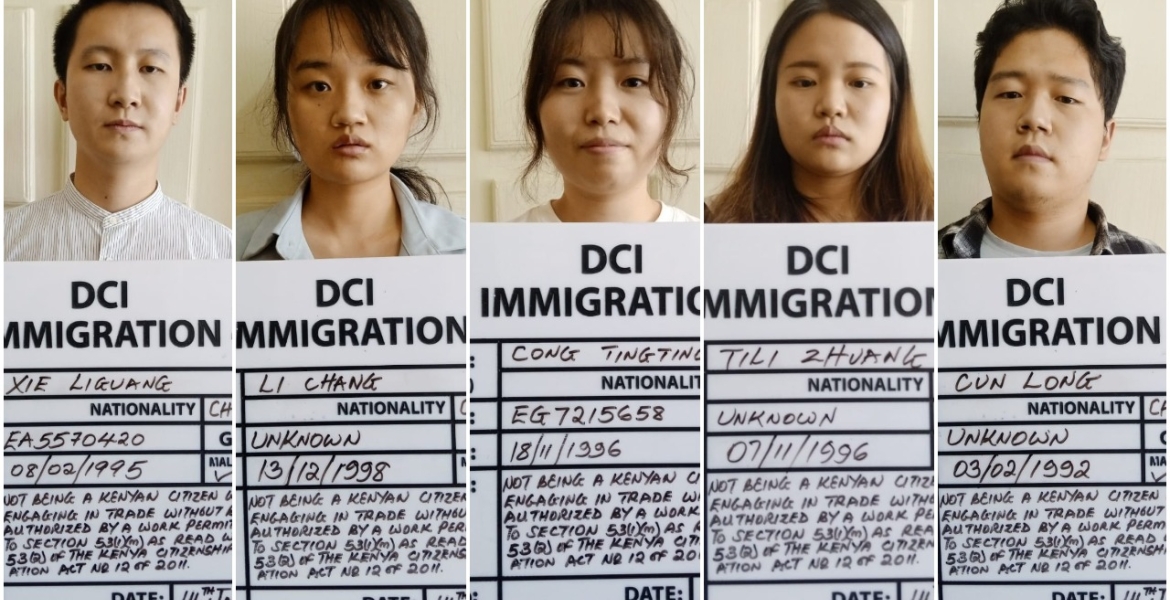 Police in Nairobi are detaining six Chinese nationals for operating in the country without work permits.

Acting on a tip-off, officers from the National Police Service (NPS) and the Immigration Department on Friday arrested the six suspects in Nairobi’s Imara Daima area where they were employed without the required documentation.

The foreigners are being held in lawful police custody awaiting arraignment on Monday to face charges of engaging in trade without being authorized by a work permit contrary to section 53 (1) as read with section 53 (2) of the Kenya Citizenship and Immigration Act.

NPS issued a stern warning to employers in the country against employing immigrants without approved work permits.

“We caution employers that it is illegal for any foreigner to work in Kenya without a valid work permit,” NPS stated.

Arrest also Indians . Oh, iforgot Indians knows how to bribe which is good for economy. Everyone get something

You lack intelligence by your comments

@Niglet you lack intelligence by your username. You're just a sad and pathetic racist troll. Find something better to do with your life you disgrace of a human being.

Get a life scumbag

Bribe is good because that traffic posted very far from home will like to enjoy to avoid depression. Some money will go servicing by prostute with eight fatherless babies. Children will be fed and will be happy.

ALL COUNT IS MAKING PEOPLE HAPPY. THAT THE BALL GAME

Bribery in AMERICA is called lobbying.