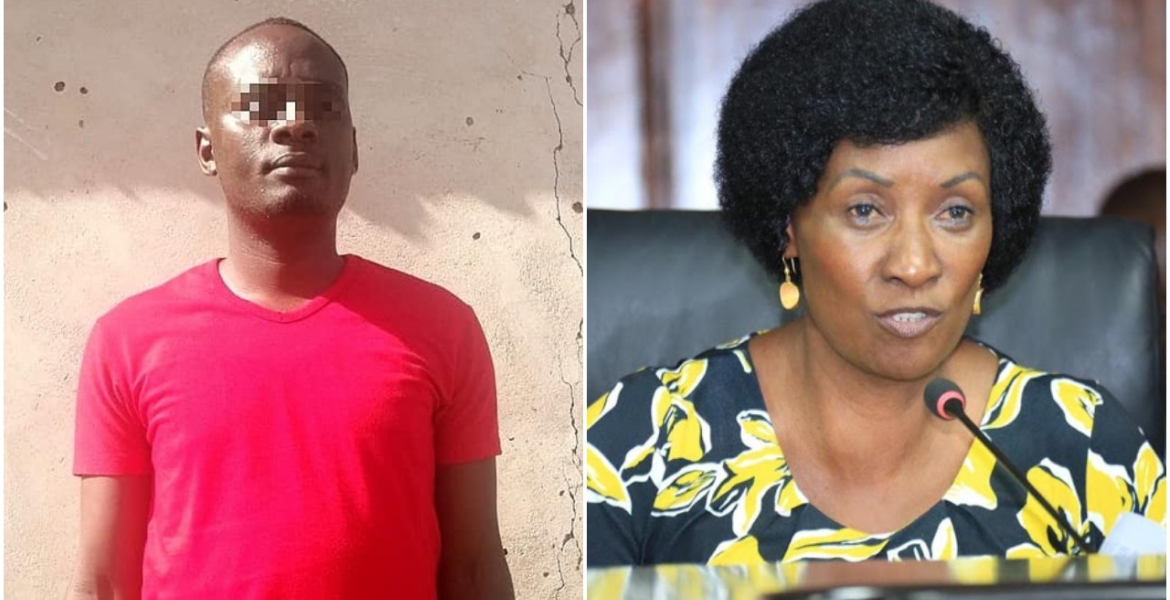 A teacher accused of creating a fake Facebook account for Teachers Service Commission (TSC) has been arrested.

Jeremiah Mwavuganga Samuel, who used the pseudo account to post fake news about the death of TSC CEO Nancy Macharia, was arrested on Saturday at Makutano shopping centre in Makueni county.

The arrest of Mwavuganga, a teacher at Musini Primary School in Makueni, followed an extensive forensic analysis to identify the suspect, the Directorate of Criminal Investigations (DCI) says.

Upon his arrest, the 31-year-old teacher, who has been at the school for four years, was found in possession of the handset believed to have been used in creating the viral post.

Mwavuganga was taken to DCI headquarters in Nairobi where appropriate charges are being preferred against him. He will be arraigned in court on Monday.

The DCI has warned those misusing social media platforms by authoring misleading messages aimed at causing abject humiliation, blackmailing, defrauding, and any such information that is punishable by law.

“Such contemptible conducts will be investigated and perpetrators brought to book,” the DCI warned.

Yaani Kinoti doesn’t have more serious cases to investigate?How can the agency follow such a petty crime which can be handled by the Musini NYUMBA KUMI guys?Who is waMacharia as compared to thousands of unresolved murder and corruption cases?Has Kinoti investigated thousands of bribery allegations by teachers against TSC staff?