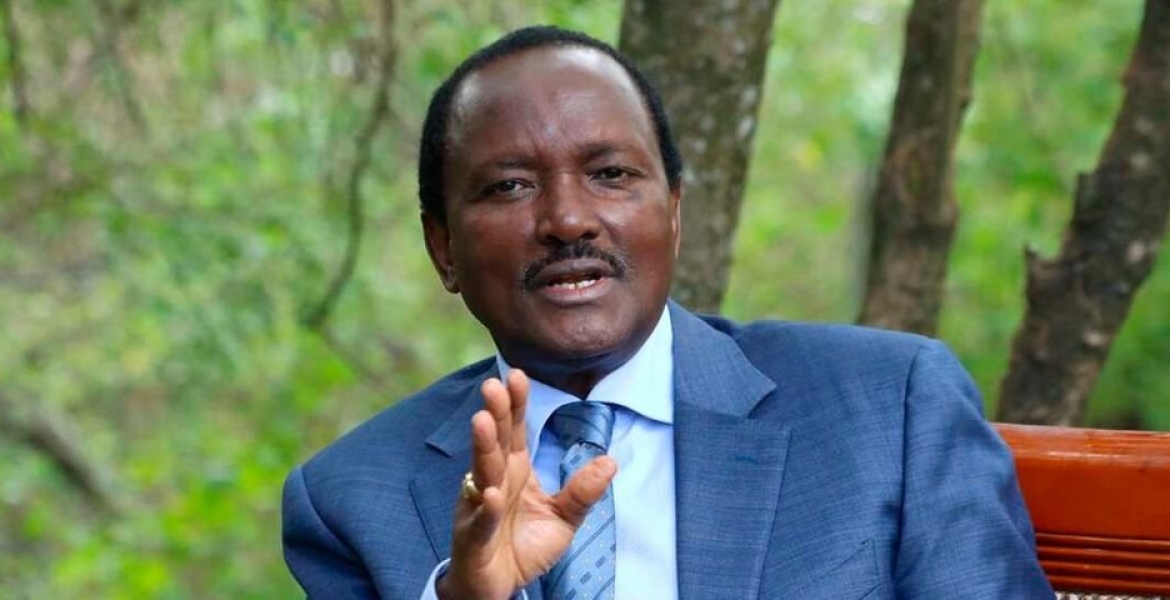 Kilonzo indicated that the Wiper party has already collected 2,000 signatures across 24 counties in line with Independent Electoral and Boundaries Commission’s (IEBC) guidelines which will qualify Musyoka to vie for the presidency if he ditches the Azimio-One Kenya coalition.

The Senator noted that the Wiper National Management Council on Monday unanimously approved Musyoka’s presidential bid in anticipation of his exit from the Odinga-led outfit.

“We agreed that the signature collection should start immediately and be complete by Thursday; we are looking ahead. We cannot be begging all the time. We are ahead of the game,” he told The Standard.

On Thursday, the Azimio La Umoja-One Kenya coalition running mate selection panel submitted the names of the top three candidates to Odinga to make a final decision. The panel’s chairperson Dr. Noah Wekesa said Odinga will reveal the identity of the three nominees.

Odinga, who is giving his fifth stab at the presidency, is expected to name his running mate ahead of the May 16th deadline set by Independent Electoral and Boundaries Commission (IEBC).

He should ran. He seems unhappy.

Who will vote for this dummy? Just a watermelon but nothing more. Kalonzo’s ni kubafu sana. Go run for yourself and your mother.

Mutura jnr you not ahead of the game. Deep in your heart you know that is a failed bid.

Mutula jr grew up with a silky silver spoon I. His damn mouth and does not care about the Kenyan people. Those in wiper always talk childish games. The kamuti they drink every morning have made them stupid.

This foolish goon kalonzo is out of touch with the realities of this world. Kalonzo and the kamba team shows how selfish huyu watermelon is.

All he cares about is his hungry stomach. Raila shouldn’t even bother to pick this goddam loser. Mtu wa katikati.

What is kalonzo and wiper teaching the youth? That you can’t compromise your interests for the common good of the nation? But it’s not surprising to see kalonzo behaving like a toddler. This foolish watermelon is really stupid.

In fact I was pro-Azimio until Kalonzo joined the coalition. What is he waiting for? Good riddance Kalonzo!!

Take a damn position like a real man Kalonzo and stop wavering like a shaky tree branch in the midst of a turbulent wind.

What is wrong with these weak kamba men? Do you have to display your greed l, empty arrogance and selfishness even to the little kids around you?

No wonder we regularly see Kamba women doing better in leadership positions than their men. And again Kambas address a male as “mutumia” simply meaning a”female” of some sorts.

So Kalonzo’s is a “mutumia” and all the reasons he is so damn confused. All kalonzo cares about is simply himself. Can kalonzo stop acting like an idiot.

Well, Mutua copied his watermelon copy cat. Now I understand why Lillian Nganga dumped him. Them folks cannot be trusted or called upon to save a country.

Who cares about this watermelon? Let the bitch run. She is not going to get more than five genuine votes; however, she will be good in facilitating rigged votes as it will be difficult to determine his genuine votes and the rigged ones. I would tell bitch Kalonzo "Go ahead and run!!!"

@yusuf - I have never seen a man who is so confused to a point he does not know where his penis is located. Kenyans have heard of enough of kalonzo and wiper blades. Nyangau hawa.

We are waiting for the announcement of Martha Wangari Karua as Raila Omollo Odinga running mate. The deal is done live with it Kalonzo or go hang yourself!!!!

Kalonzo has no National interests at heart. He won’t care if kenya goes up in flames. Worse still, kalonzo does not care about the plight of the Kenyan people. It’s all about HIM and his little interests led by his greed for money. That’s all.

So all is about Kalonzo being VP..remember your turn you need support to be president. you dont support Raila who will support u there after..see what hapened btn Uhuru and Ruto...the cake is big you too have personal interest in the same..Martha Karua Tosha

Kalonzo can take his empty stomach to seikuri. He is the reason a few other myopic guys like Mutua are leaving Azimio. He should not be selected to be Raila’s deputy. Kwenda huko kalonzo. Who do you think you are?

This is sheer greed for power. Don’t waste any more time bastard. You cannot blackmail Azimio and Kenya to fulfill your personal ambitions. Follow your brother Mutua to UDA. That’s where you belong. That’s where money from corruption is stored. You will get your share. Kalonzo, you have exposed yourself for the fool you are. Is this the character of a man who claims to be God fearing? Do you think you are the only person who can be Kenya’s VP. Show us your record when you were one? Instead of payukaring, go ahead and run. You are wasting out time and yours. God riddance. Azimio will be better off without such an idiot as you seem to be.

All Kalonzo wants is to be picked deputy president but this desperate man has not even campaigned for RAO since the day he joined Azimio. He keeps threatening Raila that he will fail if he does not pick him up.

Kalonzo s a paid project by the biggest thief in Kenya to destroy Azimio. He does not deserve to be the DP.

You go ahead watermelon, you go ahead and run alone. Kenya is all about one self serving greedy dude. To damn spoiler! You make the Kamba community look childish and silly. Go ahead dude and make your small brains happy. You have played enough small games. It’s time for Kambas to speak because you are making all of us look like idiots.

Kalonzo is neither here nor there. This watermelon can not be trusted. Even if the whole world recommends him for running mate position, Raila should far away from him.
Anyway, let him join share he likes. The fact is: he can't get that position. Let him running for president and get made 1000 votes from his family and relatives, or hangs himself as he is selfish, period

RAO should not let Kalonzo’s theatrics to force him make the wrong DP selection decision. Kalonzo will make the worst DP for Raila because of his lack of maturity, decency and courtesy.

Someone need to tell kalonzo that he is not all that politically valuable to either Raila or Ruto. He needs to climb down the high horse and see a dose of true reality on the ground level. RAO will be the 5th president of the Republic of Kenya with/without kalonzo.

Kalonzo’s will be worse than Ruto as a DP if Raila softens to his silly pressures. Kalonzo is a negative energy to RAO.

Steve is a very burdensome political liability to Raila. As a matter of fact Kalonzo is a Ruto mole in Azimio. He lacks wisdom and a clear foresight. He cant be a DP of Kenya.

Kalonzo likes to create problems which do not exist. He does it in a very selfish manner to make his presence felt and inadvertently noticed.

The RAO’s running mate is a done deal, but Kalonzo is still beholden to the old time thinking that he is still a valuable player in the game of politics.

Unfortunately events have already overtaken Kalonzo’s zeal to be a DP or the president. He should relax and wait for whatever position RAO will throw at him after 9 August 2022.

But for now Kalonzo is not the preferred candidate for the number 2 slot no much how much noise the wiper group makes as they try to make him the second in command.

Did know Water Melon Boy was a Senator

I have said from the get go that kalonzo was a Ruto mole within Azimio. It’s time for Raila to let this foolish moron go…. Kenya is better of without a dummy politician. Kalonzo is pure shame to humanity. Never in my earthly life have I ever seen a man controlled by selfishness and greed like Kalonzo…

Kalonzo does not stand a chance to contest for Kenya’s presidency. And if he does, he will lose badly. Kenyans do not like a selfish creature who only thinks about himself.

Kalonzo have really presented the kamba men in very bad light; as greedy, selfish, indecisive and lacking direction in the myopic view point of things.

Kalonzo will never be Kenya’s president. He can keep running forever but he will never make it. Huyu mtu wa katikati, the watermelon.

I honestly think kalonzo is mentally sick and confused.