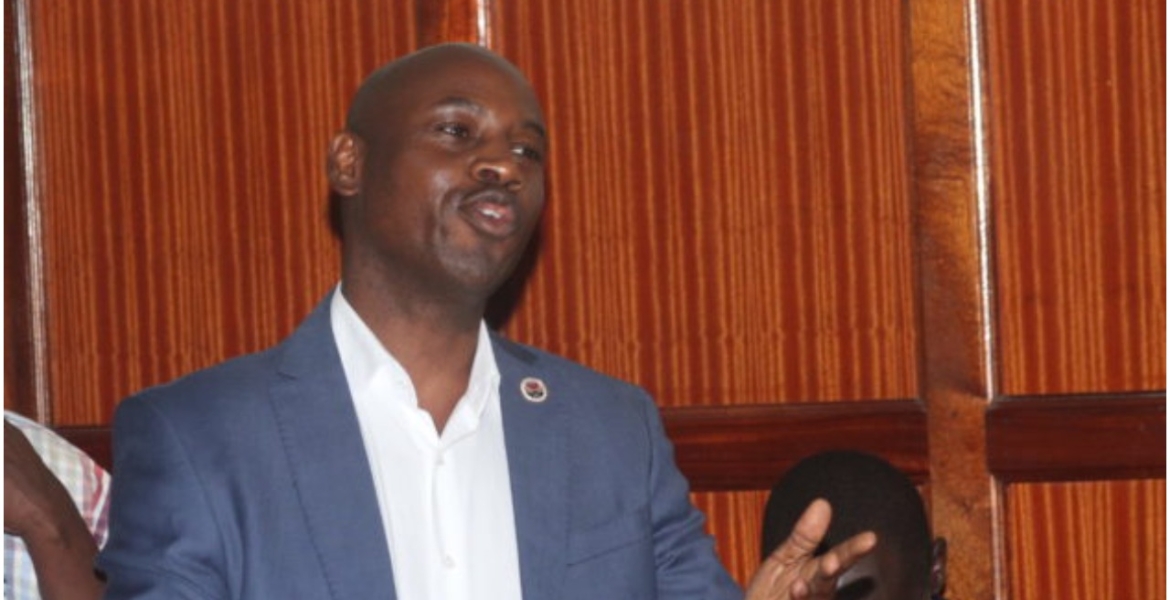 Umoja Summit Party presidential aspirant Walter ‘Nyambane’ Mong’are was at pains to explain how he completed his university degree in seven months.

Mong’are filed an appeal after the Independent Electoral and Boundaries Commission (IEBC) revoked his clearance to vie for the presidency in the August 9th elections over questionable academic credentials.

On Friday, the IEBC Dispute Resolution Committee put him to task to explain how he completed his degree after studying at Daystar University for seven months from May 10th, 2021, to December 18th, 2021.

During the proceedings heard at Milimani Law Courts, Mong’are affirmed that he completed his studies after transferring to Daystar University from Kenyatta University, and was waiting to graduate in November this year.

“A degree is not a one-off event, it is not a graduation ceremony where many relatives are ferried into town and buy very good flowers; it is a prescribed program study,” his lawyer Alutalala Mukhwana submitted.

Mong’are and his lawyer could not show the said units in his transcripts following the alleged transfer.

“When you transfer units from one university to the other it’s supposed to appear in the final transcript….from page 8 to page 13 how many units are those? Do you have 142?” IEBC commissioner Abdi Guliye, a member of the panel, asked.

“I’m coming to the transfer. Looking at the start of the entry date and the end date, that’s how many months? It’s about six months, isn’t it? In short, your client was a student for seven months, is that correct?”

The tribunal will determine Mong'are's fate on Sunday.

The dude was busy imitating Nyayo but never graduated from KU.

Nyambena build a good career imitating Moi to a point he thought education was not necessary simply because Moi did not have much education but ruled for 24 years.

Why do Kenyans entertain comedians like Nyambena to waste their valuable time with nonsense? Why?

This guy won’t even make a good president because he has already started lying like WSR and corruption. He shouldn’t be cleared to run.

If you fail to meet your credit obligations, you get blacklisted. It is time for aspirants of any public office found to be of questionable integrity to be barred from vying for any such office for the rest of their lives. These clown are just going to fill their pockets. Siasa za "mtu wetu" zarudisha nchi nyuma.

Please tell that to Chebukati because he is the one clearing fools with questionable education. It’s corruption of the highest order from the IEBC and this kind of behavior must be stopped.