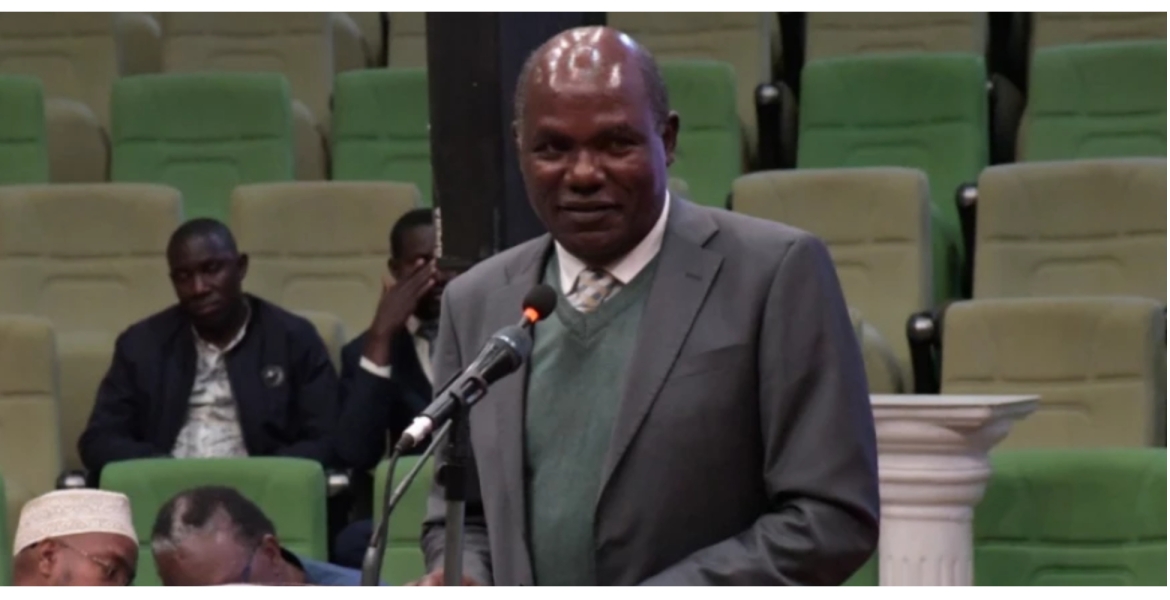 IEBC Chairperson Wafula Chebukati claims that he was approached by emissaries allied to the Azimio La Umoja One Kenya coalition who wanted him to alter the results of the presidential election in favor of Raila Odinga.

In his replying affidavit to the petition challenging president-elect William Ruto’s victory at the Supreme Court, Chebukati claims that he was informed that Azimio Executive Director Raphael Tuju and former Kitui Governor Charity Ngilu initially sought to have a meeting with him on August 13th.

The two allegedly wanted the commission to first consult chief agents before making the decision to expedite the verification of presidential votes but he asked them to follow the duly stipulated protocol for raising their grievances.

Two days later, Chebukati claims Tuju managed to meet him in the company of former Busia Senator Amos Wako and lawyer Kyalo Mbobu, who attempted to convince him to alter the results.

He claims the three promised him a handsome compensation but he turned down the offer, insisting that the government pays him well to execute his mandate.

“…at about 3am on the morning of 15th August, 2022, I was visited by Raphael Tuju, Senator Amos Wako and Advocate Kyalo Mbobu. They indicated that they had made several attempts to see me to discuss the tallying and results. I told them that I could only meet them in the presence of all Commissioners,” Chebukati says in the affidavit.

“…shortly after, all the Commissioners joined us and Senator Wako was the first to speak. His message was that the Commission should not operate in a vacuum and that it must consider the link between the election results to be declared and stability of the country which he described to be the bigger picture. He proceeded to indicate that in his tenure as Attorney General he was the election supervisor and would moderate results guided by the need to achieve law and stability.”

He added: “Raphael Tuju spoke after Senator Wako. He indicated that it was necessary for the results to be 'moderated in favour of baba' and that any contrary declaration of results would 'plunge the country into chaos'. As an alternative, he suggested that in the event that it was not possible to declare 'baba' as the President-Elect, then the Commission should force a run-off. For this, he indicated that should his request be granted it would be adequately rewarded.”

Chebukati claims four IEBC commissioners; Vice Chairperson Juliana Cherera, Justus Nyang’aya, Irene Masit, and Francis Wanderi agreed with proposal to manipulate the results in favor of one of the presidential candidates while commissioners Abdi Guliye and Boya Molu as well as CEO Hussein Marjan declined to discuss such a matter.

“…having heard the sentiments of Hon. Tuju and Senator Wako, I invited the Commissioners to comment. Commissioners Juliana Cherera, Justus Nyang'aya, Irene Masit and Francis Wanderi agreed with the remarks of both Senator Wako and Hon. Tuju. On the other hand, Commissioner Prof. Abdi Guliye took the view that they did not even know the result by then and that the issue could not fall for discussion, a view that was shared by Commissioner Molu and the CEO,” says Chebukati.

“On my part, I took the firm view that I will respect the will of the people and announce the results as per the final tally from all the polling stations. As regards the incentive, I was categorical that I am adequately remunerated and do not want anything from anyone. Prof. Guliye and Commissioner Molu supported this view. The team left after about an hour.”

Listen Mugikuyu. NOTE the Difference between CORRECTING and ALTERING (Election Results). The 2 Azimio members Dad seen🙄 Lots of Malpractice by UDA Agents (with IEBC) and ALL they Wanted was for Chebukati to Do the Right✅ thing and CORRECT the Matter (before Announcingthe RESULTS). This Idea of the Wanting Chebukati to Modify the Results is Chebukati's FALSE Defense.
Muache kuangukia Uongo wa huyo Kipara-Ongo🤯 mJinga huyu.

The Case in Court about Chebukati having Been BRIBED by UDA to Manipulate the Results in FAVOR of Ruto. And FORMS 34 show Clearly that Chebukati ALTERED them in Favor if Ruto!!!

God has protected this man. Deep state wanted to abduct him and do a Kibaki 2007 night swearing in. They would then kill him.

KING OF CORRUPTION beat the compensation WITH huge offer.

HOW MUCH DID He GIVE YOU? TELL PEOPLE.

NB: Your CRAZY godfather is Known for the 17 CORRUPTions mentioned Above🖕.

" Raila was Not Responsible for the Kiambaa Church Massacre."

Yes I met Chebukati: Tuju responds to IEBC Commissioners' affidavits.
Tuju explains that: He Repeatedly Tried to Get Access to (Chairman) Chebukati When he Got WIND of (Electoral) Malpractice in the System, but was Taken in CIRCLES (by Chebukati).

Did he record the conversations that he claims to have taken place? If so the azimio goose is cooked, if not then it's simply hearsay.

Is a recorded message acceptable as an evidence in Kenya? Article 31?

Where’s the evidence? I don’t trust anybody in Kenya!!

Chebukati is not truthful Azlmio has the most honest personnel’s I ever met in life. Just check them out confessing their lives on sunday come Monday they disappear

Chebukati is lying like a dead smelly dog trying not o exonerate himself from forging the election. Chebukati asked ruto for a shs 400 million bribe but ruto doubled up the bribe to shs 800 million to make sure Chebukati compromised the election in his favor. Chebukati need to stop the drama and tell the truth.

Chebukati is lying like a dead smelly dog trying not o exonerate himself from forging the election. Chebukati asked ruto for a shs 400 million bribe but ruto doubled up the bribe to shs 800 million to make sure Chebukati compromised the election in his favor. Chebukati need to stop the drama and tell the truth…

All these criminals must be prosecuted and punished harshly! Pay 💰 back all costs severally and individually to put this kind of criminality corruption and impunity to an end for good! The Supreme Court must show its teeth in an affirmatively and decisively manner!

Let's all sit back and enjoy the drama.
Truth will unfold.
My question is, is Uhuru okay. He hasn't said anything about the elections.
But if I recall correctly Babu Owino was questioning why Uhuru wasn't helping them into gaining power.
Hopefully each team has enough evidence to help them.
All I am hearing is just hearsay of he said, I said, where is the hard evidence.
IEBC has already given their forms 34 A,B and Cs, Railas team have their own.
Let the judicial system do their job.

This chebukati SHOULD be locked up for long long time to be a lesson NOT Mess WITH our votes..

Thank you Wafula! You're the best! The dynasty can't imagine giving away power, that is why they wanted to intimidate you to oblige to handing over power to another one of theirs. This would have been overturning the power of the people(electorate).