Woman Arrested with Over 200 Boxes of Counterfeited Alcohol in Nairobi 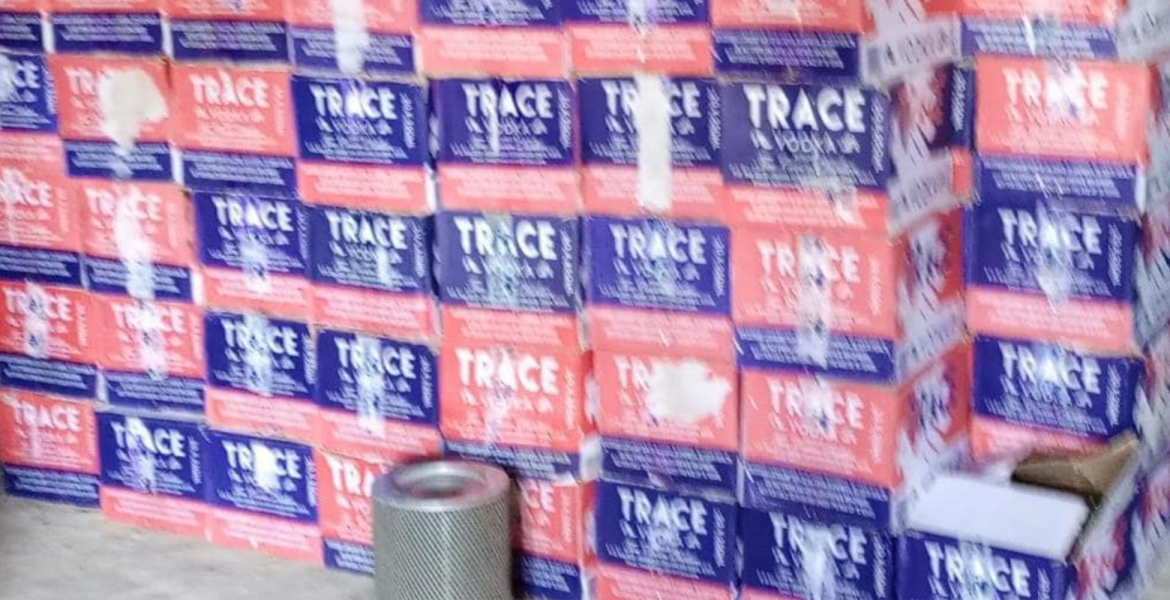 Detectives in Nairobi have arrested a woman with over 200 cartons containing thousands of bottles of counterfeited alcohol.

DCI said the consignment had over 200 cartons containing thousands of bottles of counterfeited spirits destined for the local market.

“The counterfeited drinks whose safety to consumers could not be immediately ascertained, were packaged in branded bottles that are popular locally including, Kane Extra, Trace Vodka, Konyagi, Blue Ice, Kibao Vodka and Chrome Vodka among others,” DCI noted.

Also recovered during the raid, which is part of the ongoing operation on high-level tax evasion schemes by traders dealing in alcoholic products, were an alcohol mixer and fake KRA stamps.

Nyokabi is being held at Kamulu police station, where she is being processed for arraignment.

This is a grand operation. Myokabi is just at the lower end of the distribution.Should the investigation happen to "smoke out" movers and shakers of the society, it will quickly be squashed. Big money changing hands have away of smoothening rough paths.Giving riders a smooth ride to freedom to plot another heist.

Isn't this the Chang'aa Mutua was talking about last week?