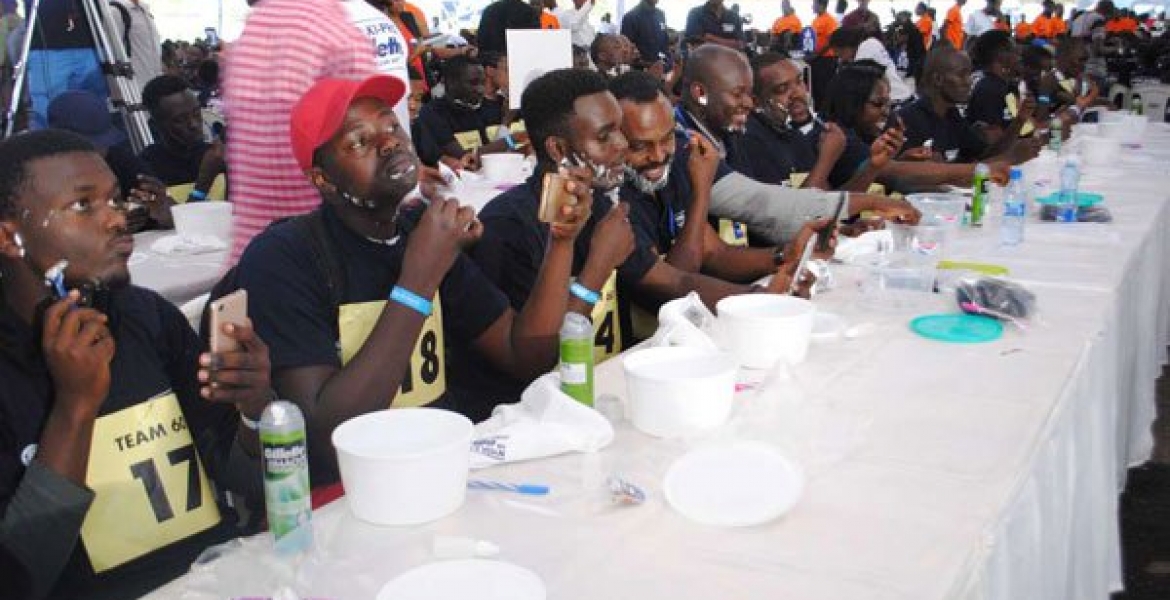 In a bid to break Guinness World for the highest number of people shaving their hairs at the same time, Kenyans on Thursday held a simultaneous shaving session to break the record.

In an event dubbed “Nyoa Ki-pro na Gillette” held at Kenyatta University's main campus in Nairobi, over 3,000 people of between 18 and 45 years took part in the session to have Kenyans overtake the current record of 2,374 people shaving at the same time, held by Mexico.

The event was aimed at sensitizing Kenyan men on the steps and benefits of self-shaving, event sponsors Procter & Gamble Kenya said.

Procter & Gamble brand operations manager Evans Mwaniki revealed that an average Kenyan man shaves about twice a month, but does not like the experience.

He said that the campaign also offered a chance to Kenyan men to learn how to shave correctly. “Through this world record attempt, we hope to educate Kenyan men on the simple grooming techniques that will give them an enhanced shaving experience characterized by great smoothness, optimal comfort and no skin irritation,” he said.

Statistics indicate that 10 per cent of men shave themselves using a razor and another 10 per cent use an electric or hand clipper with the rest visiting a barber shop for convenience.

Procter and Gamble will be sending photos and video evidence of the event to Guinness World Records’ auditors, who will then decide whether Kenya broke the record.

This is about GILLETTE advert; not Kenyans. Kenyans have better things to do than this kind of attempt at "Guiness World of Records."