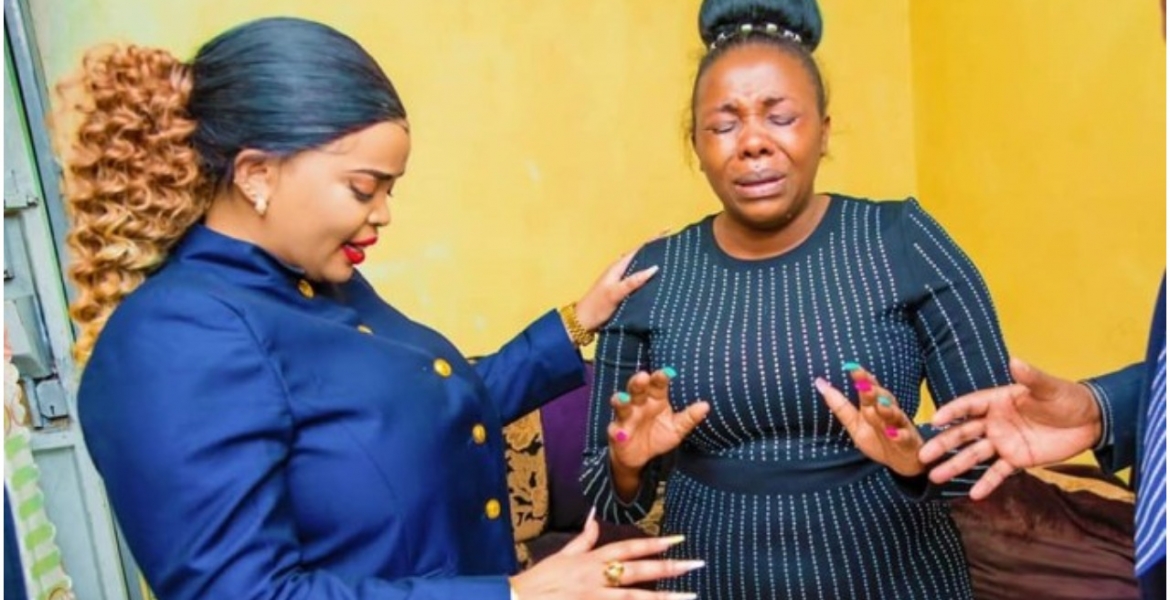 Syokau recently made a passionate appeal for help from well-wishers after falling into financial distress, having spent every coin she had on treatment.

The gospel singer narrated how a misdiagnosis ended up destroying her liver, which saw her hospitalized for weeks with the medical bill hitting the roof.

“I was broke and I told my house help to sell my household items so we can raise funds. I sold my clothes and shoes to offset the hospital bill,” said Syokau, a single mother of one.

On Sunday, Rev. Natasha visited Syokau and donated Sh50,000 in cash, and also helped raise an additional Sh150,000 through her Facebook page. The cleric also promised to buy her household stuff for three months.

Syokau rose to national fame following her Twendi Twendi hit song, in which she declared 2020 would be a prosperous year.

Following her appeal for help, some Kenyans on social media reminded her to remain humble, citing her utterances in September 2020 where she stated that she cannot date a broke man.

At the time, the artiste bragged how she had invested in real estate and was living a good life, saying she cannot entertain a broke man. She also indicated that she had hired bodyguards to protect her.

This looks like a scene for an action movie. I detest ostentatious display of wealth,and showmanship from men and women of the cloth.This is not what religion is about. Jesus clearly paved the way for christians to follow,and its not like that of Owuors,Kanyaris. Ng'ang'a of the world. If any of these so called men and women of God can do the following: Iwill be one of their ardent supporter-
Heal the blind
Turn water into wine or liquor
Raise the dead
Heal the sick
Turn a plate of githeri into bucket fulls
Wipe covid 19
If they cannt do any of these,what makes them any different from pastor Joe-six-pac from some small church in Masai land or where ever?

Your demands are just too many @maxiley! Turn to Jesus Christ and seek the answers to your request from Him! He can respond to your needs and give you some spiritual healing that you need!

Maxiley, you can receive everything you are asking for if you can grow some long sharp nails and dress in a blue female attire!

Whatever you give with your right hand, don't let the left hand know.

When you go to help the poor and struggling people, leave the camera at home.

And how is the world going to know that I helped if I leave the cameras at home?