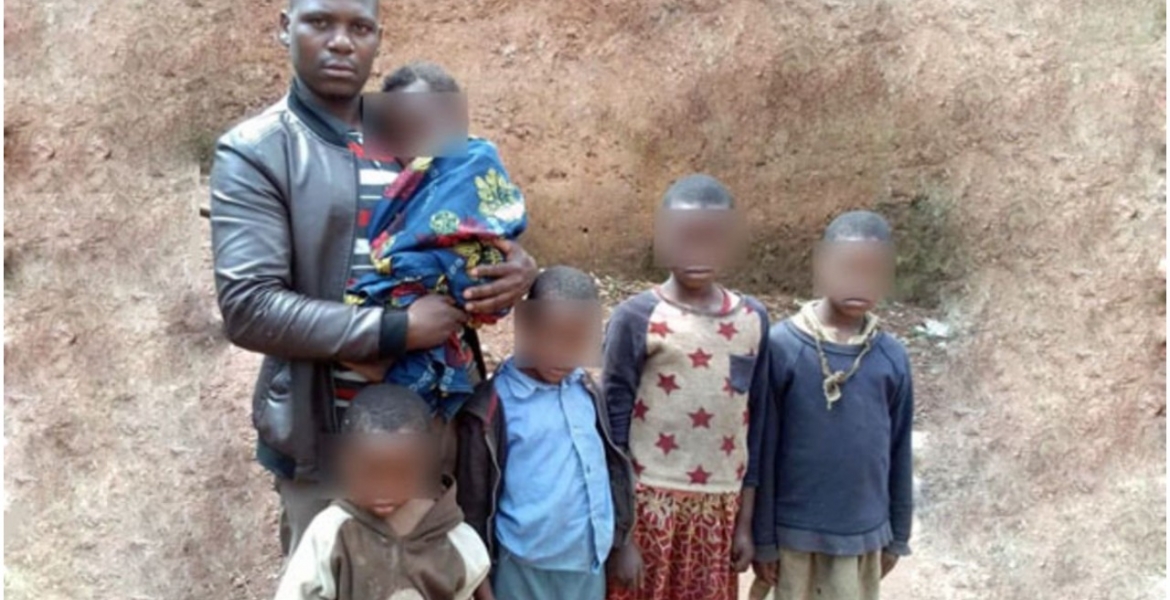 A Ugandan man has been left stranded with five kids after his father-in-law took back his wife over a bride price balance of Ush6 million.

Geoffrey Kakona vowed to keep her daughter unless his son-in-law Laban Sabiti, 29, clears the arrears in full.

Sabiti, a retail businessman in Rubanda District, said he is struggling to take care of his five children following the actions of his father-in-law.

“It is true I delayed paying bride price but I was planning to pay it in December this year. I was surprised when my father-in-law came and took my wife Prize Twikirize even after explaining to him that I was willing to fulfill my traditional obligation,” said Sabiti.

He has since filed a case of child neglect with the police. His eldest child is 10 years old while the last born is a 13-month-old baby, who was still breastfeeding.

Reacting to the matter, Mbarara District senior probation officer Steven Tumwiine said the bride price was outlawed by the government.

Old man must allow refinancing the debt. About time we have a dowry bank or sacco.

@ G777, not sure if you mean Iam a Ugandan,or a man whose wife has returned to her father's homestead...Anyway, I dont see anywhere that he is asking for help in paying dowry?In fact this is not athing people ask for help in.IIf you cannot afford awife,dont marry.

Laban just pay the debt and then make sure she never goes to visit him! Hii madowry is very stupid!

If this is true I will pay so the children can have their mother back. I calculated and it’s less than $25. How can I get it to him?

When Isay that bride price/dowry ,is buying a human being.In this case a wife.Cultural purists disagree preferring to call it - appreciation gift,athank you or some nice word that does not connote human trade.Obviously this story clearly shows that you dont pay,you dont get awife.
This father inlaw is very insensitive. Dont they say kids come first? Then how could he yank their mother from them when they have no part in this adult affair.
I personally would be pretty mad at my wife,it she followed her father , leaving me behind with our kids.Clearly shows where her loyalty is.
Yes abolish this wife buying.It is demeaning.It reduces a woman to a mere commodity.With commercial value,Imight add.

When Isay that bride price/dowry ,is buying a human being.In this case a wife.Cultural purists disagree preferring to call it - appreciation gift,athank you or some nice word that does not connote human trade.Obviously this story clearly shows that you dont pay,you dont get awife.
This father inlaw is very insensitive. Dont they say kids come first? Then how could he yank their mother from them when they have no part in this adult affair.
I personally would be pretty mad at my wife,it she followed her father , leaving me behind with our kids.Clearly shows where her loyalty is.
Yes abolish this wife buying.It is demeaning.It reduces a woman to a mere commodity.With commercial value,Imight add.

Well, the issue here is, do you want to get along with family, or will the Ugandan govt come and live with you?

I like it . Feminists have no right to claim equal rights for paid property.

Paying bride price for a woman is the DUMBEST, most stupid thing a man can do! And many Kenyan men & women are trapped in this stupidity
Marriage is tough in all ways. And especially FINANCIALLY! Why then are our traditions around marriage UPSIDE DOWN? Why shouldn’t we have a situation where we all chip in, especially parents from both sides, to help this new couple succeed in their new endeavor? Why? This is what I call irrational behavior and one major reason keeping men from marrying! It’s utterly stupid & very backward. Bride price is PROSTITUTION extended over a long time where the man is forced to pay for sex (as if the woman doesn’t want it!) How else can you explain it? Some say it’s an appreciation to the woman’s family. Balderdash! What about the man’s family?? Would the woman have chosen him if he wasn’t refined to her standards? Kama ni masomo, kwani kijana pia hakusomeshwa?? Men, say no to this stupidity called bride price & if they try to force you, WALK AWAY, period. Some of us did it & married elsewhere bila kusumbuliwa
This is especially prevalent in Central province

@ Ndugu, Imara, as I always say, question,question,and question just to make sure that your beliefs,and actions makes sense to at least the average human being,and even better if backed by science.And if you are wrong,no shame in changing your beliefs,that how we learn,and progress. We share good ideas.
For example@ Mlachake has a good point when he suggests that both families should come together, assist and support this newly weds in their new beginning.After all they are just starting.And its oppressive to burden them with payments.
See, if I have to pay,then I am done. The deal is done.I have bought what I want,and they have given me what I bought.End of the relationship with my"inlaws".
One thing I would like to know @ Ndugu Imara,that is if you have the answer is,if the wife dies days after paying the father what he demands,is he obligated to give back the money or whatever medium that was used as payment?
Anyway, much like the government stepped in and outlawed FGM,it should step in and abolish this human trade called dowry.Abig party with food,music,and drinks is good enough. After all,those who believe in son of Mariamu know that Adam never paid even an apple for Eve.Or did they have acome-we- stay arrangement;come to think of it.No were have I read that a wedding was conducted,or some contract made.And if Adam had daughters and sons,which most likely he did since its believed by christians that we all came from this two,did Adam give one of his daughters to his sons?It would have been ridiculous for him to demand payment for his daughter...from his own son.

Bride price/dowry is a life long thing,
When I visit my grandparents and buy them lesos and sugar and shower them with love, it's an extension of my mother's bride price.
When my children showers their grandparents with gifts, it an extension of bride price.
When we are building houses for our in laws ,it's sn extension of the bride price.
Parents need to understand that, you cannot sell your daughters. DAUGHTERS are not commodities.
The idea of striking it rich because you have several daughters is the wrong approach. WAZEE you should have planned your life earlier. Same crap of parents thinking that they will educate their children like an investment.
Bottom line... bless your children, let them know that you're there for them and you will have alot of peace.

Human trafficking is rampant for women. Dowry is the worst and most abused cultural practice in Africa. Why are women sold like chickens and goats? Should the woman go to the highest bidder or whoever loves her?

If you have failed to make good money in your lifetime, and haven't won a lottery, dowry is the last chance for wazee. The last chance to strike it rich!!