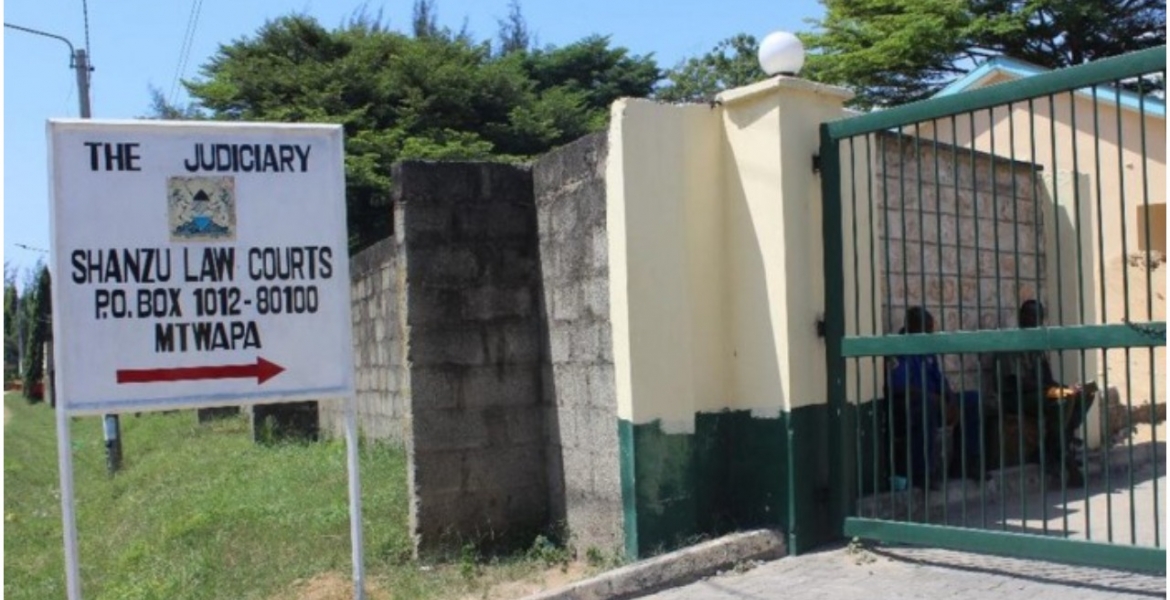 Police in Mombasa are probing an incident in which a woman was captured on CCTV sprinkling a white substance outside the door of Shanzu law courts magistrate David Odhiambo.

Following the Wednesday morning incident, the middle-aged woman was picked by detectives for questioning at Bamburi police station.

Upon further search, an unknown white substance was discovered in the handbag the woman was carrying.

The suspect was identified as Veronica Ndinda Mutisya, a complainant in a case before the resident magistrate.

CCTV footage showed Mutisya arriving at the court premises at around 7:45 am before walking around the magistrate’s door and removing some substance from her bag.

She is then seen sprinkling some of the powder outside the door of the magistrate’s chambers before one of the cleaners catches up with her and a confrontation ensues. A court officer is called in to intervene and afterwards police officers whisk the suspect away.

The woman told officers that the white substance found in her bag was a mixture of salt, flour, and some other unknown substances that she often carries with her.

“I use it whenever l feel bad. l was not trying to use it to influence the outcome of my case. l was only trying to access a tap which is outside his chambers to wash my hands,” she is quoted as saying.

Investigations are still ongoing to establish the motive of the suspect.