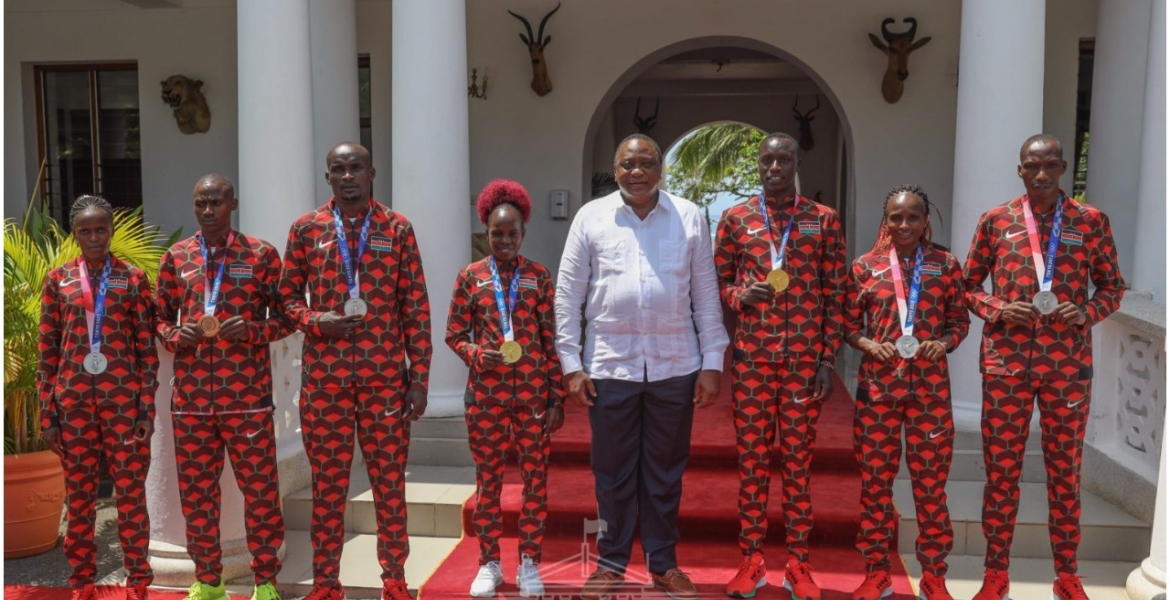 President Kenyatta has announced cash rewards for Kenyan athletes who participated in the recently concluded Olympic Games in Tokyo, Japan.

Gold winners will receive Sh1 million each as a reward for placing the country on the global stage while silver and bronze medalists will get Sh750,000 and Sh500,000 respectively.

Kenya finished 19th in the competition with a total of 10 medals, including 4 golds, 4 silvers, and 2 bronzes.

Uhuru, who met the winners at State House, Mombasa on Monday, further announced a uniform token of Sh200,000 for all athletes and officials, including the Paralympics team currently participating in the delayed Summer Games.

“We are here to celebrate your victory which is Kenya’s victory. And we are here to congratulate you, to say how proud we are of your performances as individuals and as a team,” said Uhuru.

“We want to continue to ensure that we not only do our best to retain our athletes but also we are constantly building up our sportsmen and women from an early age.”

I like what Peres Chepchirchir, the Olympic marathon winner said.And that is that,she will never trade her patriotism for money.
The fact that the president is mentioning doing his best to retrain out athletes underscores the concern of passport-for-run exchange.Yes money is not everything.But its abig factor in this passport trade.Kenya cannot compete with the rich Arab nations interms of rewarding its athletes,but we can instill a sense of nationalism and pride toppled with good treatment and respect,that these buying countries cannot.
One thing that is known but goes unnoticed is that once you are "bought" to perform,and you disappoint,you are not looked upon favorably.Its like you did not fulfill your end of the deal.That;s not agood feeling in astrange country.However,the good news is that these kenyans who trade their passports usually spend great part of their time in Kenya.Save for those who run for USA.

kenya is really proud of her athlete. pongezi.