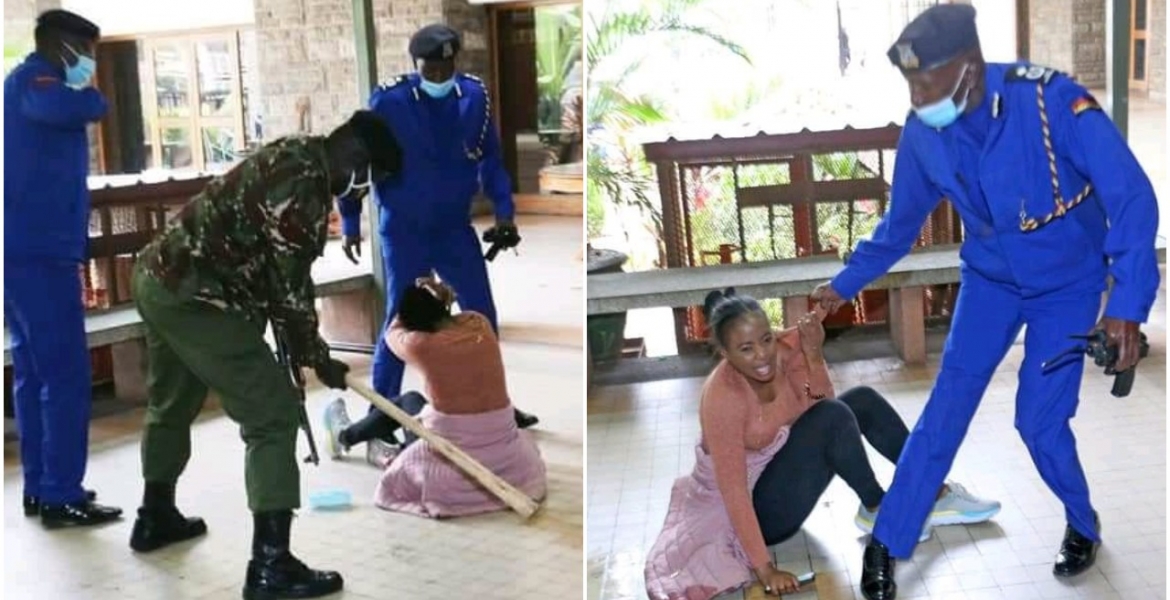 The images show Mutheu, an MCA representing Mlango Kubwa Ward, on the floor at City Hall premises begging police officers for mercy as they beat her with a pipe and club. 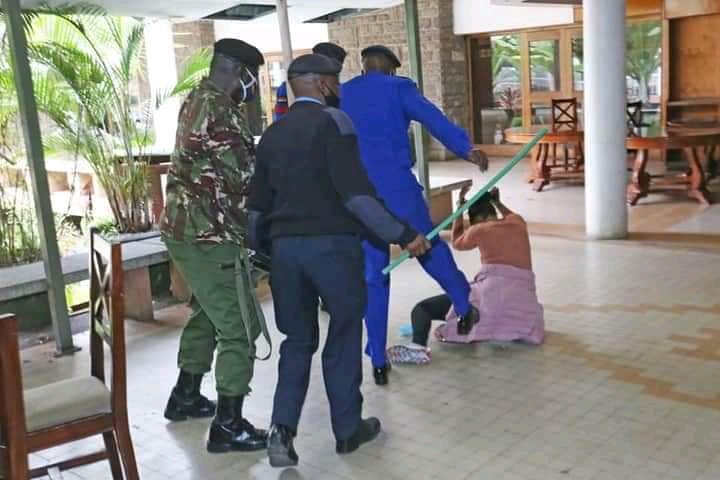 The incident happened on Tuesday after chaos broke out at City Hall where some MCAs tried to storm Speaker Beatrice Elachi’s office to eject her. They wanted to serve her a notice for impeachment motion after collecting 62 signatures.

But Elachi reportedly locked herself inside the office and called in police officers who lobbed teargas at the MCAs.

Ms. Mutheu has since reported the matter at Nairobi Central Police Station. She is said to have suffered back and hands injuries.

Here are some reactions from Kenyans online.

@PravinBrown tweeted: “This is mishandling a lady... And these are acts that we should be discouraging in this country... Someone speaking out, will lead to one getting hurt or bad circumstances, losing life.”

@ballsy254 wrote: “Sometimes i ask myself if there is female cops in Kenya. Why would a man do this to a lady? She killed who again?😪😪😪😪.”

@MrPeaceKe1 said: “It's  time for change. It's no longer a service to harmless citizens but brutality. @DCI_Kenya @FredMatiangi please serve your responsibilities.”

@KOT_Loyals noted: “This is how rogue police officers treated Nairobi MCAs today. The only mistake the MCAs commited is to try to impeach Beatrice Elachi. Where is @IPOA_KE?”

@Edwin_Karuga quipped: “I care less about the Beatrice Elachi and Sonko drama. I only wonder how Mutyambai, Matiangi and Uhuru find sleep with such images. If this doesn't move you, you don't deserve to be born into humanity.”

Common sense here. Mutheu must have been on of those threatening the speaker. So, she deserves this.

Let them be clobbered!! They deserve it!

No body got mishandled here! He loud mouth bought her the beating. This village politicians deserve a severe beating to wake up.

This is Kenya where the moto is u bring problems u will see.

So uncivilized. This only happens in shit hole countries.

The buck stop with UHURU..PERIOD.
IF UHURU is allowing this then it's time for him to leave office and have someone else form the government.

Did you see Uhuru there clobbering them fools! They nicely fought among themselves. They can do whatever they want; they are baby-like adults!

Tere are ways to air your views in the Kenyan constitution. They call it PICKETING and not RIOTING But the MCAs started fighting each other at City Hell oh!Sorry hall. They were ordered to disperse but oops! Madam Mutheu defied. But Lo! If only the cop was a lady, I wld not complain but for a male one, its absurd. Total disgrace. Shame on IPOA.

Men who beat women are girly men, cowards who do not deserve to stand shoulder to shoulder with other men. If circumcised, they should be handed their foreskin back never to enjoy mūratina with other men. They are a degenerate of the y chromosome.