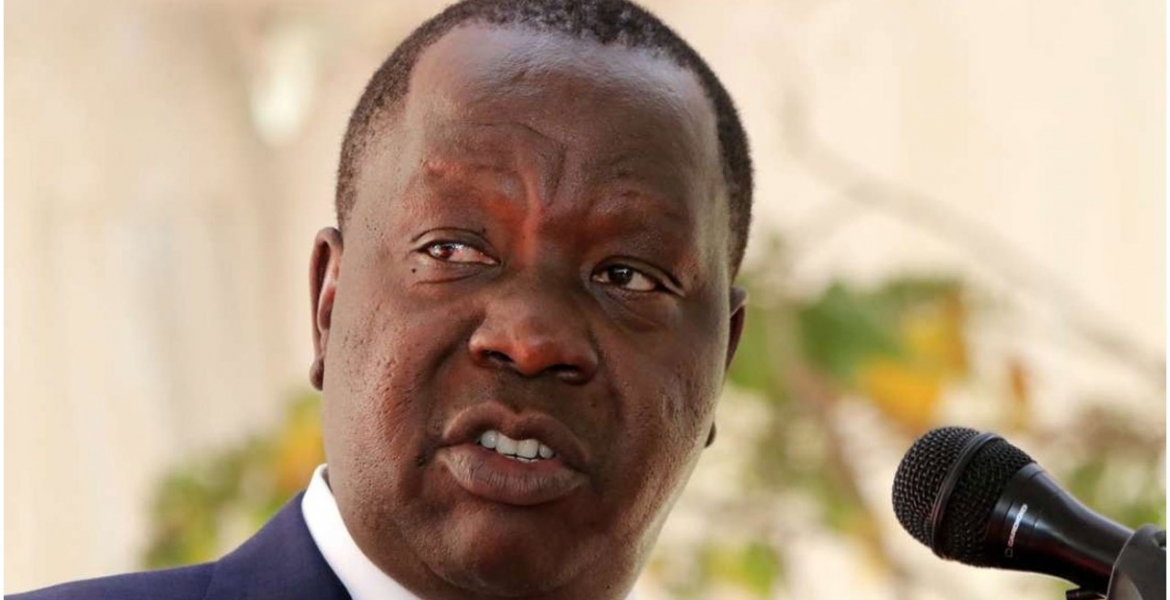 The government has declared Tuesday, July 20th a public holiday to mark Idd-ul-Adha.

The announcement was made by Interior Cabinet Secretary Fred Matiang’i through a gazette notice on Friday.

“It is notified for the general information of the public that the Cabinet Secretary for Interior and Co-ordination of National Government, in exercise of the powers conferred by section 2(1) of the Public Holidays Act, declares that Friday, July 20th May 2021, shall be a public holiday to mark Idd-ul-Adha,” the notice stated.

The festival is used to mark the culmination of the annual pilgrimage to Mecca, the holiest city for Muslims. The Mecca pilgrimage is a mandatory religious duty in the Islam religion and must be done at least once in one’s lifetime by all adult Muslims who are physically and financially able to undertake the journey.

Why is a father's whillingness to sacrifice a son be something to celebrate? I also notice that,christians who believe same of Ibrahim are not eager to do the celebration,why? How about putting some attention on the son... can you imagine what was going on in his head?Wow.
Iam also very confident that if one of many so called men of God announced that God has told him to sacrifice one of his children would be met with strong resistance,and his mental state questioned.Again why?To me these are very valid questions.

No more sacrifice of sons bc Jesus has been sacrificed one time. Parents dedicate children to God now.

@ Guest777,I dont understand could please enlighten me.My understanding is that Jesus was killed because he was a political rebel.It does not look like he just laid down and said," Kill me so that my blood will wash away your sins,and my death is my sacrifice to humanity".(Contrast that with Ibrahim's sacrifice)...He was punished they way such rebels were punished at the time.Where Am I wrong?

Read john luke mark and mathew. Jesus said no one would take my life but I lay it down. He was 100pc man and 100pc God. In genesis the Trinity said let us make man in our image and likeness. Trinity is God the father, son/Jesus and Holy Spirit. His sinless blood paid the sin of Adam so we can be reunited with the father. Jesus said if you have seen me you have seen the father. Hes the only way to the father

Wassalamualaikum Warahmatullahi Wabarakatuh to all my Muslim brothers and sisters.
Idd-ul-Adha just like Eid el-fitir is a daily thing.
Just like Easter and Christmas we need to live them on daily basis.
This what the HOLY QURAN and the HOLY BIBLE TEACHES US.
We should not let RELIGION DIVIDE US.
LONG BEFORE WE EVEN KNEW ABOUT RELIGION,
OUR FOREFATHERS BELIEVED IN ONE SUPREME BEING.
ALLAH, GOD,NGAI, MURUNGU, ETC HASN'T CHANGED....The only that changes are the PROPHETS.
GOD IS LIKE THE SUN...BUT WE HAVE DIFFERENT DAYS OF THE WEEK. THE SUN RISES EVERY DAY. THE LIGHT SHINES EVERY DAY, BUT EACH DAY IS DIFFERENT.
AGAIN Wassalamualaikum Warahmatullahi Wabarakatuh to all my Muslim KIN.

Mr.Matiang'i, where is our public holiday to celebrate our traditions and the God of our forefathers?
And do not say our burials are Mungiki. There are those of us who do not recognize foreign gods in our midst.
You need to realise that those foreign churches destroyed our "shrines" and our "Ley lines" in order to establish themselves in our midst. As you try to refer our traditions as "Mungiki" you also call out those colonial churches- that are morally bankrupt what they are- foreign to our land. Those foreign churches cannot force themselves on our people or land any more.
We need to respect everyone's beliefs whatever they are in Kenya!!
May the God of our forefathers and our land reject and eject them!!