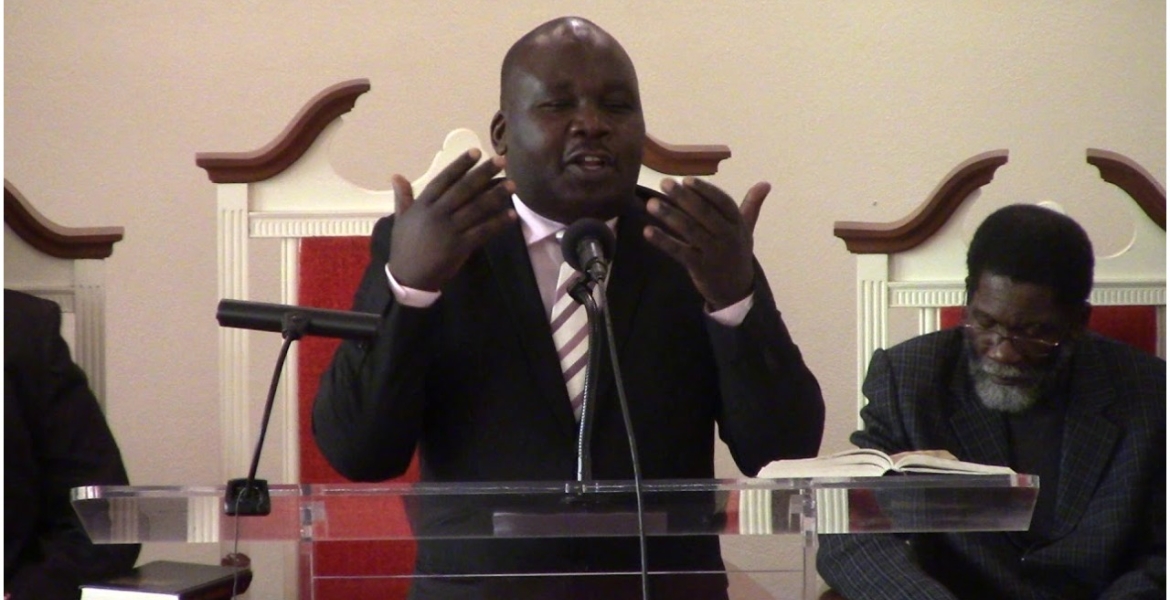 A US-based Kenyan pastor who was recently defrocked over allegations of infidelity has spoken out.

Pastor Leakey Nyaberi was forced to resign from United Central SDA Church in Brooklyn Park, Minneapolis, Minnesota, after an audio clip of him asking for sexual favors from a female church member leaked on social media.

In an interview with Nation, Nyaberi said he is a victim of blackmail and extortion, claiming that the woman in the clip was out to destroy his career.

The clergyman accused the lady of violating Minnesota criminal law, which forbids blackmail and extortion, adding that the audio clip was purposely edited to conceal “a lot of issues” the two discussed during the private phone call.

“In a 45-minute clip, she only edits it to two minutes and damages me forever. I hope to get the time and listen to the recording, check with me on Monday. This is blackmail and extortion, which is illegal in Minnesota. She has also hidden her identity,” said Pastor Nyaberi.

On why he took long to respond to the allegations, Pastor Nyaberi said he had been discussing the matter with his attorneys before giving more information to the media.

Nyaberi reportedly admitted to the church’s governing board that the voice on the leaked clip was his, saying he fell into temptation. On October 11th, he wrote to the president of the United Central SDA Church tendering his resignation.

“Please accept this letter as a formal notice of my resignation as pastor of United Central and Mountain Experience SDA Churches effective immediately,” he wrote.

“After a period of deep prayer and consideration, I have decided to resign on personal grounds. I truly enjoyed working with our flock preaching and teaching the word of God…”

The evangel should have resigned. Asking for favors (be it sexual) is not a crime, and is not harassment. Though 45 minutes is too long, that might be the problem.

@ Imkgoogo, did anybody accuse the man of the cloth of a crime?If anything he is the one accusing the accuser of acrime-blackmail.

Yes ,you enjoy teaching the word of God.But apparently not living it. Hey former man of the cloth,she can only blackmail you if she has dirt on you.Before we even go to that,you have to acknowledge,or deny the asking of sexual favors you are being accused of.Did you tell her that you wanted to lie down with her?
@ Comrade Kora Kanini,what's going on with these men of the cloth?I was under the impression that all you have to do is pray and the temptation would disappear.I guess he forgot to pray...

Darn shame! 😂😂... Walisema siku za mwizi ni? Watu wakanisa wacheni hizi aibu jameni, I get it we are only human but aiii, this is not setting a good example either party ala!

He should have paid a settlement with conditions the lady never return to the church.
I've seen a Kenyan man grabbing a woman behind in a social. Do some of y'all study the laws of the land or think everything goes over here?

I would rather hear of such an ending instead of hearing Pastor Nyaberi butchered Nyasuguta and fled to Nyaribari Chache after she bruised his ego by not giving him some.

Something like this happened to one FAVORITE Nakuru Town Pastor Charles Marita (in the 1990s). It was then Alleged that the married Woman and her Husband got handsomely Paid and they used the Money to relocate to somewhere Abroad. Extortion!!!

@ Guest 1,if you are the real Guest1, I recall that you are a devout christian.Could you tell us what is going on with these men of the cloth.Even you have given your own example here. Are they fake or are they not praying enough.Or God is not interested in such stuff.What say you?

Tough times we live in. Men can be weak when it comes low hanging fruit and temptress know felling a huge tree makes the most noise. Praying it ends well for both parties.

He fell into temptation but it doesn’t sound like he got entangled. Something had to be going on for her to record the conversation. Good luck man of cloth.

It may not sound like"he got entangled" because she did not let him.His plans went beyond temptation.Talking of temptation,did the women tempt him,or did he cultivate lascivious thoughts when he saw her? He must have forgotten the tenth commandment,or ignored it.

David in the Bible fell terribly! He had many wives,but he snatched Uriah's wife,and he planned for the Killing of Uriah. The difference btn us and David is that David asked for forgiveness earnestly! This made God to call David "David a man after my own heart" Pastor Leaky is 100% human being,who represents a fallen human nature in Eden! My prayer is,may he do soul searching,and he goes at Jesus' feet and repent earnestly! We sin differently! Let's not judge Pr Leaky! He's known he fell,he knows where he's wronged his God! May he find a way back to God,for there's No sin,God can't forgive! As long as the person repents and turns away from the same sin.

@ Byanki, what would stop aman from deliberately ,and lustfully quench his sexual hunger with as many women as he could get.Satisfy himself to the point of less desire ,and the ask for forgiveness?No thing right? I guess fallen human nature is normal...
I personally would not castigate the pastor on one sin,and call him abad person. Let's judge him by many attributes.But Iam also aware that men of the cloth are held to a higher moral standard. They put themselves there.

Yes, it appears you truly enjoyed working with yourflock.

" A people who elect corrupt politicians, impostors, thieves, and traitors are not victims. But accomplices."

Majority of these hypocrites some called pastors, apostles are worst than drdsealwet. De

This sweet honey crack has cracked way too many lives
Wanaume mmependa hii kitu sana, you need some nidhamu

WHAT DOES THE BIBLE SAYS ABOUT SINFUL ELDER.I am not Adventist but I will not support this issues of condemning a man everywhere in the media.If you are not a member of Christian family,you don't have an audacity to judge anyone instead pray for yourselfs.The Bible states clearly how a sinful elder should be handled.Nobody who is outside the church should condemn the church.