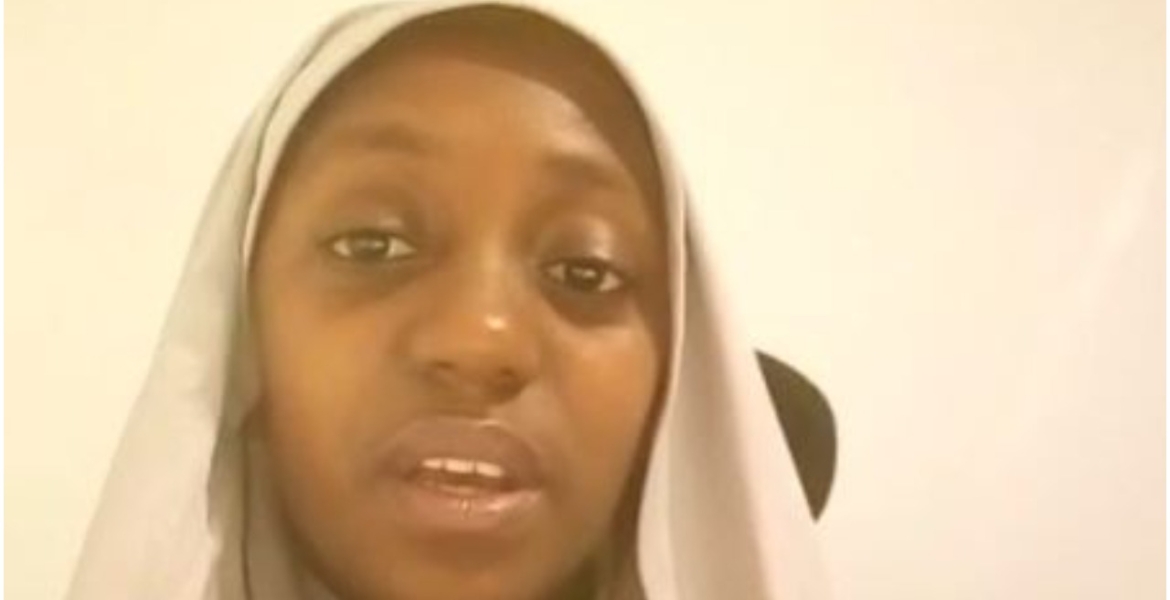 A 29-year-old Kenyan woman working in Saudi Arabia is crying out for help over alleged mistreatment by her employer.

Nice Nayaz, a mother of two, claims she is being overworked, denied salary, and sexually harassed by her Saudi employer.

The university graduate narrated her suffering through a voice recording sent to her Kenyan agency Echo Media Technology Co. Ltd located at Kimathi House in Nairobi.

“They lock me inside like a prisoner with CCTV watching me every time. It’s modern-day slavery. If I choose to come back home, why can’t I be released? This is too much. kindly do something,” She says.

Nayaz, who moved to the Gulf state three months ago, says she has never received a salary and is assaulted every time she demands to be paid. She adds that 36 other girls are going through the same predicament in Saudi Arabia and need to be rescued soon.

The woman told K24 Digital that Echo Media Technology, which is owned by UDA party politician Sam Mundia, lied to her that she would be employed as a cleaner in a company in Saudi Arabia, only to end up working as a housemaid.

Mundia is running for the Kangema Ward Representative seat under the UDA party, associated with Deputy President William Ruto.

Nayaz’s family has written to the agency through lawyer Gregory Ndege demanding her immediate release and return to the country.

Contacted for comment on the matter, Mundia claimed that Nayaz has refused to work, adding that there has been a problem with the company’s payment system and she will receive her pay by October 28th.

Bure kabisa Kenya! Why sell your citizenry to Arab slavery? And the CS is currently there for a fact finding mission? Shhhh...ate!

The Victims themselves are the Ones that are Bure kabisa. They don't Listen to or Watch the News to Heed to the Warnings about Dangers of Going to the GULF.

Why do our girls still go to Saudi Arabia, even after reading about such negative stories about servitude in this Muslim country.

Even with such damning allegations against a company owned by a politician, the educated but mentally retarded Kangema constituents might still vote for Sam Mundia. Washenzi nyinyi.

Anyone who knows a bit of history will tell you that it’s Africans who actually sold their fellow Africans into slavery during the trans-Atlantic & trans-Saharan slave trade days. Even here in East Africa, Africans would accompany Arab slave raiders into the interior where they’d grab innocent people and enslave them
The situation hasn’t changed at all. Agencies in the guise of employment bureaus in the city now carry out this role for their Arab masters in the Middle East
Those of us with a heart of conscience ought to draw a line to these agencies because the Kenya government talks & does nothing or is painstakingly slow.
Sam Mundia should be very careful

Very well said. Africans selling their own and unfortunately they are being deceitful. This guy should be prosecuted. Painful.

Ofcourse she has refused to work you have not paid her for 3 months. And this Mpig calling himself Mundia can actually admit being associated with slave traders.Ruto and his thugs we can see how the bottoms up economics is currently working.Close all this agencies currently operating in Kenya once and for all this problem has gone on for too long.

Would this lady have gone if Mundia had told her that she would be a housemaid? What exactly does a cleaner do? Just Clear ...house,wash cloths?No idea. Anyway, not too long ago I believe Kenyan officials went to Saudi for ameeting with officials there to try to get to the bottom of these mistreatment.What did they find?
Unfortunately, these inhuman treatment of black people by the Arabs will continue unless the Koran is revised.See Mohammad was a slave trader.He had sex with his female slaves as well,beside his wives.And yes they were black african slaves.He encouraged his followers to do same.There lies the seed of mistreatment of Africans.These are facts that you can verify.
But if africans are to restore their dignity as human beings,they should be proactive.They should not accept inhuman treatment from anybody.To do that would be to aknowledge their perceived inferiority.

There is nothing wrong with seeking greener pastures. It is the role of government to protect the citizens wherever they are. We just have poor leadership and greedy leaders. At the least, all these Women reps should be championing the rights of these woman working in foreign countries and even those at home. Does anyone know of any law passed or championed by any of these women reps? What are their duties?

@ Pigsfarm, any idea of how the government can go about protecting the citizens wherever they are? In this case,in Saudi Arabia. And is your idea novel?

Sexual service to men MPigs is the main function of @ShambaNguruwe’s women reps.

Mundia is a slave trader.

Lack of jobs in kenya is what entices them to go saudi - if they tell you you will make 35k a month and in Kenya you're hardly getting by...that means you can be easily tempted to catch that flight to saudi..then after a few months you realize the grass is actually not there..now you want to come back and they wont let you..its sad - somebody help her