Kenyan Woman Sues Mzungu Boyfriend Who Lied About His Marital Status, Proposed to Her 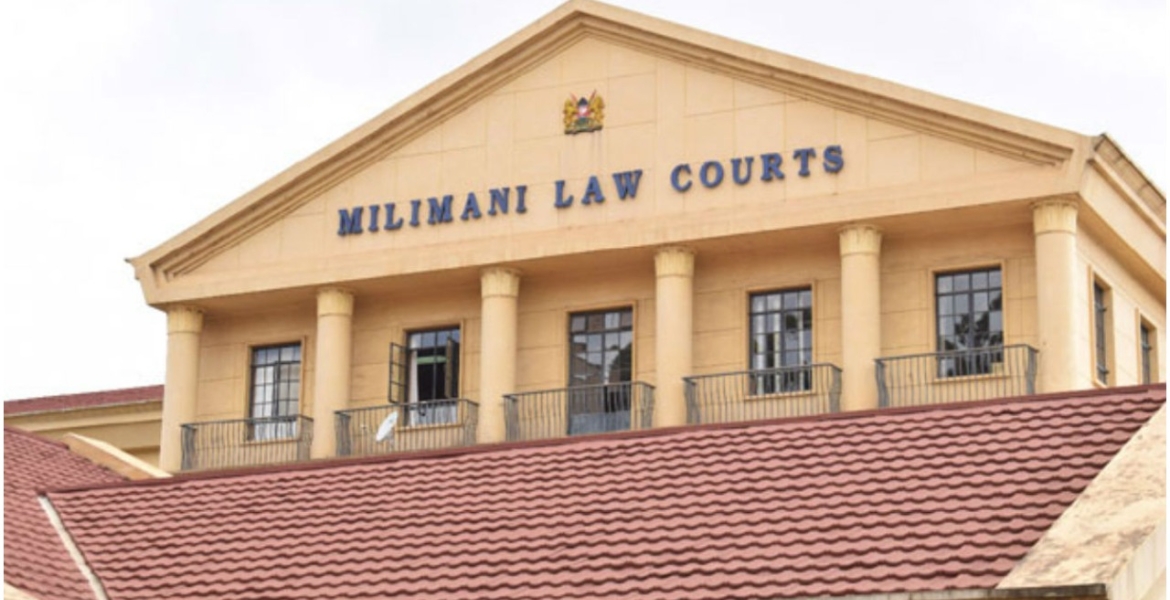 A Kenyan woman has sued a Turkish man who posed as a bachelor and asked for her hand in marriage.

In an application filed at Milimani law courts, Ruth Oluoch wants Kazim Ciftci to be compelled to pay her Sh300,000 after repossessing household stuff he gifted her following their breakup.

Through lawyer Gregory Ndege, Ruth also wants the court to bar the foreigner from leaving the country pending the hearing and determination of her case.

“That an order hereby issued pending the final hearing and determination of this application restraining the respondent from leaving the country,” her application reads.

The applicant claims that for 12 months, the Turkish national lied to her that he was unmarried and even proposed to her but they separated after learning he has a wife.

“That after an adult, physical relationship for a period of 12 months, with the respondent, he disguised as a Bachelor, “Alias Jeff” misleading me to promise him my hand for marriage. Further, I later discovered that he is a married Turkish National,” Ruth adds.

She alleges that the man approached her in August offering to gift her his movable household stuff as he wanted to leave the country.

Ruth claims Kazim later went to her house in the company of police and took away the household items he gifted her after they fell apart. The items included a sofa set, coffee tables, heater, seven-seater, two beds, and three carpets.

Through her attorney, Ruth wrote a demand letter to the Turkish man asking him to pay her Sh300,000 for storage and transport of his goods.

Mzungu? He is a muhindi bruh

Mteja!
Surely you and my fellow mwakilishi commentators never disappoint! I come here for comments and boy, you nailed it 😅

Muhindi? He is a mKURDi bro.

Are this Turkish prowling on African women? She's lucky to have done her due diligence, others have not been lucky: https://www.youtube.com/watch?v=A5Wq4zu5IBQ

Haha this is actually funny. Judge Judy would knock this one out in 5 minutes including a commercial. Ruth, the man just wanted to use you. You gave him sex, he bought you furniture. No law was broken here, he’s collecting what belongs to him.

@KK a small correction. She lent him something he needed or wanted and he lent her furniture. When she took away her stuff, he took away his stuff. The question now is whose stuff was more valuable and who is owed interest. She clearly believes her stuff more valuable.

The luo tradition allows polygamy! It’s in the constitution. What is the fuss here? Money?

Is this woman serious? She is fighting over junk that belongs to someone else! Be real! All she got was sex with an Arab! Ignorant brant!

She’s fight over the P***** that has been ploughed fraudulently for a whole year!

Concealment of material fact that he was married is criminal!

Ms. Oluoch. Men are Born to be POLYGAMOUS; Born to have More than 1 wife. I am a Christian and I will Tell you this: You sNOOZE, you LOOZE. If you Dumped this Man because he has a Wife, you Missed it; you Lost him. So just Leave him Alone; and Withdraw you Case; or RECONCILE.

@MsonoBari, please educate yourself.Dont let your bias skew your thinking. The idea that men are born to be polygamous as you put it is a fallacy .This is purely a social construct. So for your information BOTH MEN AND WOMEN are by nature not monogamous. This is ascientific fact. And by denying it does not make it wrong,or untrue.
Remember you christians used to believe that the world was flat? Did that make it so?

Mzungu, mhindi, mwarabu. Who gives a rat's ass. Why are Kenyans so caught up with racism?