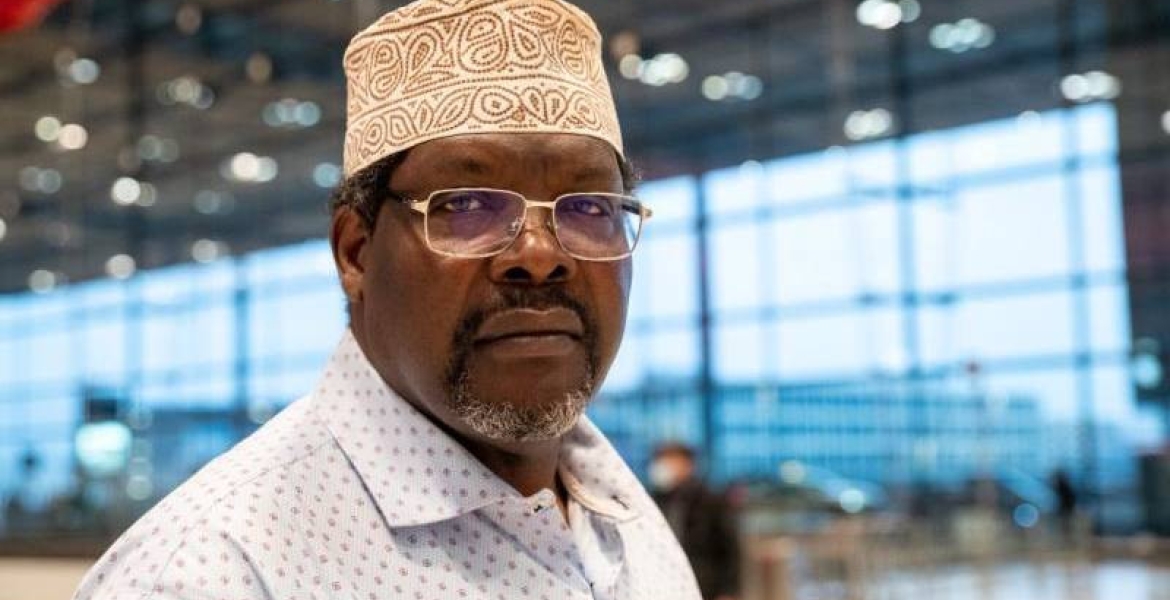 A fundraiser has been initiated ahead of lawyer Miguna Miguna’s return to Kenya this month after his deportation almost five years ago.

The fundraiser, dubbed “Justice For Miguna is Justice for all Kenyans”, invites all to voluntarily send contributions in aid of the attorney’s homecoming. He says he is scheduled to land at the Jomo Kenyatta International Airport (JKIA) from Canada on October 20th.

Miguna, who was deported in February 2018, has since confirmed the authenticity of the fund drive, saying its organizers are not conmen.

"They are not conmen. They are honest Kenyans trying to raise funds legally from those willing to give freely in order to accord me the homecoming they are planning. There is nothing dishonest about that. I only associate with people of integrity. And this is integrity," Miguna wrote on Twitter.

Miguna defended the fundraiser, saying he faced huge losses especially when police stormed and bombed his house in Runda in 2018.

“You wouldn’t say the same thing if your house was maliciously destroyed by explosives detonated by State Goons; you were tortured; illegally detained then forced out of your country of birth for five years, and you have spent more than $30,000 of your own money trying to return home,” Miguna said while responding to critics of the fund drive.

Miguna received a new Kenyan passport last month following an intervention by President Ruto, who had pledged to facilitate his return once he ascends to power.

The man doesn't have any hospital bills or any financial difficulties. Just homecoming party...???

Why not? If some people want to do some good for him and you don’t, then, stay out of it!

Kenyans are the most judgemental and negative people on this planet earth.

I am not going to contribute but I respect the will of others. Can we learn to coexist without too much drama spins?

Miguna simply does not want to go back to Kenya.

He’s being pressured by Kenya Kwanza.

Stupid fucking idiot!. You should be bringing in some of what you have earned in Canada back to Kenya to help the many poor impoverished people in Kenya.

First the arrogance now the humility when you eventually get paid from the lawsuits you filed against those who forcefully deported you will you give some of that money back to those fundraising for you now.If you also are not a conman send each person who sends you a contribution an I owe you note so that they can recoup their funds when you get the multimillions awarded to you .You may be the first “human” to get money from a stone

If you cannot afford expenses to go back to Kenya then stay in Canada.

I guess majority of us still have problems reading and comprehending!

The dude did NOT a ask for a fundraiser, his supporters came up with the idea! No one has forced you to donate, so let this who want exercise their will.

As Patrick Lumumba said:
It's better to Keep quiet and People THINK🤔 you're a Fool than you Talk and they KNOW😇 you're are Fool.

I believe the courts awarded Miguna for damages inflicted by the "government goons"So he is wrong to inflict his burden on well wishers. Even if you factor in all his losses,and tribulations, Miguna is not a poor man.So there is not justification whatsoever for public donation,other than greed.But if one so wishes to freely give,more power to them,but I think there are wananchi in more need than miguna-just that they have no platform to take advantage of.

I'm not in support, but don't just throw shade at Miguna x2. How stupid are the Kenyans contributing to a guy complaining about a $30k fix for a home in Runda surely? How many can even afford to set foot in Runda? Wakenya wajanjaruke jameni.

They did this man wrong despite being a dickhead... Walimfanyia vibaya wapi hiyo number ya mchango Miguna aende aone watu yake

Lakini mjamaa ataendelea kuwa mKanada. Laud him all you want but he won't stop being a dual citizen. He is well aware it has its advantages and he ain't gonna give it up. Here's a little guide why.
https://www.passportindex.org/

Drama queen or king, this guy has a lot of issues. One thing after another. Does he need Kenyans to buy new underwear to change at the airport incase he has to stay there for another 24 hrs? If you were in Canada and you cannot afford to maintain yourself, then Kenyans don't want a 50+ year old public charger . Just stay in Canada and receive welfare.

Why such negativity, we all have received some funds from friends in regards to different issues. What is wrong with helping him. Please stop it. Toxicity as usual. Some of you can't even talk for themselves, jinga!