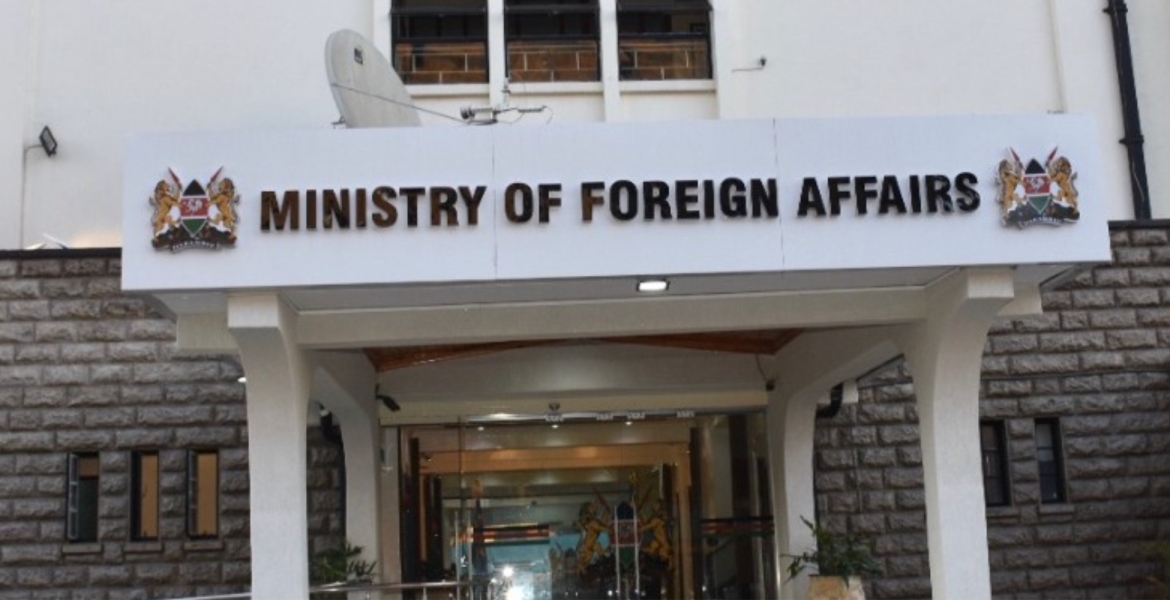 The ministry said it has received numerous distress calls and messages from Kenyans who have fallen victim to international human trafficking syndicates that work in cahoots with local recruitment agencies.

Most of the victims are reported to have sold family property such as land to cover the cost of travel, accommodation and visa fees paid to unscrupulous agents, only to end up in misery in foreign lands.

“The Ministry wishes to warn the public about this web of international crime and cautions potential victims to be vigilant and avoid jumping into some of the seemingly lucrative job opportunities abroad without proper due diligence,” read the statement in part.

Unsuspecting job seekers are issued with visas valid for 90 days, hotel accommodation and return tickets, but the tickets are canceled immediately after the victims leave the county, leaving them at the mercy of local networks who traffic them to other destinations, according to the Ministry.

“The victims are decoyed to ‘textile industries’ to engage in criminal activities, under the watchful eyes of armed men and owners of the factories. Their passports are normally confiscated and remain under the custody of the criminal gang,” the statement added.

The ministry indicated that it has managed to rescue 50 Kenyan nationals from the criminal gangs in South East Asia in collaboration with the Kenyan Embassy in Bangkok, the International Organization for Migration (IOM), HAART and security agencies.

Why are they warning without listing them out and also shouldn't they have a platform where all the legitimate ones are listed so individuals who are being recruited have a reference point on the legitimacy of the agencies? Issuing an empty statement with no corrective action is what Kibaki would call Mafi ya kuku.

Exactly. Talk about shifting blame and evading responsibility. Why doesn't the relevant government agency pursuing those agencies like crazy...if they mean business.

That's my Question too.😨

Let us be brutally honest, Kenyans do the same to other Kenyans here in America. I personally know one woman who was lied to that if she dares step out of the house, she will be arrested and deported. The woman had been baby-sitting and doing all the household chores for this family without pay for 7 months.

@ MakOnyango are you serious? Here we are blaming Arabs for mistreatment of domestic workers from Kenya,and you say that right in the paradigm for democracy Kenyans are doing same to other Kenyans.Unbelievable.
Hey if you have reliable evidence,this case in a slam dang in her favor.There are very good Not for Profit legal services that could take her case. Look into it.That is if you want to help her out.

Exploitation of Kenyans by other Kenyans around here is common, especially newly arrived older women.

@MakOnyango that family hosting that person against their will have more to loose once the law catches up with them….if you know someone personally do your best to enlighten them.

@MakOnyango, she need to call the police immediately. That is a crime. Those who are locking her in the house are in more trouble than her.

That these international criminals work in cahoots with locals is not a secret.These locals are usually the high-ups in the government.So why is the government putting the onerous on the victims instead of these local criminal collaborators?
@ Formerly guest2, I totally concur with you. Where is the list of the "bad apples"?If this was a dangerous product wouldn't the government list it to protect the masses?

So if the government knows who these unscrupulous cartels, why not send the GSU to pick them up and shut them down?

Or have these cartels served a lot of chai?

Kenyan (both Men and Women) don't Listen no Matter how Much you WARN them. But: Women End Up! suffering😭😭😭 More.

Big people in the government are the running these slave trade. That is a known fact. They need to be named out in social media.