Miguna Miguna Set to Return to Kenya on Monday 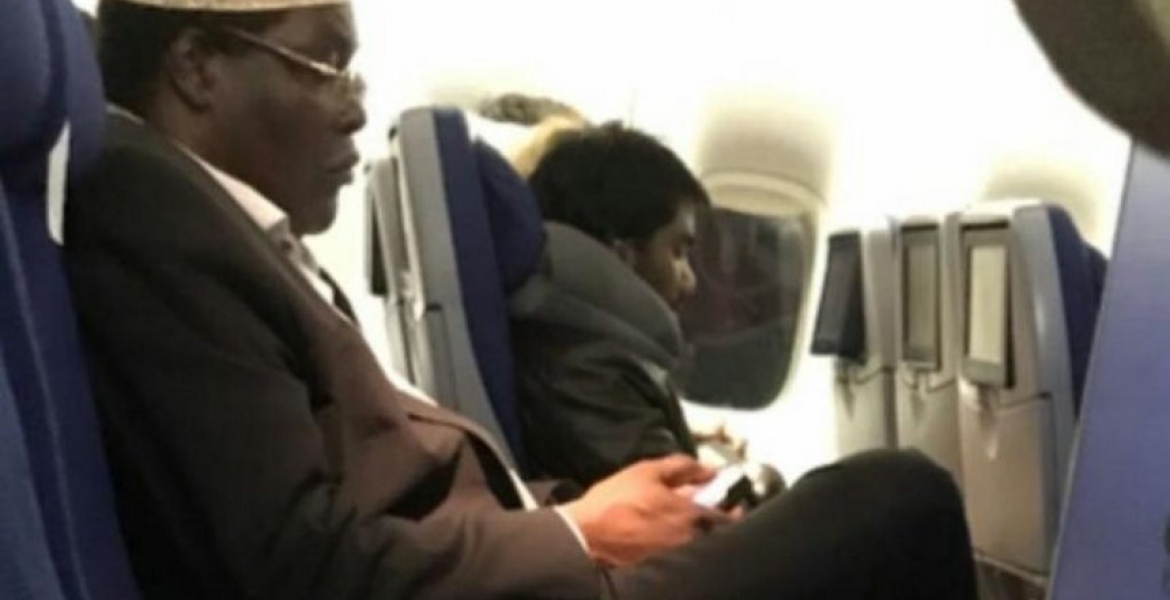 “Miguna Miguna will be arriving on Monday 26th March on an Ethiopian Airway flight at 10.30 in the morning,” Orengo said.

Orengo was speaking at the Kenya National Commission for Human Rights (KNCHR) offices in Nairobi on Friday.

The senator called on the commission to ensure that the former Nairobi gubernatorial aspirant's safety is guaranteed when he comes back and that none of his rights are violated.

Miguna arrived in the United Kingdom on Thursday for his ongoing global campaign to sell NRM agenda. He was received at the airport by members of National Super Alliance (Nasa) UK group, led by chairperson George Osore.

His tour to UK comes after a similar visit to the United States in the past two weeks. He is scheduled to make a trip to Germany before returning to Kenya on Monday, for what he described as "mother of all liberation struggles."

Miguna was dramatically deported to Canada on February 6th by Kenyan Immigration authorities, days after he was apprehended by police over his active role in the mock swearing in of Opposition chief Raila Odinga.

On February 15th, High Court declared government decision to deport him to Canada as illegal, and ruled that he is free to return to Kenya.

In his ruling, Judge Luka Kimaru further ordered the Director of Immigration Gordon Kihalangwa to issue Miguna with a new Kenyan passport.

Kimaru also said the lawyer is free to use his Canadian passport to return to the country, should government decline to issue him with a new travel document.

Fact 1:Cambridge Analytica infiltrated the perceptions of all envoys, therefore their utterances should be taken from that point of view as Misinformed and misguided.

Fact 4: 98% Kenyans do not support cosmetic Solution to complex problems.A handshake does not solve any REAL problem.Only manufactured,stage managed problems.

Fact 4:Most Kenyans did not vote for this government on the October 26-2017,not because the did not want to vote but because they wanted their votes to count.

Fact 5:It is a fact that August 8,2017 elections were manipulated resulting in computer generated leaders.Therefore all the elected official do not represent the WILL of the KENYAN PEOPLE.

They represent Cambridge Analytica will.

We MUST RESIST.
We WILL RESIST.
We have conviction,heart, commonsense,the winds of change and the WILL of the Kenyan people on our side.

Viva Miguna Miguna.
These so called Kenyan "Leaders" do not represent the FREE WILL of the Kenyan people.

Amb.Bob Godec and his fellow envoys were also manipulated.So, they need to sort their issues out.

It is unfortunate that our thinking seems to be locked up in the past. Why? We dream of "democracy" a construct developed by our Greek brothers and sisters who owned slaves, treated them as sub-humans, tortured them and even killed them. The slaves were not allowed to vote. Therefore, "democracy" as a political construct should be deleted and discarded permanently from our rational minds.

Organized religion is another construct that should be deleted and discarded permanently from our rational minds. It is an idea developed by the mind oppressors to scare the feeble minded people by controlling them by lying to them of going to hell and burning forever! How absurd that there are many minds that believe in this lie!

Now with advanced technology, voters can be manipulated quite easily and when unable to do it, the machine can be programmed to pick up a losing candidate and make him/her the winner. Our Russian brothers and sisters are very advanced in this kind of technology and are able to manipulate voters all over the world. Unless the Russians are stopped, they will be the next SUPER POWER for many years to come.

@imara remember Russia used to b super power until the USA came in destroying those countries which made ussr against Russia n that’s how ussr separates n fallen.Russia still remembers the involved of USA.To me we need another super power n trust me in 10/20 years at most USA will b done.Either China or Russia but especially China will b super power.Ask yourself how comes China is investing heavily in Africa n this is worrying USA coz they know African countries will b in support of Chinese as super powers????I like change myself n USA had their time so let’s have another super power.Check every country in this world owes Chinese money????usa is done trust me.

And with all that little knowledge of yours, you think USA is sitting like laying duck waiting to be overthrown? Eh you might want to read a bit more, research a bit more, know the military capability of USA etc . I would not write USA off just because of a few shilling to construct an SGR and a few kilometers of superhighway... but peddle your propaganda around. It is not that simple as a,b,c,d my friend, it is not that simple.