Prof. Makau Mutua Moves to Court After JSC Fails to Shortlist Him for Chief Justice Post 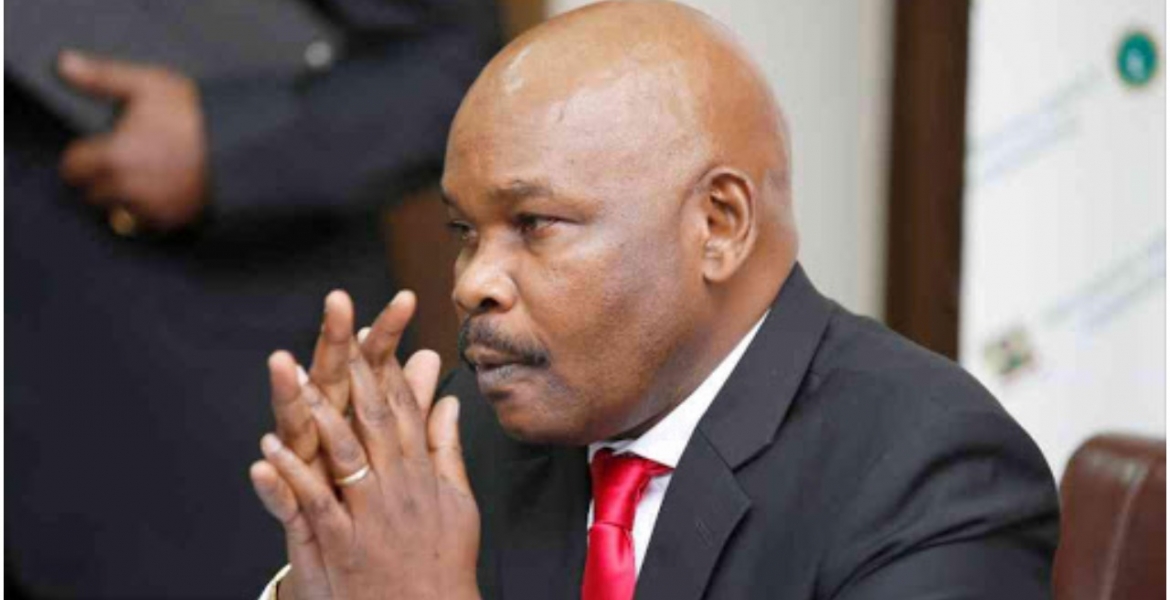 Renowned US-based Kenyan attorney Prof. Makau Mutua has moved to court after the Judicial Service Commission (JSC) failed to shortlist him for the Chief Justice post.

In the petition filed alongside Katiba Institute, Prof. Mutua says he was among those who applied for the position but he was not shortlisted and wants JSC compelled to explain the criteria used to selected qualified candidates.

The petitioners further want the court to compel the commission to publicize marks scored by each CJ candidate during public interviews.

“That pending hearing and determination of this petition an injunctive order do and is hereby issued prohibiting the JSC from forwarding the names of the persons nominated for the recommendation for appointment to the position of the chief justice and judge of the supreme court to the president, unless and until the respondent provides the information sought in the petition,” the petition read.

“The reasons given by the JSC in arriving at its decision were arbitrary and insufficient contrary to Article 47 and constitution.”

On Tuesday, the Appeals Court lifted an order issued by the High Court barring the recruitment of the Chief Justice, paving the way for JSC to nominate a candidate to the position that fell vacant following the retirement of David Maraga early this year.

Professor Mutua, you are a University teacher and not a jurist. Theory and practice are completely different animals. That is why you were left out. In addition, I doubt if you have complete understanding of the laws in Kenya (given that your life has been spent abroad).

Makau sit your ego down. Someone said in a war of ego, the loser always wins. And another one said big ego is a shield for lots of empty space.

Nothing wrong with him! He just wants to force his way to be the CJ just like every body else!

What’s wrong with a, “ p****? Si huwa ukiangaika kutafuta? Don’t curse a woman’s anatomical part bwana! You can do better than that!

You are always on the side of the wrong thing said! Man up and understand that you should be a role model to generations younger than you! Stop justifying something that is completely wrong! Have a sense of decency in your head!

You are always on the side of the wrong thing said! Man up and understand that you should be a role model to generations younger than you! Stop justifying something that is completely wrong! Have a sense of decency in your

What makes you think you qualify. Ordinary Wanjiku would give two hoots about your American experience she needs to know when her case will be heard or missing files found.furthermore your reputation precedes you.How do you attack the government and then expect to be awarded a job be real you know everything in Kenya is connected and the independence of the judiciary is a myth.This majuu mentality ati coz you have landed home you deserve preferential treatment sahau.

You seem to be so hating of diasporans in your word choice. What is ‘majuu mentality’? You seem to be so defeated in your inferiority complex to think anyone from abroad seeking fair opportunity in Kenya is seeking special treatment. Ata wewe enda majuu. Wacha wivu wa kijinga...kuku hii.

Goat roper mentality from a loser! That’s all!

This liberal lion needs to stick to his lane. He's a preacher of all kinds of immorality. You ain't smart enough for the job. Martha got a pass but she's smart in practice. Go back to JKL live that's your lounge

Here is the king of morality without a voice. Shoot! We are in big trouble!

Prof. Makau Mutua has a point.
Whether we like him or not.
Every QUALIFIED Kenyan had a right.
But nothing will happen in the courts though...corruption, corruption and more corruption.

I think he has a point too! But Kenyans and corruption are synonymous. Kenyans like things to stay as they are without an opportunity to improve!

It is a lady’s time to be the CJ! Sit back and watch as judge koome puts a good show.

I don't really care that she is a lady. Even if a dog qualified and passed I would be happy...

Gender does not matter is she qualified or not should be the question, the whole process is not transparent from day one every Kenya knows our judicial system is messed up from top to bottom

I hope Nelson havi is paying for you to complain here! You have no experience Makau to be the CJ!