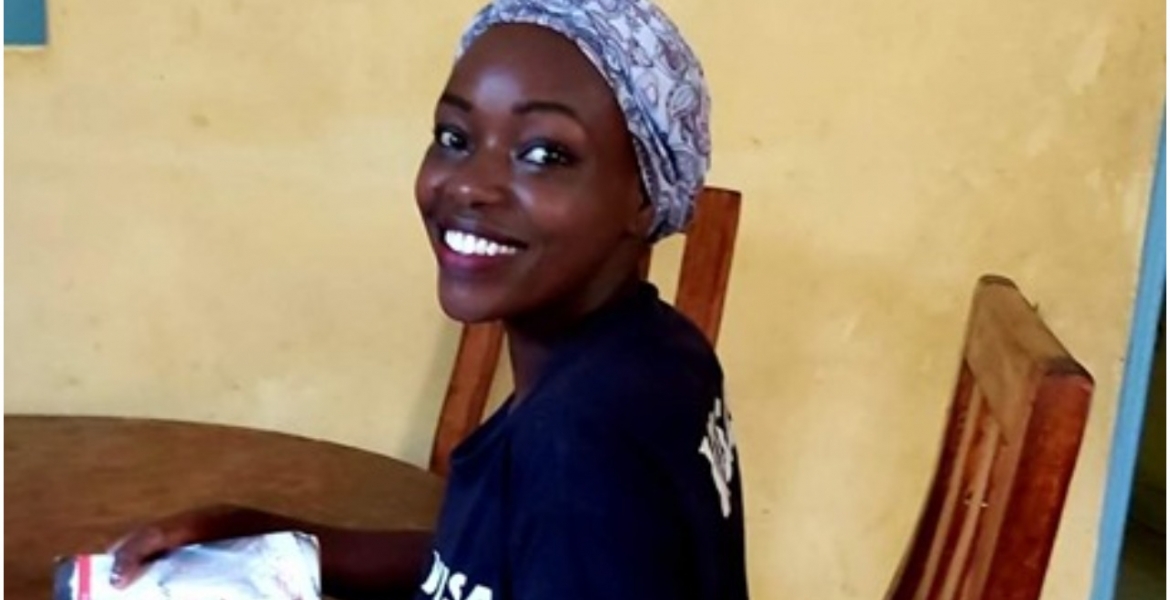 A Kenyan domestic worker who is currently stuck in Saudi Arabia is appealing for help to return home.

Patricia Wanja Kimani, 25, says her employer has subjected her to inhumane treatment in the past two months.

Upon landing in Saudi Arabia, the recruitment agents confiscated her passport and sent her to work for a family.

Wanja says she began regretting going to Saudi Arabia on her first day at work after her employer yelled and insulted her for allegedly spoiling a vacuum cleaner.

The employer told her she must pay for the equipment whose cost is more than her salary.

“I have been overworked and underfed. In more than one instance I’ve worked for 20hrs non-stop,” Wanja lamented.

“I was told to wash walls while lights were on yet there are live wires dangling. The electric shock that hit me could have easily lead to my death.”

She recalled waking up feeling sick one day but her employer declined to take her to hospital and instead forced her to iron a heap of clothes for six straight hours.

Attempts to get help from supervisors at her agency fell on deaf ears and the office has since cut communication with her.

Wanja says she is currently ailing and her condition keeps getting worse.

“I have grown so weak but I keep working because I don’t want to go back to the office. The supervisor told us that whoever complains becomes imprisoned. I kept quiet about a lot of things because I didn’t want to risk imprisonment in a place where our girls have been disappearing mysteriously!” she said.

The broker who facilitated her travel to Saudi Arabia says she has to persevere until six months are over, failure to that she will be required to refund Sh200,000 to the agency.

Wanja is appealing to the Ministry of Foreign Affairs to intervene and rescue her.

Who is your editor mwakilishi? He or she is sleeping on the job and needs replacement!
Silly mistakes like....
allegedly spoiling a vacuum cleaner. ...spoiled food...spoiled milk....damaging vacuum cleaner dummy!

“I was told to wash walls while lights were on yet there are live wires dangling. The electric shock that hit me could have easily lead to my death.”
Really....wash walls or clean walls?

..ungekimia ...you sound dafter than the editors you are calling out...

Kimia hamwe, its not about grammar but the message. I did understand the article very well with all those incorrectly used words. Second, it was a direct quote from the lady and not the editor's reporting.
Main aim: ujumbe

Ok son of the queen of England; mr know it all! But you did understand what the editor meant to say since you made the corrections, right?? Correct!?

Stop being a picky dick or relocate to London to live at the Birmingham palace, you smart Eric!

English is not a career but a way of communication. Chinese they don't speak English but all the Presidents of the world they are rushing there to ask for help.

Woi pole mammy...saudi arabians live like 10 relatives in one home then they get a maid from kenya to cook sufuria after sufuria of spaghetti and rice...wash those dishes and clean 10+ people clothes and iron clean their shoes but you see they don't set this expectation before our girls get there...but poverty will make you go where you don't want...praying for our girls

Stop splitting hairs. A woman needs help she is lucky mwakilishi aired her story. More details is required. Does she need money for air transport back to Kenya if that is the case how and to whom can the assistance be made. She went in March that means this rogue agencies are still in operation how many more will have to die and why do these fat lazy arabs look to Africa for domestic help they need to recruit their fellow Arabs like those pesky Palestinians busy bombing each other or even Israelites who deny being Arabs yet they behave like them

Its sickening to read all these horrible stories from the Arab world.Cries for help from the government seem to fall on deaf ears.It is very unfortunate that Kenyans who seek jobs in these racist countries are mostly from poor families.May be if daughters of bourgeois were the ones being mistreated steps could be taken to improve their conditions.
May be United Nations could do something.I think Saudi Arabia is a member state...

UHURU and GOONS are busy looting the coffers. They don't have time to look after poor sisters being mistreated and killed in Saudi Arabia.

May be I have been given the wrong history.Save for tribal wars,I have been lead to believe that africans communities lived in relative peace,and harmony.They helped each other to till land,protect animals,participate is ceremonies,and other social gatherings. Communal property was respected,and those who went against the way of life were severely punished to discourage behavior that would threaten communal harmony. Well,if even half true, what happened?
It seems our leaders have only one purpose for existence,and that is to amass as much health as possible,by any means necessary.Why this greed? Havent we created enough laws to protect public coffers?Do we have a fail safe plan...

What does Uhuru have to do with folks going to Saudi Arabia!?

@kimia, do you think the 😂 queen will kumia a tad like your black ass simply because you are correcting others? Saashu fool!

STOP 🛑 going to the Middle East or Arab peninsula! Same tragic stories for over 3 decades.

SAUDI ARABIA, again!!! Why are Kenyans still going to work there? Although I heard that our corrupt Labor agencies lie to the potential workers that they are taking them to Qatar or Emirates....but since most of these folks have never been out of the country, they can't even wait to get on a plane to wherever...that is how they end up in stupid SA. Corruption leads to most, if not all the problems facing Wanjiku.

Uhuru wake up! Stop sleeping when kenyans need you.

Yet another fool that ended up as a self made slave. After hearing all the crap that awaits Africans n other domestic workers in Saudi u would think the message has gotten thru, but no another is on the way rite now as i write this. Fool, the Kenyan government will not help u, the Saudi government will not help u but i will help u by giving u good advice, Bitch swim ur azz back to Kenya.