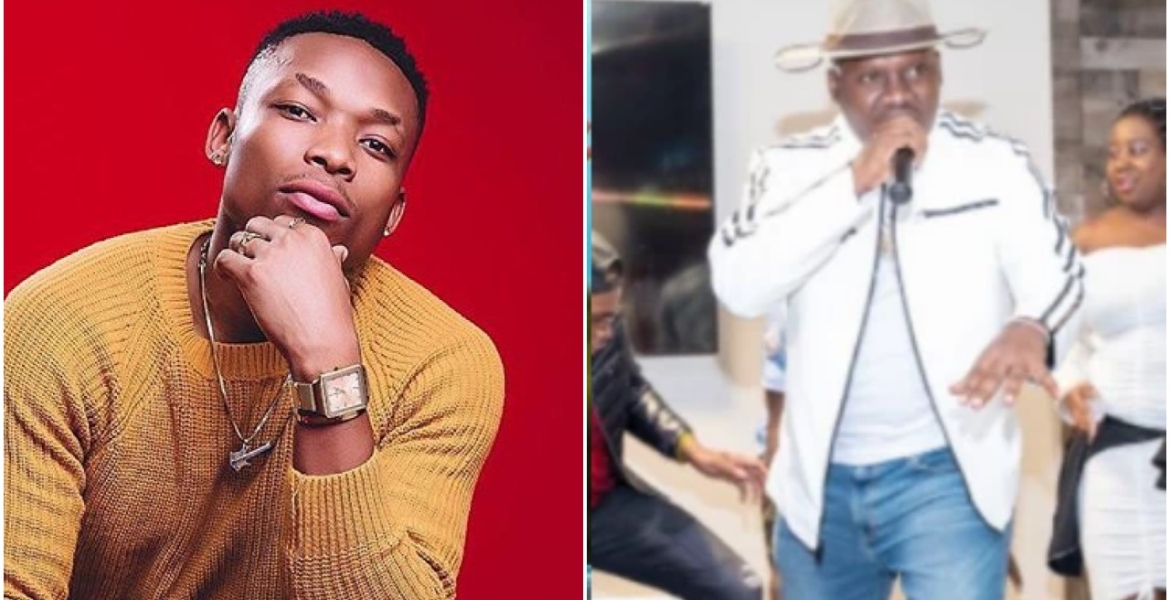 Albert Oino, aka Alberndra Mwanakendra, claims Otile swindled him out of over Sh80,000 after reaching out to him last year for a possible collaboration and he agreed.

Oino, an upcoming singer based in Minnesota, says Otile demanded the amount to pay two top Kenyan music producers, who were supposed to work on their collabo.

Oino told Citizen Digital that the transaction totaled Sh88,000 but the Sh5,000 he sent to him in January was a funeral contribution after Otile lost his grandmother.

Otile then started taking him in circles, sometimes claiming he was traveling in and out of Kenya for performances, and eventually went silent on him before promising to refund the money.

About four months later, Oino says Otile is yet to refund the money, and his texts to him have gone unanswered.

When contacted for comment on the matter, Otile’s manager Noriega said he was not aware of any such arrangement between the singer and any Oino.

“Otile cannot con anyone, I don’t even want to be rude but why would he need to con someone SH80,000? Otile is a brand, he does not handle any business by himself, the management does,” said Noriega.

He also denied that the phone number to which Oino sent the money did not belong to Otile.

“I know Otile’s number off head, and it is not that one. Anyone can save anybody’s number with any name on TrueCaller, so that’s not justification for anything. That person (Mwanakendra) should follow the right channels for such an allegation, let him report to the police,” he said.

When Citizen Digital called the said number, Otile picked up and confirmed he had an agreement with Oino for a collabo, and urged him to be patient.

Oino has since instructed his representatives in Kenya to file a police statement and institute legal proceedings against Otile.

You money bought a pair of Gumboot

You've got some attention to detail. I hadn't noticed that one. I suppose buying gumboots is a collaboration of some sort🤔

@Mūndūmūgo, he was on Mwakilishi last week bragging with new expensive gumboots.

He is a shamba boy as colonial masters used to call this kind of a silly guy. So

Quite a chunk of Kenyans are conmen including this Otile guy who has his minion Noriega at the forefront defending him. This right there is the language of conmen. They talk with conviction and gusto you would think the victim is the perpetrator.
This is the language Ruto the Con speaks. Its no wonder his hustlers think Uhuru is the perpetrator. In actual sense, Uhuru is the victim of this great con who wanted to assassinate him.

New form of scam. People pretending to be helping the poor like "Hungura Show" and then con the victim ...https://www.youtube.com/watch?v=ugyrzl5JFJk&t=1637s&ab_channel=Easterntv

Now this is Rubbish! Why should a mere (Mia) $800 Celebrity feud Make HEADLINE News? Don't we or Can't we Have more Important things to Report or Talk about in DIADPORA Media (like this)???

Haki people who steal and con others hawana conscience?

Otile Brown thinks he is a smart fella. Forget any money you send to anyone in kenya.

I got conned shs 500,000.00 on a gone bad business transaction. So, I take every body in kenya with a grain of salt. Just about everyone you find in kenya with a slick Willy tongue is a thief.

Your money is gone. The burial money was also a big lie. People in kenya die, revive, die again and revive! You feel me?

Forget about your money and conman Otile. Otile got a new pair of gum boots at your expense ♠️🐖🐖🐖🐖🧠! And called Mwakilishi to thumb your nose….

Does this Otile look like a guy with $800 to his name? You got conned!