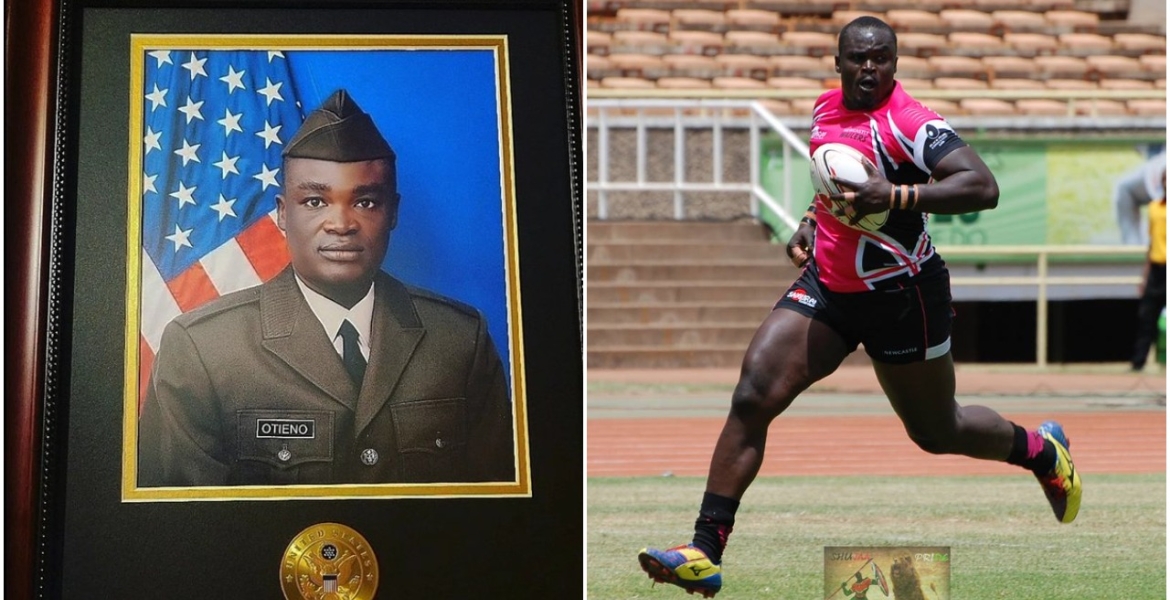 Otieno, who played for both Kenya Sevens (Shujaa) and Kenya 15s (Simbas) in the international scene, broke the news through his social media pages on Thursday.

"This We'll Defend. I stand ready to deploy, engage, and destroy, the enemies of the United States of America in close combat," he wrote.

He was part of the Shujaa team that reached semi-finals at the World Rugby Sevens World Cup in Dubai (2009) and Moscow, Russia (2013).

Otieno started his professional career at Kisumu Rugby Club before moving to the national side Mwamba Rugby Club, where he played until his retirement.

He also worked as a Physical Education and Sports Coach at Peponi and Greensted International Schools.

Okay okay , Mwakilishi what is the News here seriously do you know how many kenyan are in the US Army as of today .

and how many Americans are in the Kenyan Army?Now that's news...

@dela - are you one of those serving in the US Army? So if you are not a member of the military, please shut up and let Mwakilishi do what they know best. You sound like you have a cone of jealousy in your ass. Let the guy do his thing while you worry about your failures……

Make us proud young men and top that Delta Force training class...Welcome to the force for all it's worth...

Its news. Americans just want to smoke weed and do meth all day now it creates chances for older aliens to fight foe them. Bravo raga man

Thank you @Mambo jambo it's not news if it's news could you write my story in the Marines for 19 years and 11 months and still serving.

@Dela - why not contact Mwakilishi to narrate your 19 years and 11 months story? No body is holding you back. Hi Devil Dog, stop being jealous of a new recruit. What’s your rank butter boy?? Hope you ain’t still a Private with the kind of attitude you are losing here.

You won’t be talking nonsense if you had served or still serving in the US marines for 19 years unless you are just a loser. The Marines I personally know are well behaved and not as lose as you little kid. You must be the last voice at Fort Lajune.

Your attitude sucks bigly. You ought to be ashamed of your ass self if this is what you can offer to others.