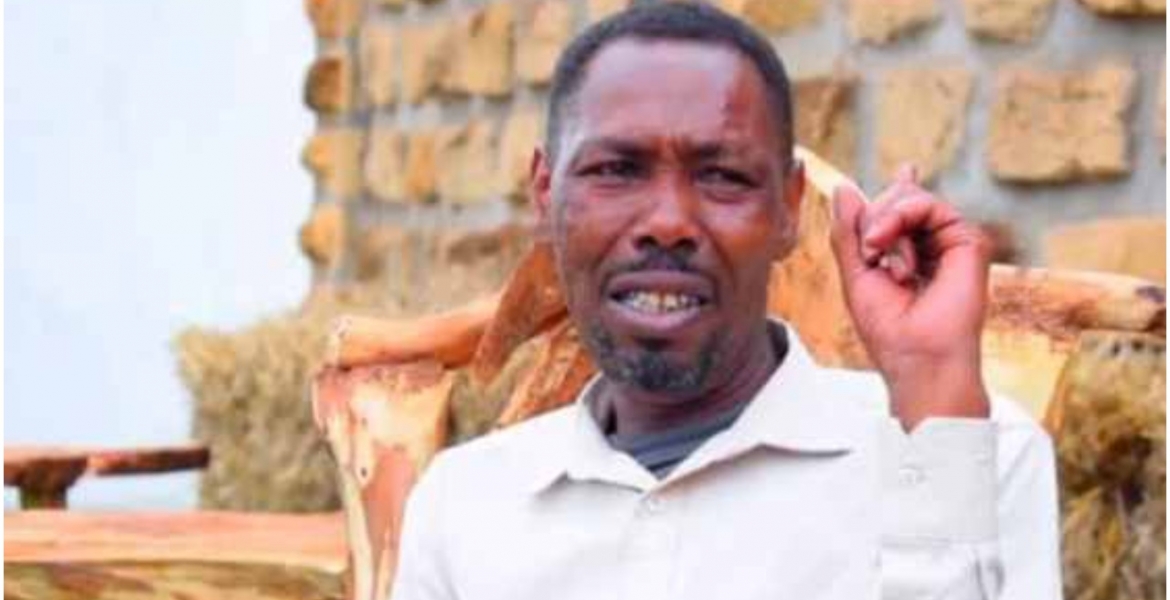 Kenyans on social media have expressed mixed reactions after celebrated actor Peter Kamau Kinuthia, alias Omosh, admitted he is bankrupt and unable to provide for his family.

In an interview with Tuko, the former ‘Tahidi High’ actor broke down in tears as he narrated his tribulations after losing his job last year in the wake of the COVID-19 pandemic.

“I just want a job, even if I will be getting Sh200 a day. I don’t mind about class and even if someone decides to start a hotel business where I can sell uji and tea, I am okay with that,” a teary Omosh said.

“There is nothing as hard as waking up every morning and there is nowhere I am going. You see people going to work and coming back and you have nowhere to go. It is very painful.”

Omosh further disclosed that he is facing eviction from his house over rent arrears amounting to over Sh100,000, adding that his five children sometimes sleep on empty stomachs.

“I live in Kayole near the DOs office. My rent is Sh8,000 per month, and I haven’t paid for almost one year so let’s just put the arrears at Sh100,000,” Omosh told the news outlet.

He added: “I live a life of tears, I just keep crying. To think that I don’t even have five shillings to buy anything for my family breaks my heart. As we speak my children do not even have supper. Leave alone that, their school fees for this term remain unpaid.”

On battling alcoholism, Omosh said: “I used to be a drunkard for so many years. I tried to overcome it to know success but my sister came and took me to rehab (3 months) and after that, I changed. I was a changed person after the three months, I had even added some weight.”

His story has elicited mixed reactions among online users, with some sympathizing with him while others accused him of squandering his money during his heydays.

He can start again by hawking wares...

Many sometimes don't understand celebs go broke so is good to contribute, Even Raila's daughter recently said He never pays Her anything, The party should demand He pays Her. Uhuru should ban anyone coming from Enugu Shrines from entering the country

I dont know the guy,and if the story is true,things are certainly bad. And he is not alone in this...Yes many have ruined their lives,and lives of their loved ones through uncontrollable drinking,of addiction to other destructive habits
My question to all of us is this,"to what extend are we as asociety,or community responsible for coming to his rescue?"
If we salvage this fellow to day,and a similar case pops up tomorrow do we rescue him /her again...?Where do we stop.These continual problems cannot be solved by instant play on peoples emotions to donate.This is not an emergency.But whoever is moved to help, is welcome to do it.Would rather donate to a church,or an organization committed to helping people out,adn tax the government with solutions to help its citizens that are in need.
As for this fellow, let his friends,or former friends do some soul searching-Especially those who drunk with him,but were not destroyed by alcohol,or COVID19.
What are friends for anyway...My two cents.

I will buy one week’s food for the children.Post your MPesa number.

If you are not sick sell vegetable, fruits, clothes etc on the street or go to mashamba ukalime. I like the American system you pick the next job available even if it is in a gas station or nursing home until you get the job in your profession.

Who is next are we giving them nets or fish..4 some it is a platform for advertising...cereb..jipange can one introduce like 401k..but good Saccos do exist safe 10% of your salary or ptofit/deal on the minimum for the future..

Omosh should ask Wanjiru Chege,also a former TAHINDI actor for help.She can employ him to be washing her vehicle or even her body for a pay.