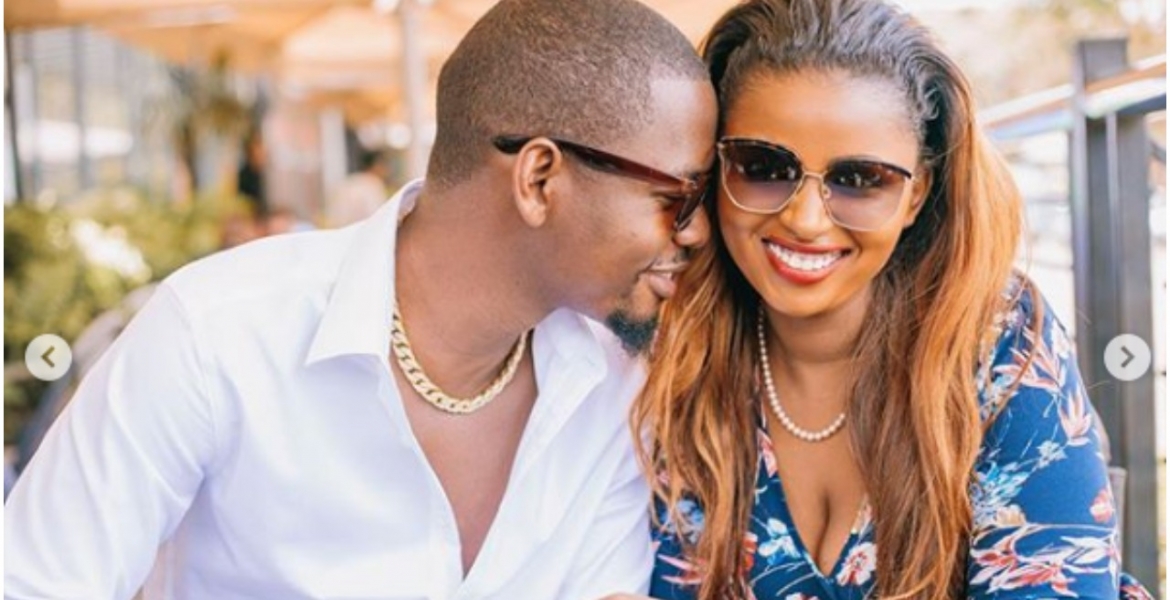 The couple is said to have confirmed that divorce proceedings are ongoing in a Tanzanian court, according to reports.

The development comes days after Anerlisa was rumored to be pregnant with the ‘Moyo Mashine’ hit-maker’s child.

Early this week, Anerlisa fueled speculation that her marriage was going south after she deleted Pol’s pictures from her social media page, unfollowed him, and dropped his name ‘Mnyang’anga’. She was also spotted without her wedding ring.

In November last year, Anerlisa admitted that she was not on good terms with her husband saying, “Somebody called me asking if I was aware my husband was live talking things she couldn’t understand and she even sent me screenshots. Unfortunately, I never got to watch but just to make it clear that we are not on good terms. I am a person who likes to protect my image and all I know is that I like being respected and any husband should do the same to their wife.”

Anerlisa, who is the owner of Nero Water company, is the daughter of Keroche Breweries proprietors Tabitha Karanja and her husband Joseph Karanja.

check your statement or are you talkign about a fag

He is talking about you @loice! Aren’t you the fag?

How sad. They look good together and to think she is PG? Dunia ya leo ina contradictions. As women, we have never been better placed in society..lakini we are still dissatisfied, unhappy, etc. Alafu to add insult to injury, these guys normally trades in a younger, mshamba version with ashy feet and all. Begs the question, are we going too far with this equality agenda? Is it time we learnt from our Ugandan sisters - a maid in the living room, cook in the kitchen and a wh%% in the bedroom? Haha..ha.. I can hear the footsteps of sisters coming after my jagular. Lakini, this recipe appear to work for those with long marriages......

LOL...No its not whatvu seeing butvwhat u feel. I feel they were a missmatch been wondering what the charm was.

..haaaaahaha...haki Sukari...ati mshamba version with ashy feet and all.... Haven't you noticed it happen with men too? Nowadays the 'kinda-unpolished' looking guy...educated yes but with a patch of realiality...sema kau-primitivity kiasi...,usually a luhya man, is hippest... Real is gold.... hizi fake lives....fake hair...fake social media facades don't take you far... Let's go back to real.. real is best.

Mshamba pia deserves a king. She has no choice if she's drafted. Marriage institution is facing attack esp among pop culture stars. I feel bad for the couple and baby.

The first year is the year to know each other.

Dude, u must have got a good chunk of money as this family is known to make it rain, look at her late sister n the bushman she called a boyfriend. Take the money, pass by the Brewery n get one cold one n take ur ass back to Tanzania the land where prayer heals covid.

hahaaa...exactly @shaka....these girls come with goodies that even a 'millionaire in his own right' drools after.... ?curse or blessing???

@ Sukari, men usually trade in for newer models when the current one starts to squeck.Ofcourse men have their own squeaking as well,but interestingly,women have learned to adjust,and live with it generally speaking.Undoubtedly some women also trade in for newer,and improved models.
Unfortunately most of us cannot afford the trade in...
Partly,Iam being facetious. The two former love birds were hardly married for one year.
My personal opinion as to why marriages dont last as long anymore is because we have become so much alike.Instead of complementing each other, we are competing,and comparing.And this "competition causes friction,and doubt while shattering the foundation of a would be strong marriage.
And yes we have gone way far with quality agenda.This so called equality women seek is a mirage. Fair and humane treatment is not the same as equality sort after by feminists.When feminists say women need aman as much as a fish needs abicycle, there lies the problem.My two cents.

Ati "...Tanzanians are very dark" ...so what? Where does colour come in idiot?

The comments here raises an interesting question, i.e what equates a good/wife material? Whether we admit it or not, deep down a woman wants a good provider, a man with a strong moral demeanor. A DUME! As for the men, they will always go back to that chick I cited earlier - with ashy bottom, feet and teeth but bows down to his every need. She will transform to a maid in the living room, a chef in the kitchen and a wh%%re in the bedroom! With that kind of mix, he will have little reason to idle in the coffee shops or cruise around Koinange street in the wee hours of the morning! The Ugandan and Zambians sisters stick to this model and they are stealing all our Kenyan men!

What is the difference between selling drugs and selling alcohol behinds one being legal?
This family should start selling milk to count their blessings. So many families have been broken because of alcohol consumption. Time to own up.

Well you said it,@ Mugukuyu one is legal, the other is not.You may recall that peoples' position on such matters are not static. Afew states in USA have allowed Marijuana for recretional,and for medicinal purposes when few years ago that would have been a pipe dream.
The powers that be usually set the standard.But these standards can change when the masses demand.Basically when community standards change for whatever reason-usually enlightment play abig role.
During the prohibition era in USA, bootlegging was big business.Cars carrying the alcohol were even designed to outrun the police cars.People will drink when they want to drink,unfortunately not all do it responsibly.So the gov. has to control it.Not to mention alcohol being a good source of revenue,and employment despite its negative effects .
So there will come a time when these illegal drugs will be controlled by the gov. much like prescription drugs are.But dont expect it in the next 5years.

Great biz idea. Buy one bottled beer get one can of powder milk free.

@ Mugikuyu = alcoholics if they don't drink Kiroches it will be Kenya breweries stuff or the whiskies of the world and if all is unaffordable then go for konyagi, kumi kumi and changaa . Kiroche beer is a biz just like any other . Uhuru is selling milk everywhere but does he drink it himself . we who cannot afford all that we have gone back to muratina it is popular and home made