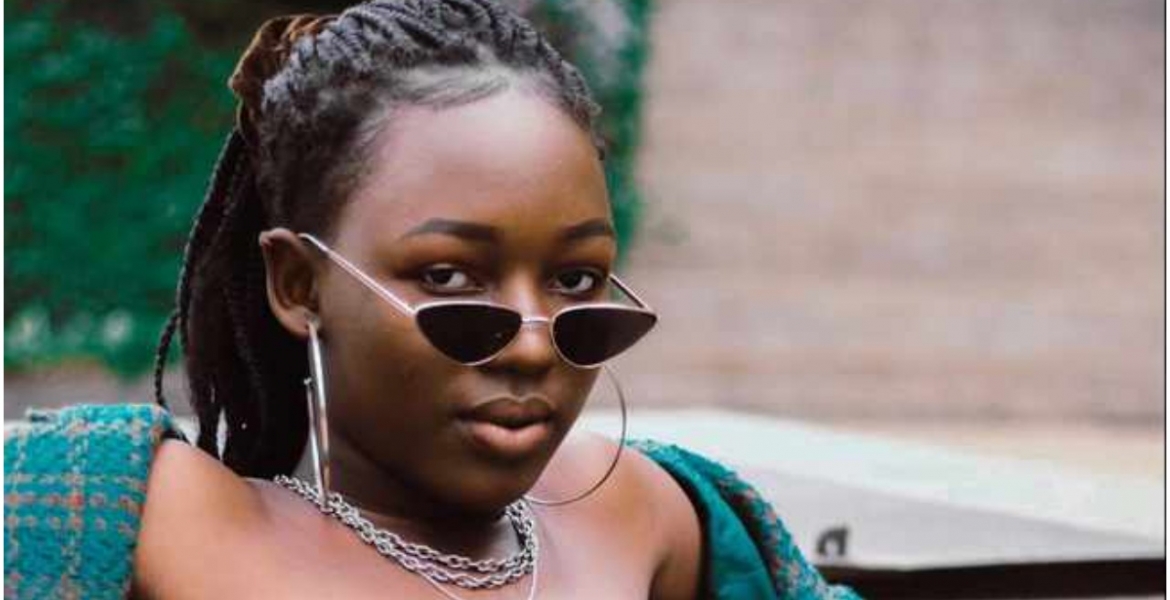 Speaking on #ABTalks, a YouTube interview show by Anas Bukhash, the teenager accused Kenyans of bullying her since her high school days.

“I have faced a lot of bullying in Nairobi and when I say bullying people only think about the internet, but it has been my whole life. At the university, I chose my friends and the company I was in and it got easier,” said Majimbo, who is currently in Dubai.

She added: “But when I got to the internet it became as worse as it was in high school. I would mind my own business and sit inside the house in Nairobi. When I left for South Africa in February, I left and never went back to Kenya.”

For the past few months, the 19-year-old has been traveling around the world with her manager and some family members.

“I found happiness outside (of Kenya). I don’t know where I am going and yesterday my sister suggested traveling back to Nairobi to which I declined. It is the worst option possible. I will go back to South Africa where I know I have a home. South Africans supported and defended me from Kenyan bullies. Kenya is not that place (to call home). It is tough but life is tough,” she told Bukhash.

Due to bullying, Majimbo says she was forced to drop out of Strathmore University, where she was studying journalism.

“It does hurt. It really hurts. Negativity has a way of overshadowing the good. It’s not the bullying that hurt me most, it was the pity. People asking whether I was okay or was about to hurt myself. I don’t want to pity myself because I want to be in a peaceful space. I am a tough girl and I will stand strong. I need to have a thick skin as I know that I will face a lot of criticism,” she added.

Majimbo rose to fame last year after her comical videos went viral on social media following a nationwide lockdown due to the Covid-19 pandemic.

She has since been featured on international media platforms such as The Guardian, New York Times, CNN, BBC, Forbes, among others.

In November 2020, she won the prestigious E! People’s Choice Awards in the African Social Star category. She also became a Fenty beauty ambassador, partnered with MAC, and appeared on Comedy Central.

Majimbo is Infatuated with Diaspora life. She should never have said NEVER.

Bitch bye, ur stupid ass will not be missed, don't even know what ur famous for as ur ass ain't funny. Fuck off n today we drink as Kenya has lost an idiot, ugly ass bitch, fuck off.

What exactly is this girl famous for and who leaves university because of bullying when you decided to enroll did you ask the bullies that you should consult them on when to leave.You come across like a fake wannabe “traveling around the world”my foot pesa zitaisha and you will find your way home.What a load of BS it surely must be a slow news day over at mwakilishi.

You are free to live where ever you want or are accepted.But if you owe any debts in Kenya, please pay up before you disappear...
Since you are making this decision as a young girl trying to find herself, you will be excused if you later change your mind.
As for bullies,they are in very corner of the world.Even in Vatican City,and South Africa.You just have to toughen up,grow some tough skin,and live your life.You would young people abig favor if you could use your platform,and "high profile" to educate,and fight "bullycism"

@Maxilley's being the best advice one can give a person in your situation I'll only add one more.... if you can't leave social media...since that's the life you've chosen, pls shut it up on topics 'me and I"....get some manager to polish your writing(s)

I wonder why she was being bullied at Strathmore that's a very strict Catholic College so I'm surprised there was bullying going on.

I was thinking along those lines but I presumed it may have been different for the university vs the school where bullying was grounds for expulsion.

Oh you sweetie little thing I'll definitely miss you big, please come see my over my free expertise on eradicating the bullyish out of your soul.

woiye..all the best but east or west hun home is always best...

Good riddance, wait until your 5 minutes of fame bites the dust.

I’m glad she avoided the bullies. I empathize with her. Bullying is horrific. Bullies are cowards.

She is behaving like the diasporas refugees who ran away from kenya many years ago wakafika majuu they never invested back home thinking kenya will remain a backwardness country today they cannot even fit anywhere juu wenzao waliacha wako mbele tu sannaa so never talk shit about yr country juu haunjui when u made need the country.At 19 yrs old u cannot even make up 1/2 decisions n even I do it will be stupid ones.

This girl has no hometraining. Mara it was KQ the other day, now it is Kenya altogether. I don't even think she is funny. She is selling her heritage down the river...ok, lets see how arabs like your black ass

I’m glad she avoided the bullies. I empathize with her. Bullying is horrific. Bullies are cowards.

DO NOT castigate this young lady!! Bullying is an epidemic that has killed so many young people in Kenya through suicides and is gravely underreported due to stigma. You’all are asking her to toughen up, why not condemn bullying? It is never acceptable to bull anyone. If leaving kenya gives her the escapism she needs under the circumstances, encourage her to do so. Letting the victim ‘ride’ on an adverse situation is the reason why mental health issues especially depression are on the rise in this world especially with young people. It is common for people to hate you when you are doing so well which you should never ‘apologize’ for. Clearly this lady doesnt have the so called thick skin to toughen up and understand this. LEAVE HER ALONE!! Angalia mfuko yako, ya bibiyako na familia. Wacha matusi na hizo immature F bombs hapa mwakilishi.

@DaktariC..I agree people should not hurl insults, lakini she needs to be checked. Just the other day she was being groomed by Naomi Campbell in Malindi and now she dares shame her poor elders by running her mouth this way? The only pass I can dish her is that she is still a teen so she has years to learn, lakini if this is the same attitude she had at uni and when she was younger, then she would had people tearing her down. South Africa? Don't worry little sister, we once dreamed of Majuu and when most of us got there, we now dream of a full circle back, only we have alienated ourselves from the life we once knew. Just saying. Home is home ....ask Mkenya halisi who arrived back there kicking and screaming and has been reduced to insulting diasporans from the side!

Hahahaha! You are funny. You know Mkenya Halisi.

....ask Mkenya halisi who arrived back there kicking and screaming and has been reduced to insulting diasporans from the side!🤣🤣🤣🤣

Stay out of social media. Online bullying will follow you everywhere you go.

Wow Wow, this is unbelievable.Where is humanity.Instead of helping he widow,more misery is poured on her.For sure this is injustice.Isnt the law clear on who inherits the property the husband leaves behind?Obviously if papers were faked,and money changed hand to switch names on title deeds, this is acrime,and I dont see who one can escape punishment.Dont we have any pro bono lawyers out there to help this lady. The last speaker on the clip said it best.Where are our leaders when we need them?

She's above 18, so she can do whatever she wants to do but soon she will realize the entertainment biz is not as glamorous she thinks. She got thin skin, hopefully she can handle critics. I watched her videos and, I don't think she's funny at all. Wish her luck.

Wait wait... I think most of you have this thing all wrong by the title. Here's her own words:
It’s not the bullying that hurt me most, it was the pity. People asking whether I was okay or was about to hurt myself.
So in other words, it wasnt being bullied, but being "cared about" that she hated?? Im still trying to make sense of that phonomena.
I saw her on social media being wowed, dazzled and propped up by wazungu media BBC,CNN etc trying to pick and anoint a female star like lupita, though find her lacking in talent.
When someone mentioned her past being groomed by Naomi campbell in Malindi, it begun to make sense. Naomi campbell just zaad her frst born at 50 after being tombwad by so many wazungu jamaas the last 4 decades, if this one is to follw her footsteps, it wont end well. She is very young and SA with wazungus making her feel like a star, must be a lot to handle, but to throw crap on your humble past and fellow people is a no-no. Hope she realizes and mends her ways before even the SA will tire and drop her to the bottom. A lot of misplaced arrogance often come with such types.