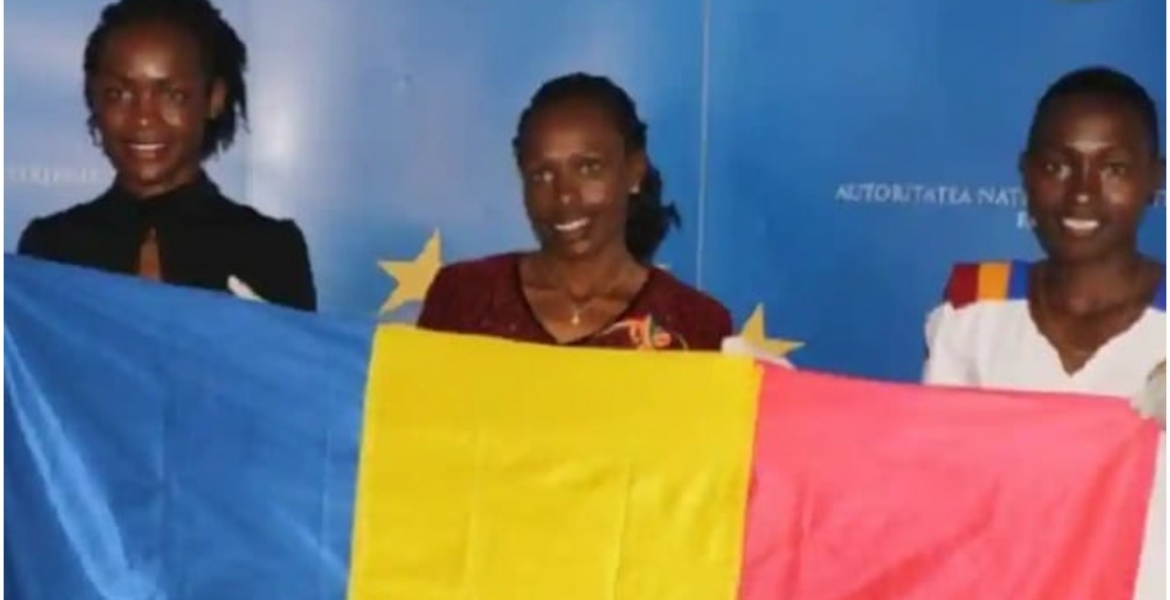 Three Kenyan-born athletes have been granted Romanian citizenship to represent the country at the international level.

Joan Chelimo, Stella Ruto, and Delvine Meringor switched their international allegiance in a bid to get more opportunities to compete on the global stage.

They were granted Romanian citizenship on Thursday after taking oaths at the National Citizenship Authority.

The three are now eligible to represent the southeastern European nation in the upcoming Olympics in Tokyo, Japan.

“It is a very important moment for Romanian athletics. We show everyone that we are an open nation, with a European thinking and by the arrival of the three athletes we strengthen the Romanian team. I want Romania to evolve in the European Super League in 4-6 years,” she said.

The three are expected to participate in Romania’s National Championship of 5,000 and 10,000 meters in Piteşti next week.

Speaking moments after she received Romanian citizenship, Chelimo said she looks to “win as many medals for Romania as possible.”

Bad choice. Romania is a poor country. Most of the hookers in the West come from Eastern Europe.

Better than slavery and neglect from Muslim nations.

The willingness to accommodate foreigners is measured by your affort of reaching out to underprivillaged,and human rights suffering people of the world. And this reaching out should not have any strings attached. These athletes here are trading their passports for cash.Nothing is wrong with that so long as both sides are ok with the deal.
Hey, soon we shall have some agent opening an office for the soul purpose of linking Kenyan athletes who cannot represent Kenya with other countries that hardly have any athletes on international level.In fact there probably is.I dont know.
Good for the girls if they can make the best out of the situation.Just remember,many have been promised gold in exchange for passport only to get bronze.I hope your deal is agood one.

Apart from the prestige that Romania may get if these foreigners do actually win gold or even bronze how does it help regular Romanians .These foreigners are able to win medals because of their genes and diet something which cannot be replicated by training or even doping many have tried.That is the only reason Kenya continues to dominate long distance running.Kalenjins are used to running they have lighter slimmer bodies and their diet also helps them not forgetting their lungs have also adapted to the thin air found in higher altitudes of the rift valley that is why you will never find a Luhya doing long distance because genetically these people not only consume more but physically they are bigger they excel in contact sports like boxing and rugby.So how will regular Romanians benefit?

The big problem isee here is that, the naturally born Romanians are denied opportunity to develop their athletic talents. Finally, if the spirit of Olympic games is to participate,and for get politics for awhile with the other members of the human family, then it should not matter about winning.But winning seems to be the case...
Hey Guest, Luhyas dont excel internationally in boxing,or any other contact sport.They hardly make it regionally.Yes excelling in sports or even in intelligence(IQ) is acombination of nature,and nurture but as to what ration makes this possible ,its not known-yet.And remember, judging people"genetically" is a very sensitive matter.Some have misused the findings for their racist reasons.

These 3 will know racism. God help them.

You seem to imagine racism in Romania and pretending to forget tribalism in Kenya.Do you know it’s easier for a Gikuyu guy to own property in US but none of them own anything in BONDO/Luo land?This is the truth despite god Raila leading a group of corrupt Luos to purchase land grabbed by expired gakunia Koinange wa Mbiyu at Ruaka,Runda estate.

Totally out of bounds. Those are 2 different issues.

More than can experienced in Kenya? I don't think so. May you win many many medals and have a mutually happy results.

If the 3 already know Tribalism, they may handle Racism with Grace. And hey! The one on Extreme right looks guyish.