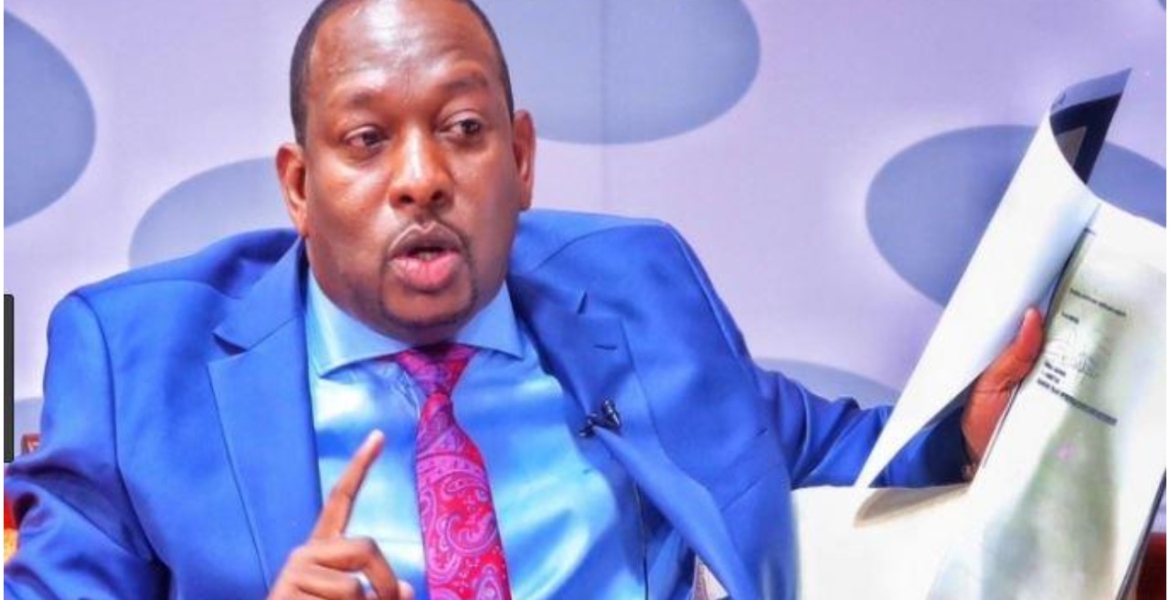 Former Nairobi Governor Mike Sonko has released a statement after he was banned from setting foot in the United States.

The US State Department declared Sonko a persona non grata alongside his wife Primrose Mbuvi, his daughters Agnes Saumu Mbuvi and Salma Wanjiru Mbuvi, and his underage son over his involvement in corruption during his tenure as Nairobi governor.

Sonko says he is shocked by the decision to ban him and his immediate family members from entering the US, claiming it was State-sanctioned in a bid to scuttle his political ambitions.

“I am indeed shocked by the move taken by the U.S. Department of State to designate my family and I in what they allege as involvement in significant corruption in Kenya,” Sonko said in a statement.

“This is a strategic political move to silence me and curb my political ambitions but I will never be cowed.”

Sonko, who was impeached in 2020 over graft allegations, questioned why other political bigwigs who are facing corruption charges are yet to be banned by the US.

“Am I the only politician facing corruption case in Kenya?  The Judiciary is currently addressing over 400 cases of corruption 20 out of which are facing politicians. The move is obviously motivated by my political rivals to deny my right as a Kenyan Citizen,” he said.

At the same time, Sonko noted that no court of law has found him guilty of the alleged corruption offenses, adding that he is ready to prove that he is innocent.

“I respect the rule of the law and I have faith in our judiciary.  I am sure and ready to prove that I am not corrupt,” he added.

The ban was announced on Tuesday by Counselor for Public Affairs at the US Embassy in Nairobi Eric Watnik on behalf of the US Secretary of State Antony Blinken. Watnik said the US had obtained credible information that Sonko was involved in graft, including bribery, irregular awarding of tenders, and undermining the rule of law.

“We determined that he received bribes in kickbacks in exchange for irregular awarding of contracts to his associates for personal gains,” said Watnik.

The ban, Watnik said, is based on provisions of Section 7031(c) of the Department of State, Foreign Operations, and Related Programs Appropriations Act 2020.

where there is smoke..kuna moto...

Bwana Sonko why worry yourself my bratha.U have made your life money in Africa Kenya so if I were you I will state like Martha Karua during coalition Gavament when the same thing was given to her “””Is it heaven””Kwani yesu hushi huko if he/she exist???Taila ondinga with corruption cases even sweared himself which is treasonable but the same jungus keep inviting him n many other???Just relax mr Sonko trust me it’s not a must u go to this western countries Hata ukiwa president/Gavana/senator sio lazima utoke kenya juu unatumikia wakenya.

When the USA decides to take an action, they’ve done their homework thoroughly. Most cases is misappropriation of what they directly funded that has not been accounted for or was directly traced to the accounts of the perpetrators.

Who cares abt traveling to america , there is so many other continents one can travel to including African countries. America does not even treat its black population with dignity. They can kick rocks

Sonko should not worry. If he can prove to the courts that he is innocent of the charges as he claims, America will do the right thing and lift his travel ban.That's what he should be fighting for...As for now, he has bigger worries than the desire to visit Disney World...

They should go for Kidero,next now. He big time cleaned out the City treasury when he was the Sheriff there.Boom!

A cna in USA is crying to settle in Kenya while a billionaire is crying over visa? What's wrong with humans.

I will be doing my last double shift cleaning ass in a month and I will be more than glad to give my US citizenship to Sonko coz I am coming home for good.

Lucky you can just up and leave..wengine wetu we have to work for a living. In Kenya kuna watu wanaamka 4 AM and come back home at 9 PM wakitoka wera Industrial area.

What about stench sewage like king of CORRUPTION RUTO??

What about stench sewage like king of CORRUPTION RUTO??