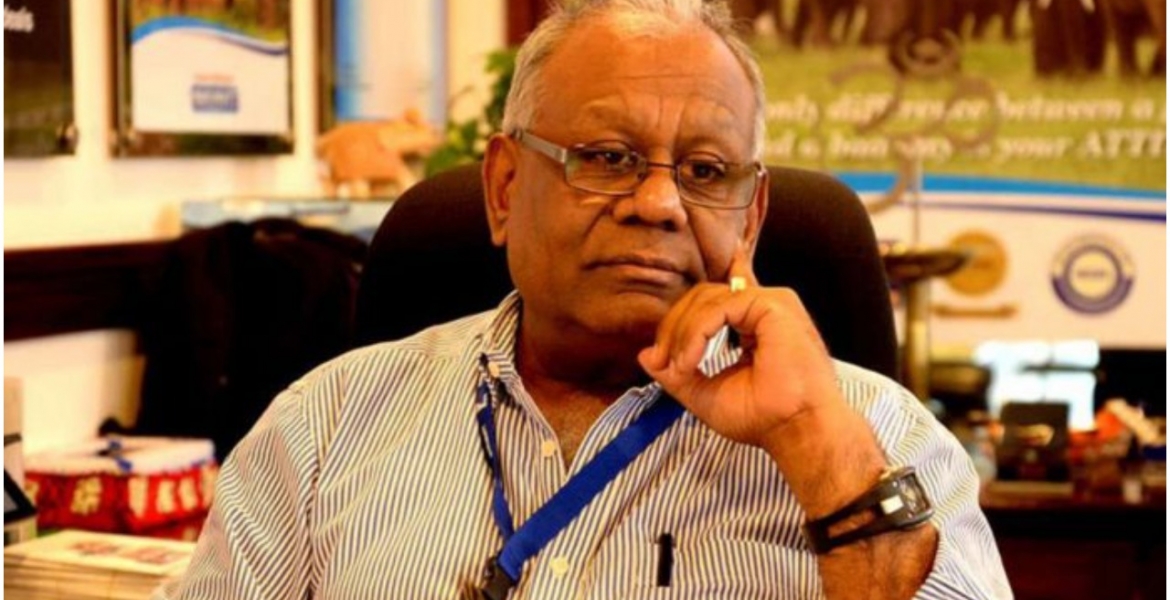 Atul Shah, the CEO of collapsed retail chain Nakumatt has lost his home in Nairobi’s Lavington area to auctioneers.

This is after the High Court threw out a petition seeking to block the planned sale of the property by the Kenya Commercial Bank (KCB) to recover a Sh2 billion debt.

While dismissing the petition filed by the administrator of the collapsed supermarket Peter Kahi, Justice Francis Tuiyott said it has no chance of success.

“This court is not persuaded that the suit, as currently presented, demonstrates a prima facie case with a probability of success. Being unable to surmount that hurdle, it is needless for this court to discuss other aspects raised in the application,” the judge ruled.

The court-appointed administrator opposed the sale of the house located in the upmarket suburb on grounds that the auction failed to follow the law, tagging Shah as an interested party to the suit.

Court documents show that the property worth at least Sh25 million was quietly sold by KCB early in the year through Leakey Auctioneers. Shah offered the house in Lavington as security in 2011.

By the time it wound up in January, Nakumatt had racked up debts totaling Sh30 billion, including Sh18 billion to suppliers, Sh4 billion to commercial paper holders, and the rest to banks.

What happened to Kamlesh Pattni his fellow Indian needs a lifeline

These are reptilians feeding on souls of others

Big mansions on dark side in mars for them NON notice

Waindis avoid to spent even a penny in this country... he stole from suppliers and took his loot out of the country to invest elsewhere.....LOCK HIM UP...sell everything he owes, local and abroad, and pay the poor suppliers. God have mercy.

...in so doing, you are basking in the downfall of your fellow country-men whom this guy and other Indian banks have impoverished for ever..... it's a trend and they should be auctioned to the last penny.

Thug Atul like jambazi Kibaki stole from small and large business suppliers and other NAKUMATT investors including Mwau,Kenya’s leading narcotics/drug trader. Stealing Mwau’s dirty money was ok but both crooks must be punished for pushing the peasant farmers and small business owners to destitution.RISASI/SHINGO TU.

I COVID helps us on this UGLY rich scum

Its smacks of recklessness to steal from suppliers and get away with it. MPigs must set laws to protect suppliers from these greedy Indians who play and don't pay. They never invest their own money in the biz

This makes me happy many are truly aware of what is going on. Nimefurahi kusoma watu wakisema just as it is. NO BS, NO Bull. Ukweli tupu.
This man and his cohorts caused a vast cross section of people to loose fortunes on such a scale that when/if history ever does the research, he will rank up there with Pattni, Goldenberg and Eurobond.
First, he got political cover (like most crooked bahindi), sabotaged other coop-run grocers like Uchumi (like having a Nkt board member serve as a top Uchumi manager) and with little compe, the name really blew up.
The Nakumatt brand was then used to lure in suppliers, then strong- arm them when things went south. Wash, rinse, repeat for many years. The loot was siphoned off abroad (yes, tax free) and still sits there. Personally once I learned the saga, I resolved to shop at mama mboga or Uchumi. If you lived in the 90s, you would know how packed Uchumi used to be. Even when Im often the only customer in Uchumi, naenda and they even have to scramble to find change, but I know the few workers there and they know me and to me its all about the principle of patronizing my fellow wakulima badala ya these flashy grocery brands from SA, sijui Bahrain, mara mumbai who are just there to get theres and high tail it.