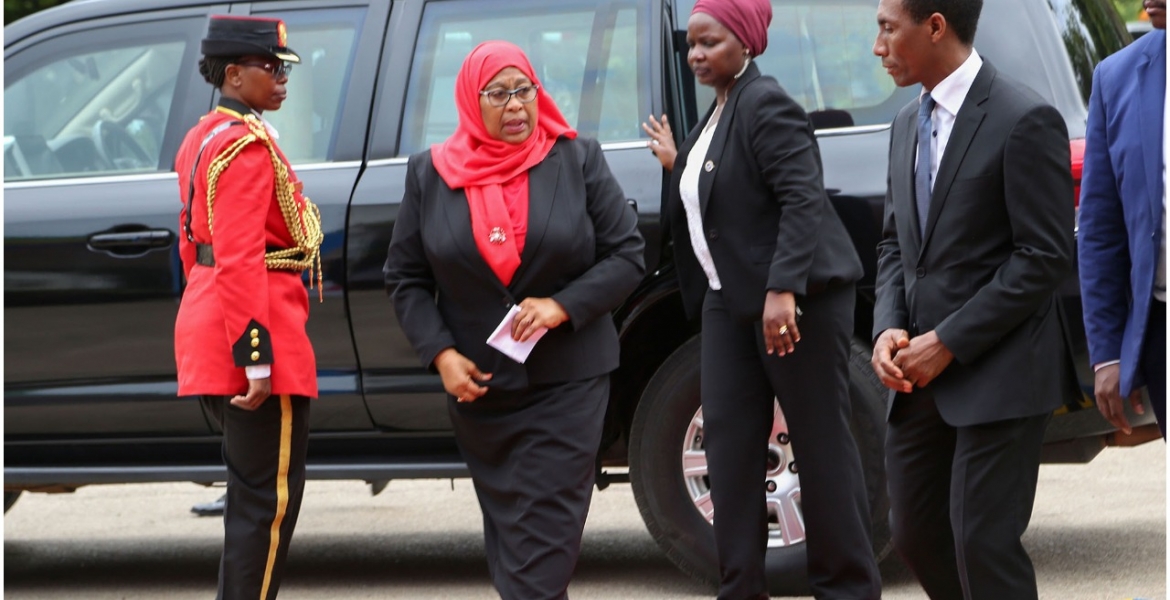 She will arrive in Nairobi on Tuesday for a two-day State visit that will see her meet with President Kenyatta at State House.

In a statement on Sunday, State House spokesperson Kanze Dena said further details of Suluhu’s visit to Kenya will be shared in due course.

This will become Suluhu’s second foreign trip since she was sworn-in as the sixth President of Tanzania following the death of her predecessor John Pombe Magufuli in March.

The 61-year-old made her first official foreign visit to Uganda on April 11th to finalize the East African Crude Oil Pipeline (EACOP) Tripartite project agreement and strengthen bilateral ties between the two nations.

Suluhu and her Ugandan counterpart Yoweri Museveni signed the Final Investment Decision (FID), which paved the way for the construction of a $3.5 billion crude oil pipeline from Uganda to Tanzania.

The 1,445-kilometer-long Ugandan Crude Oil Pipeline will run from oil wells in Hoima district in Uganda to the seaport of Tanga in Tanzania.

The pipeline will cover 296 kilometers in Uganda and 1,443 kilometers in Tanzania, passing through the capital city Dodoma to Tanga. It will be the longest electrically heated pipeline in the world and it will be heated as Uganda’s oil is waxy.

Welcome Suluhu Hassan. Come show our women they can also work in high places. They do not have to be Mipango ya Kando or date old old white men awaiting their death so they can run away with property or throw them in the sewage.

Hope she wears a mask, Magufuli didn't wear one on his last visit to Nairobi and it didn't end well for him a few days later.

A very welcome show of neighborly camaraderie.Usually her male counterparts in many African Nations tend to book the first flight to rich and powerful countries far way.
@ mugikuyu, I hear you.But our sisters are put between a rock and a hard place .Unless opportunities are created here in Kenya/Africa, they will have only two choices.You already mentioned one,the other is to go to the Gulf Nations to be a slave,and face dehumanizing treatment at the hands of Arabs.Remember their Islam allows them to mistreat their black slaves.A serious breach of human right.But to be somehow fair to Islam christians mistreated slaves as well,but have tapered it down compared to muslims .This underscores what my friend Ndugu Imara Daima has said many times and I agree with him. These foreign religions have done alot of harm to Africans.