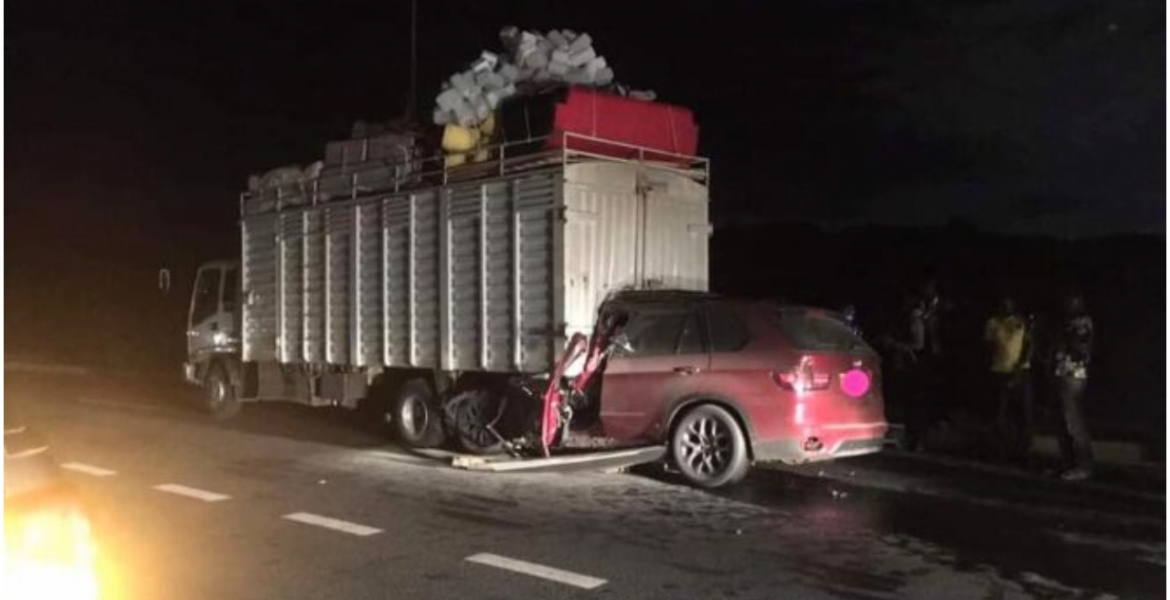 A man was killed in a grisly road crash on Wednesday night after his car rammed into a lorry along the Southern Bypass in Nairobi.

Confirming the incident, Lang’ata OCPD Benjamin Mwanthi said the driver of the BMW X5 is suspected to have been speeding when he lost control and hit the truck from behind.

“We suspect the driver of the BMW was speeding on the fast lane when he crashed into the rear part of the loaded lorry,” Mwanthi said.

The driver died on the spot and his body was moved to City Mortuary while the wrecked luxury vehicle was towed to Lang’ata Police Station.

Photos from the accident scene show the car’s dashboard stuck under the rear wheels of the lorry. 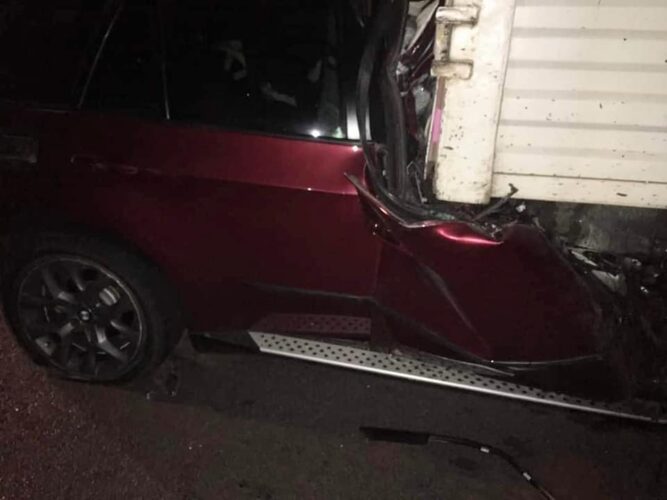 Mwanthi dismissed claims that the accident may have been caused by poor lighting, saying lighting along the section of the highway, which is adjacent to Wilson Airport, is controlled to avoid misdirecting aircraft.

Investigations are underway to establish the actual cause of the crash.

By look of the accident, he was definitely speeding. This overloaded truck was probably going not as fast and by the time the bmw driver noticed it, it was too late. The bmw is wedged in nicely under the truck. No way he would’ve survived that impact.
I’ve witnessed speeding motorists in Kenya and its horrific. Kenyan roads are not cut out for heavy feet. Especially with speed bumps on highways, pedestrians everywhere, slow ass trucks. I’m sure most of us here have seen how slow some of the trucks are in Kenya. They are slow and release so much carbon monoxide in the air. Kenya needs to adopt an emissions test.
Rest In Peace brother!

Lol carbon monoxide? Trucks the rest of the world release oxygen that's why Africa, in particular, Kenya tops in CO and CO2 pollution so sad indeed.

Probably that truck had no back lights. NTSA is a failed body and i do not know why I am the only one who sees this. In America Roads have speed limits why does it not apply in Kenya.That car looks overloaded and it is the reason it was going at night to avoid Police. Very slow moving cars or stalled cars are also not allowed in highways. In America we have Maximum and Minimum speed limits. Why was the truck in the overtaking lane. I do not want to blame the BMW for overspeeding because i do not know what speed he was moving it. But surely you do not expect to find a car moving at 20 km per hour ahead of you. Another thing to avoid at all costs is the use of phones while driving because Every second counts in our highways. I think we should respect and obey speed limits in our Country. Some body wrote in a book that the only place Kenyans seem to be in a hurry are our roads. But labda unaenda kuketi kwa bar ama kwa Nyumba but unaenda na speed ya Ndege. Life is precious and we should avoid loss of life.

You are correct, unfortunately you will find many who do not appreciate anyone pointing out any issues in Kenya especially when you don't live there year round

Speed in most of Kenyan tarmaced roads is mostly controlled by potholes dug by corruption.Engineers,works ministers and local MPs are bribed to ok payments for poorly constructed roads.This has been going on for years.RISASI TU will tame this nonsense tumutu dogo dogo WAPENDE WASIPENDE.