Thika Woman Arrested for Refusing to Breastfeed Baby Unless Paid Sh100,000 By Husband 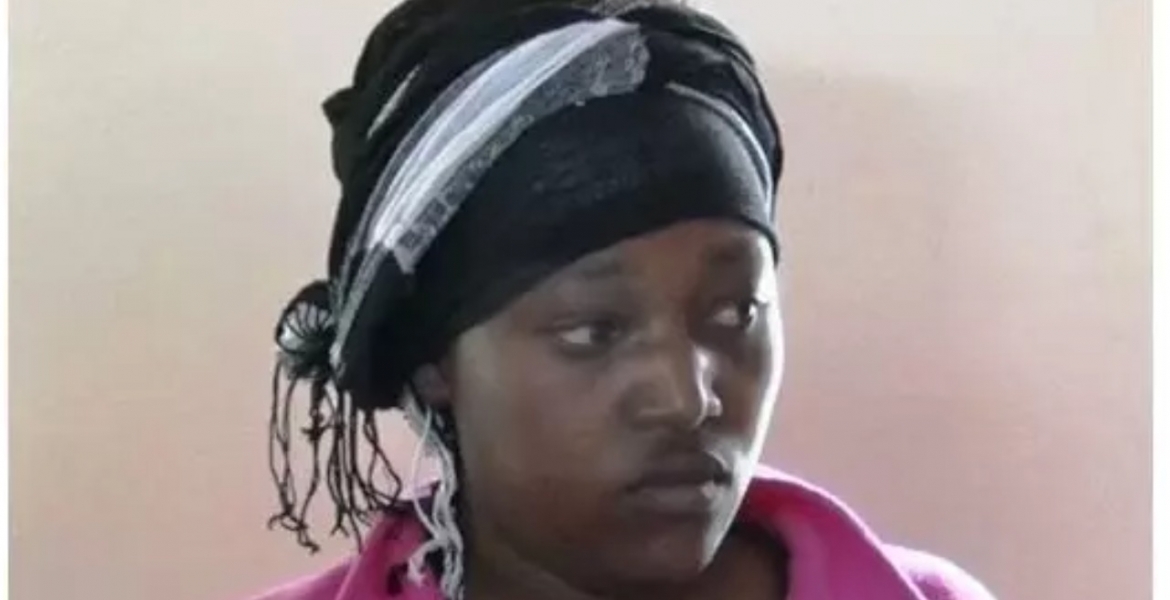 Police in Thika are holding a 25-year-old woman for allegedly refusing to breastfeed her baby.

Faith Nyokabi is said to have abandoned her four-month-old child at her matrimonial home in Kiganjo estate last week, vowing not to return unless her husband Charles Kiiri
pays her Sh100,000.

Kiiri, a 36-year-old casual laborer, said he was informed on Sunday that his wife had taken off, leaving their baby on his own in the house. He rushed home and found the infant under the care of his neighbors, who told him that the baby was abandoned immediately after he left for work.

The man phoned his wife pleading with her to return and breastfeed the child, but she insisted she would only come back after receiving the payment. She also informed her husband that she had visited a local hospital where she was injected with a drug to dry out the breast milk.

The woman was arrested in Thika on Tuesday and will be arraigned to face charges of child neglect and denying child protection and care contrary to the Children’s Act.

Kiiri said the disagreement between him and his wife was fueled by his mother-in-law whom he accused of making frequent and unreasonable financial demands.

Classic example of why marriage and child rearing is not for every body.Obviously some couples have no idea what marriage entails.\
Yep, lack of resources is abig huddle to over come in any marriage.No wonder women want a rich man regardless of how old,how he looks.So long as he is financially on solid grounds.He has resources,and is willing to share them.I get it.And it makes alotta sense. So you fellows who want to marry,get rich first.Remember most divorces are instigated by women/wives.So divorce proof your marriage by being wealthy.But remember I did say fullproof.It only improves your chances of survival.Better than love alone...

This is dumb case. There are two parents here and now the child is with father. I understand the abandonment charges, those are valid. Why Kiiri called children offices makes NK sense, take care of your baby. You can expect the mother do it al by herself. I bet you this guy wasn’t helping raise the child. Casual laborer means he wakes up in the morning, goes to Thika town and hangs around with the guys.

The father needs to buy baby formula and feed his baby.

Ngombe husband, don't u know a ngombe gives milk, buy a bottle put some milk n feed the baby. Let the bitch go as she is not fit to be called a mother. If u have the 100,00 use it to marry another n while she may not Got Milk, u can enjoy the boobies before another baby steals them from u as u know babies are selfish they don't like to share.

Oh la la .Devil is real.
Madness dio hiyooooo..
Casual worker to give 100k?
Let her go milk it from the streets, she will arrive to that 100k faster.
This young lazy generation , capricious and brain dead. Sasa huyo Charlie atapata wapi 100k? Salary yake si ni 500 per day or even less.
Like waiting for a ship at a bus stop.
Wait a minute!!!,we can only understand this if a postpartum depression wahala is tormenting this girl otherwise am sorry that we have reached hell's pit bottom sisi wakenya. Killing each other like chicken, kidnapping children, drugging men and robbing every thing from them,scamming, bribery lifestyle, killers mindset ,blackmailing.na mafi ya kuku zingine pale ,yaani collective madness.

Or he does harambee.. his neighbours can help him pay the runaway wife...maybe dowry was not paid and she is getting pressure from her family or buy baby formula and wait for her to calm down and come back home