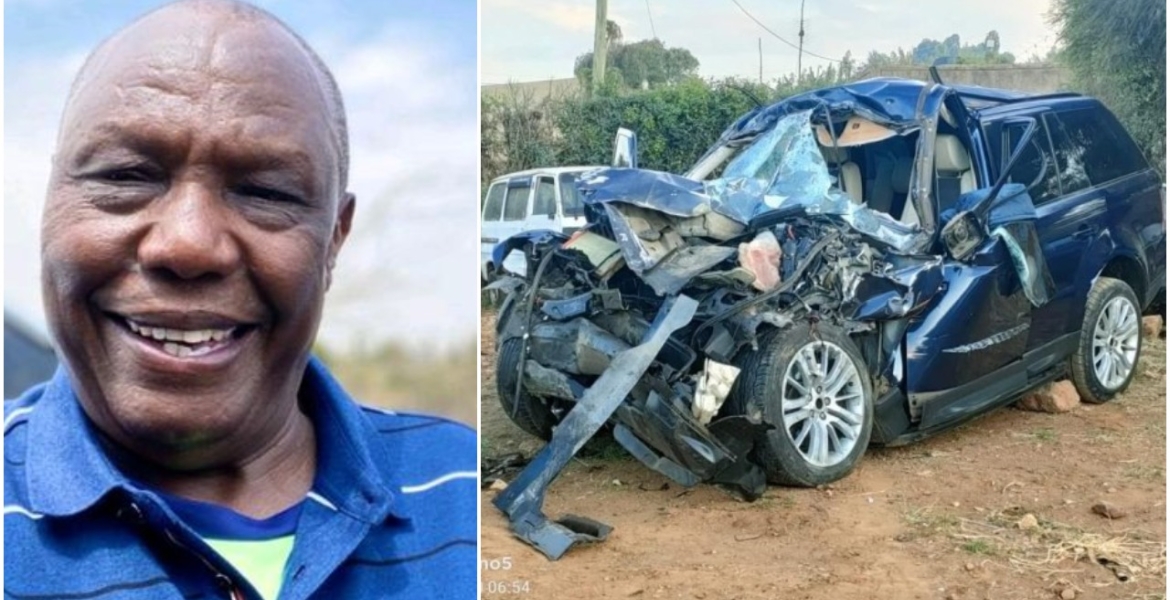 Reports indicate that the tycoon was driving to his home in Naivasha from Nairobi when his Range Rover rammed into a stationary truck.

Githere, who is the owner of Tamasha Restaurant situated in Hurlingham, Nairobi, died while being rushed to Mai Mahiu dispensary.

His body was later moved to Lee Funeral Home in Nairobi while the wreckage of the vehicle was towed to Mai Mahiu police station.

Nation reports that the deceased was set to spend a night at his expansive home along Moi South Lake Road, then join ODM leader Raila Odinga at a church service in Naivasha the following morning.

Pharis Chege, a former mayor for Naivasha and longtime friend of Githere, said he learned about the incident at 3:00 am on Sunday.

“We have been friends for the past 40 years and his death is a major blow. We were not only friends, but also age-mates,” said Chege.

ICT and Innovation Principal Secretary Jerome Ochieng’ eulogized Githere a jovial fellow, who had a great sense of humor.

“JR was generous and always full of humor. A very good friend indeed. I will miss you on the walking tracks in Parklands,” Ochieng’ said through Twitter.

surely, These kenyan roads with stationery trucks just left parked carelessly along the roads. A lot of people have perished from such carelessness of trucks parked with no signage or lighting. when will this problem ever going to be addressed.

Leaving trucks carelessly parked on Kenyan side roads is common! Is it just ignorance, folks just don't care or a combination of both? Charge the truck owners drivers or whoever is with Murder!!! Jail them for 50 years or burst their balls so they get the message!!!

Very sad! I’ve seen these type of trucks at moving 5mph and smoking the whole road. They create such hazardous driving conditions. You can and should never take your eyes off the road when driving in Kenya especially at night.

@ Ineo, greedy or not we shall all perish when time comes but not at the expense of careless truck drivers and the transportation system that has failed our country plus corruption and hongo...why not ticket or fine heavily such trucks left carelessly unattended or withdraw their license..otherwise one more greedy or struggling mwananchi will continue to perish due to ignorance and carelessness...where are the police partrol??

It is the high time something is done about Mai mahiu - Nairobi road. ancountable number of People have perished here. don't be lied to by politicians seekign votes . ask for action firs then kula