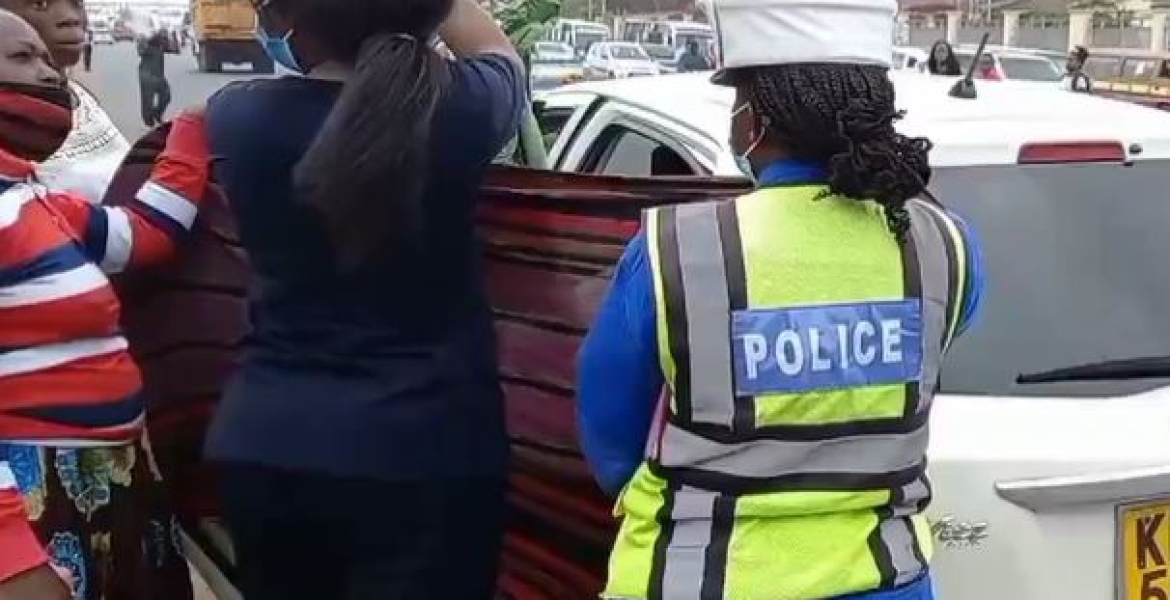 A middle-aged woman gave birth by the roadside on Monday morning after she was caught up in Nairobi traffic.

The lady was on her way to the hospital but could not make it due to the heavy traffic snarl-up on Outering Road.

The private vehicle ferrying her to the hospital was stuck in the jam when her water broke, forcing her to deliver by the roadside.

“I was passing by on my way to work when I noticed some men had gathered around a personal vehicle. I immediately noticed the pregnant woman who was writhing in pain so I stopped to see if I could offer any assistance,” a female eyewitness said.

“The baby’s head was already visible but the woman wanted to hold the baby in until she got to the hospital.”

The woman says she advised her against it because she might have ended up hurting the child.

“The two men who had accompanied the woman had no experience in delivering children and if I am being honest they looked visibly shocked as such I had to step in and help the mother to be,” she added.

The car was parked by the roadside and the good Samaritan successfully helped the woman deliver her child.

“The two men who had accompanied the woman wanted to move her outside the car but I advised them to let her deliver in the vehicle away from prying eyes. After a few minutes, I successfully helped the woman deliver her child. They still decided to go to hospital afterward but at least both the mother and child are safe,” she added.