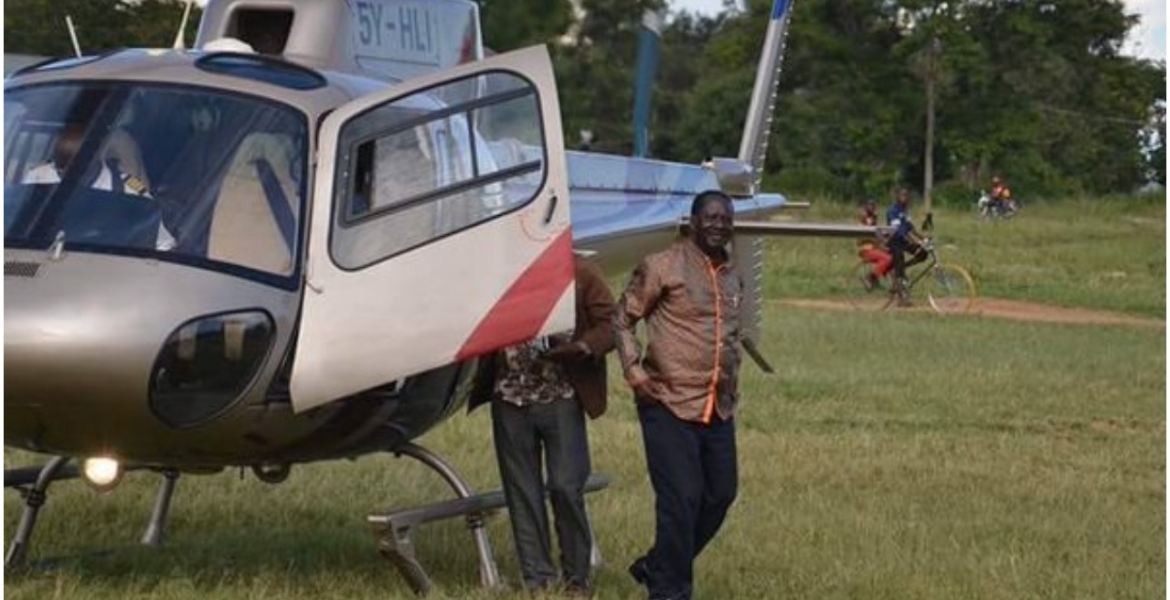 Njuguna says he will donate one aircraft to Raila for his 2022 presidential campaigns while the other two will be for personal use and business respectively.

“The cargo one is for business, the jet one is going to be for personal use, and the other one we are going to support Baba (Raila) in his campaigns, we are going to donate one to ODM,” Njuguna told Reuters.

The agency said the planes were breaching the safety and efficiency of air operations. Owners were notified to clear outstanding bills and reposition them but failed to do so.

KAA has so far managed to sell 13 planes, with the highest bid being Sh5.1 million for one unit. The airports authority is expected to auction 73 junk planes abandoned at JKIA, Wilson Airport, Lokichogio, and Moi International Airport in Mombasa.

...purchase by proxy.....that's why some of us sing about being safi kama pamba....danganya toto jinga.

Lifestyle audit required there is nothing like a free lunch.If Raila does not become president does he get to keep the chopper or is the gift conditional that the gifter is assured of a plum govt job that will help him recoup his donation or become a tenderpreneur where regular folk will be the ones paying for this gift

Donate?!! This guy just fronted on behalf of Raila/ Uhuru to buy at the auction. Most of us haven’t heard of this billion man’s association or any other sponsor to Raila before.

Raila should stay away from those flight unworthy craps of planes or he will not be alive by the time he loses the vote.