Raila to Launch His Presidential Campaign in Thika on Saturday 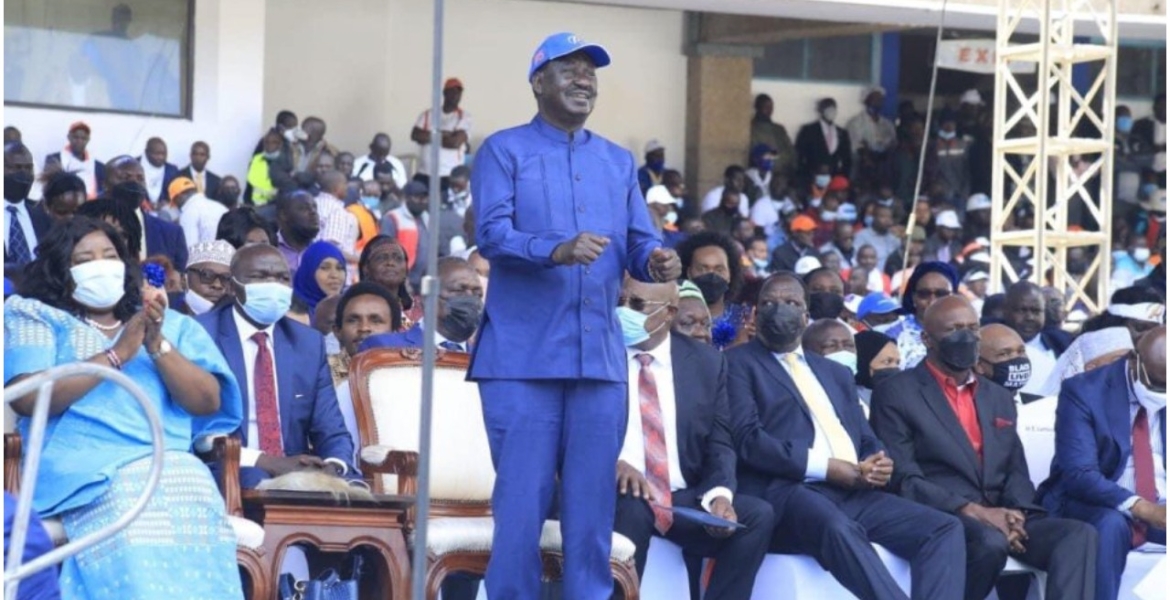 ODM leader Raila Odinga is this week expected to launch his presidential campaign ahead of the August 9th elections.

Odinga, who will be giving his fifth stab at the presidency, will launch his campaign at a mega rally in Thika, Kiambu County on Saturday.

On Tuesday, Odinga met a group of youth drawn from Mt Kenya region ahead of the Thika meeting that will bring together all Central Kenya counties.

“Jumamosi hii tunaenda Thika…we’re going to have our first public engagement in 2022 in Thika,” Odinga said during the meeting.

Raila’s campaign handlers have termed the rally to be held in President Kenyatta's home turf of Kiambu as symbolic as the ODM leader maintains his push for support in the vote-rich region.

On Monday, Odinga's presidential campaign board chaired by Laikipia Governor Ndiritu Muriithi held a meeting to plan his itinerary that commences in Thika.

“This is not Raila Odinga seeking employment as the president of Kenya, I want to partner with you so that we can be able to bring change to our country,” Raila told the youth.

Odinga, who was accompanied by US-based scholar Prof. Makau Mutua, urged the youth to rally behind his bid, promising to create job opportunities for them if elected.

“Every year we will push you into the labour market, nearly 1 million people…the youth who are leaving schools at the level of primary, secondary, tertiary, or university…this 1 million cannot be employed by 70,000 vacancies available in the public sector,” said Odinga.

On his part, Prof. Makau said: “Our platform as a campaign, what Raila is running on, is a society that is inclusive. A society that no child will be left behind, a society in which whether you come from Kiambu or Mandera or West Pokot, you will exercise the full rights of citizenship.”

Why in central Baba? Those people are unpredictable. They may smileWith you but ignore you completely come voting day.

What you mean why central. You want to open your house on Saturday?