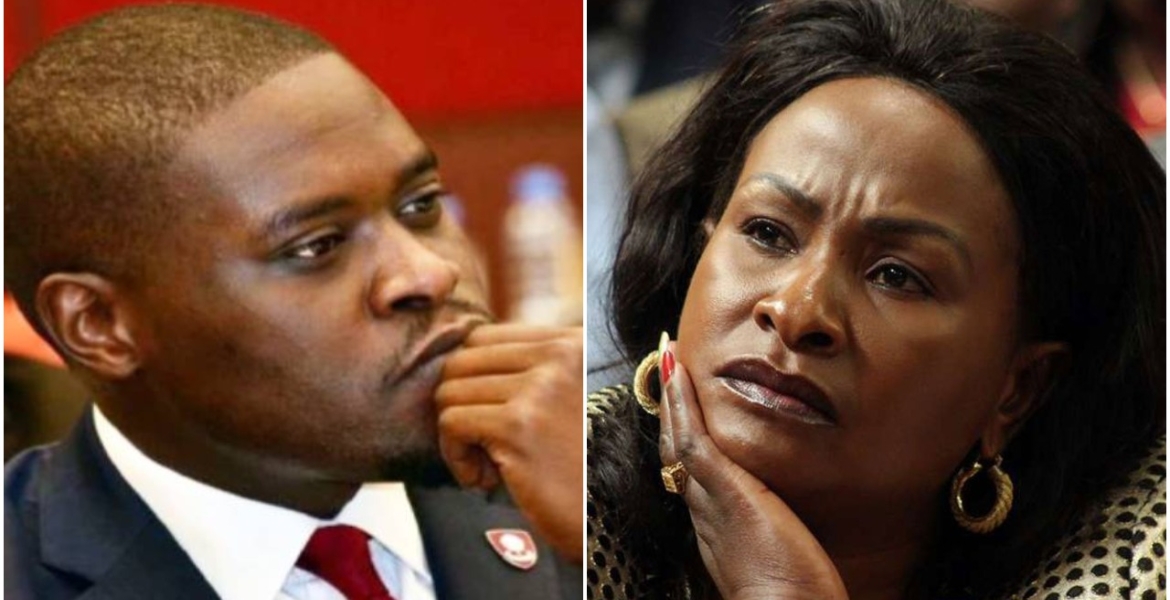 The Directorate of Criminal Investigations (DCI) has opened a probe into the authenticity of the degree certificates held by gubernatorial aspirants Johnson Sakaja (Nairobi) and Wavinya Ndeti (Machakos).

Inspector-General of Police Hillary Mutyambai directed the DCI to establish the genuineness of the documents presented by the two to the electoral commission for clearance ahead of the August 9th elections.

“The National Police Service (NPS) has taken cognizance of the ongoing debate in the public domain on allegations touching on the genuineness of university academic certificates and supporting documentation presented to IEBC for clearance by some aspirants for political seats in the forthcoming General Elections,” police spokesperson Bruno Shioso said in a statement.

“Owing to the constitutional and legal mandate bestowed upon it, the NPS has commenced criminal investigations into the genuineness of the certificates presented for clearance to the IEBC by two political aspirants, namely Hon Johnson Sakaja and Hon Wavinya Ndeti, both gubernatorial aspirants for Nairobi and Machakos counties respectively, and determine if any offense has been committed.”

On Friday, the Commission for University Education (CUE) asked Senator Sakaja to provide several documents to prove that he attended and graduated from Team University in Uganda.

The commission earlier revoked the recognition Sakaja’s Bachelor of Science in Management degree from the Kampala-based university pending investigations into its authenticity following concerns raised by members of the public.

Sakaja, who is eyeing the Nairobi governor’s seat on a UDA party ticket, is now required to provide several documents to prove that he attended and graduated from Team University in Uganda.

They include his application for the course, letter of admission from the University, evidence of registration including Student ID, Credit Accumulation and Transfer System (ATS), course description for the Bachelor of Science in Management (External), course units taken, transcripts, examinations schedules, a graduation booklet that has his name on it.

CUE also wants Sakaja to provide receipts for: application fee, tuition fees, graduation and convocation, names of lecturers that taught him some of the courses, any communication with the university staff (academic and administrative) regarding his course in the university, graduation photo while wearing the gown, and evidence of the requisite credit hours covered.

On the other hand, two voters lodged a complaint before the IEBC Dispute Resolution Committee seeking to have Wavinya barred from vying for the Machakos gubernatorial seat in the upcoming elections.

The two are questioning the validity of Wavinya’s Bachelor’s in Computing Studies degree from South Bank University London ad Master’s degree in Business Systems Analysis and Design from the City University, London.

Now that the DCI has opened up a probe and NPS has commenced criminal investigations on the genuineness of the degree certificates of these two gubernatorial candidates; to be fair and impartial, the same must be applied to Raila's degree certificate question. Anything short of equal measure, equal standard for all, will be tantamount to injustice and abuse of our constitution. Raila's bio says that he taught at university of Nairobi yet not one has ever been taught by Raila, or was his fellow lecturer at the university of Nairobi.

Will DCI investigate Raila also Uhuru being in office illegal without academic certification???