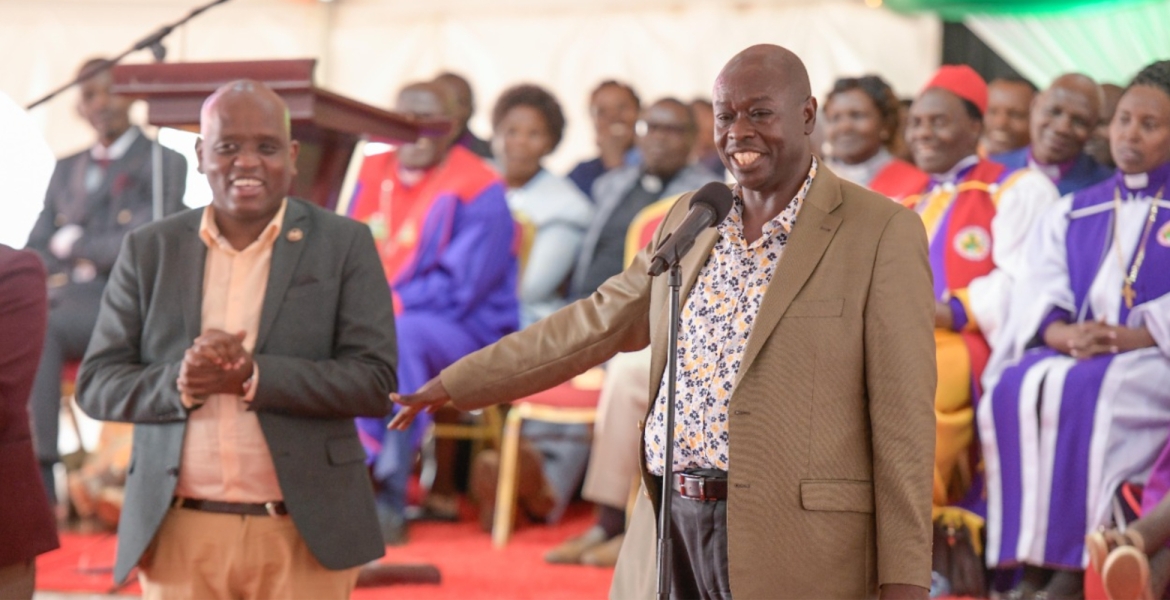 Deputy President Rigathi Gachagua says there was a plot by former President Kenyatta’s administration to assassinate blogger Dennis Itumbi over his support for President Ruto.

The deputy president claimed Itumbi’s execution had been sanctioned by powerful forces in the previous regime, but the plot failed due to social media pressure.

“There was a meticulous plot in place to execute this young man. His kidnappers treated him inhumanely as they planned his execution, but because there is God, people raised alarm through social media, forcing his tormentors to abandon the plot,” Gachagua said during a church service in Kirinyaga on Sunday.

Itumbi, who worked at State House during the first term of Kenyatta’s regime but shifted allegiance to Ruto, was abducted by unknown people outside a barbershop along Kiambu road in December 2021. He was later found dumped with serious injuries and was taken to hospital by a good Samaritan.

Gachagua said it would take time for him and others to forgive the perpetrators for the “crimes” meted on them by Uhuru’s administration.

“Bishop you have asked us to forgive, but some things are hard to shake off. Our hearts are still heavy,” the deputy president added.

In an interview last month, Itumbi said he fell out with Kenyatta after he asked him to stop supporting Ruto.

“The fallout with President Uhuru Kenyatta happened because he wanted me to stop supporting William Ruto. I told him that I would not do that. I believe in this cause and in this journey and that is what I was going to do,” Itumbi said.

These crooks are treating Kenyans to bad news every single day! What is the real problem with Ruto and Rigati?? Kenya has a huge problem of immature and childish folks leading the country to the ditch!

I guess only in Kenya a dude that looks like a bum with yellow teeth can become vice president. tRump said it best S*** h*** countries have a long way to go.

Hard to think and accept about what Trump said about brandy black Africans, but at times I tend to concur with that American mad man’s assessment of Africans. Most Kenyan leaders behave like freaking apes and monkeys tossing shit to each other in the forest. It is a very sad state of affair!

What is wrong with these stupid leaders? Do the work that got you elected.

They were not elected! They would behave had they been elected. They would value those who elected them and the country. They are just grabbing on straws on a very fast moving river as they drown. And the whole country is equally being washed along with them!

Silly Drama is the first name to most African leaders. Kenya is no exception. Very few leaders have common sense! Those who got some organized thinking are not well received by their fellow ordinary Africans - it is all a curse!

You never saw Kibaki engage in this kind of childish stuff! He was busy building a nation and he knew there was no time to waste. The current leadership is full of arrogance and foolishness. They are not sure why they hold the positions they do, and they feel privileged beyond every one else. This attitude is what causes African governments to be overthrown from power and the leaders beheaded. Kenya seems to be heading that way unless things change real fast.