My Life is in Danger, Says Single Mother Who Rejected House Gifted to Her by President Uhuru 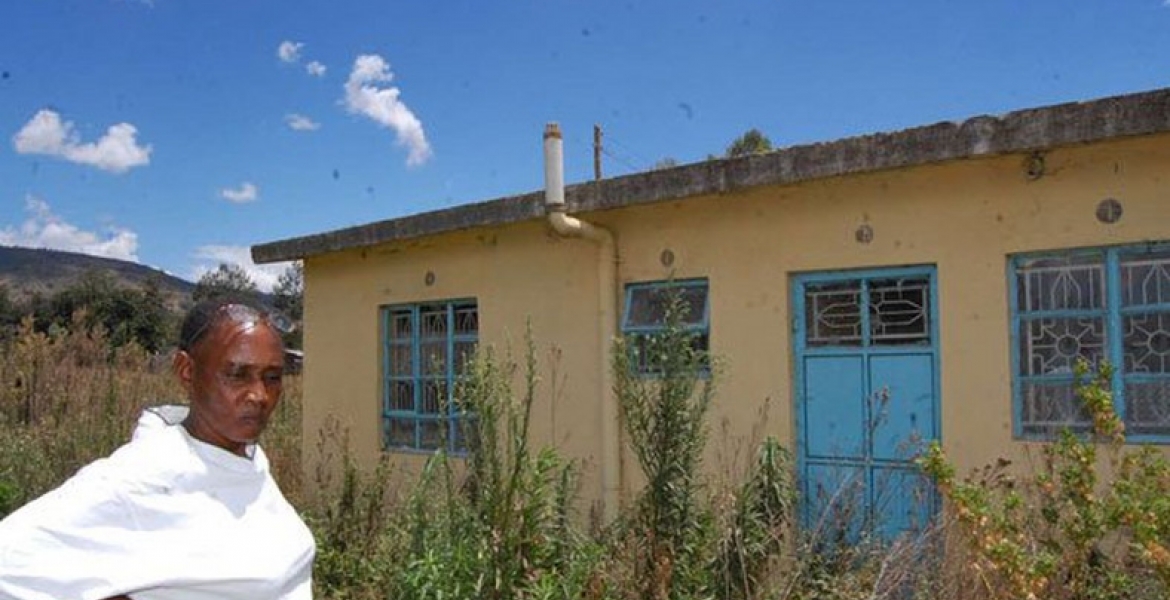 A Nakuru single mother who last month rejected a house gifted to her by President Kenyatta now claims that her life is in danger.

Speaking to eDaily, Damaris Wambui Kamau claims that an unknown group of men has been trailing her.

President Kenyatta ordered State House officials to build a decent home for her after her son, Dennis Ngaruiya, cracked his ribs with a poem during a function at Lanet Army barracks in October 2014.

Ms. Kamau claims that the men came to her rented mud house located in Lanet on Tuesday and demanded to see her.

“If it is because of a house that I should lose my life, I end my pursuit for it,” Ms. Kamau says.

“Yesterday [Tuesday, March 5], a group of men, who I don’t know, drove to my place and forcefully demanded to see me. They directed their vehicle’s headlamp rays to my house, maybe, in a bid to prevent me from seeing their faces. One of them ordered me to move to where he was. I sensed danger and fled the scene."

“I, however, managed to hide in one of the houses. That was the point they realized they couldn’t reach me, forcing them to drive off,” adds Ms. Kamau.

Ms. Kamau says she has since filed a police report on threats on her life.

“As I am speaking to you, I am just from the police station,” she says.

She also claims she has been receiving phone calls warning her against speaking to the media about the house.

“Currently, I even fear to pick calls from new numbers because I do not know what could be the caller’s intention,” she says.

“I am too young to die; I am too young to leave my son motherless. Rejecting the house has landed me in deep trouble. Though, I would like to clarify that I have since left my pursuit for that house. I have come to terms that it was given to another family, and there is nothing I can do to either repossess it or get a new house built for me."

“I am just urging those who are after my life to know I have no issue, whatsoever, against them,” she adds.

She rejected the Sh2 million house, saying it was “substandard”.

The two-bedroom house, which has electricity connection and running water, is located at Murunyu in Bahati, and has since been given to another needy family.

Only a FOOL would want to Hurt or Kill this woman. She had the Right to Accept or Refuse the House.😬

If she accepted that house they would have killed her.
The Kenya government always sends goons to kill Kenyans.

The woman is clearly informed of how Uhuru Kenyatta and his supporters behave.They hate Kenyans.

This is a very smart woman.

Uhuru Kenyatta seems to determined to kill her and her family.

Good luck to her.

The Kenya government is a terrorist organization.Terrorizing clueless Kenyans who want to live their lives.

Wait ✋ are you afraid because president Uhuru? It's a darn shame he would risk his good name but hey afterall powerful people will get away with murder.