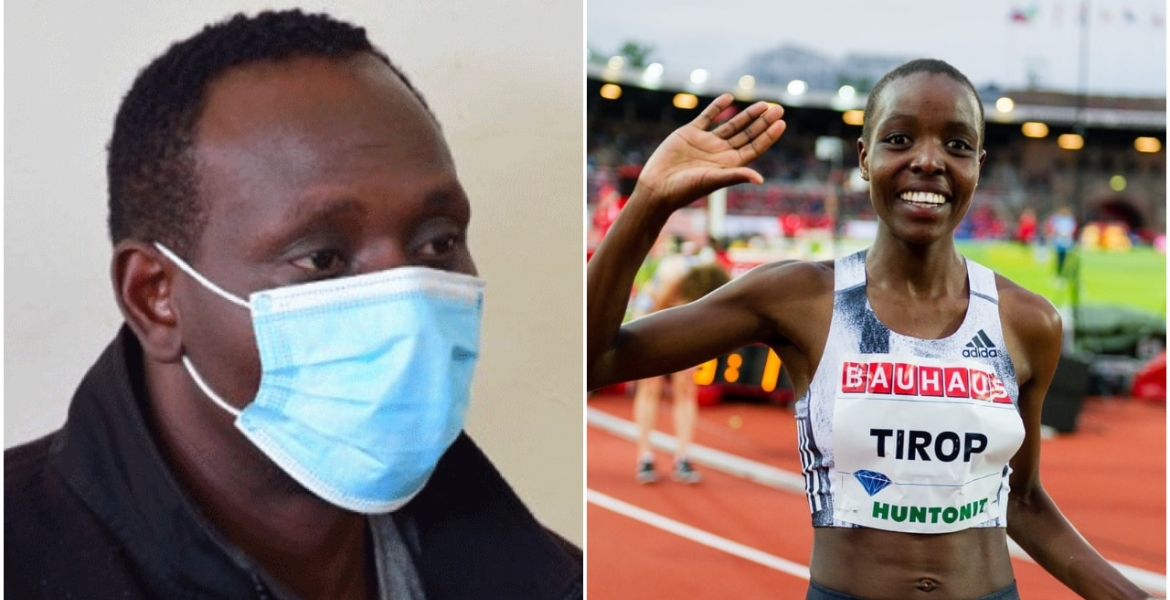 CCTV footage has placed Ibrahim Rotich, the husband of slain athlete Agnes Tirop at the crime scene on the day she was brutally killed.

“The CCTV footage is self-explanatory and positive after forensic analysis. It has all the evidence of the scene and the actual act. We believe we have an airtight case and we are good to go with the prosecution,” Munga said.

“The CCTV footage has become very crucial in this matter and it has shown us exactly what happened and how it was conducted. The investigation is on the reverse and forward aspects.”

The detective further divulged that they are forensically analyzing a confession note left behind by Rotich before he fled the crime scene. In the note, he confessed to killing the 25-year-old long-distance runner over frequent domestic quarrels.

“We have released the two other suspects whom we had arrested with Mr. Rotich and they are now state witnesses. They are valuable to in the case when they are witnesses unlike if they are charged,” added Munga.

Tirop, a two-time World Championship bronze medallist, was found dead with stab wounds at her home in Iten, Elgeyo-Marakwet County on October 13th.

Autopsy established that the athlete was stabbed in the neck and was hit on the head with a blunt object.

Rotich, who is the prime suspect in her murder, was arrested in Mombasa two days later trying to flee to a neighboring country.

Tirop represented Kenya in the 5,000 meters race at the Tokyo Olympics in August and finished fourth in the finals.

She shattered the women-only 10km world record in Germany in September, crossing the line in 30:01 to shed 28 seconds from the previous 19-year record held by Morocco’s Asmae Leghzaoui.