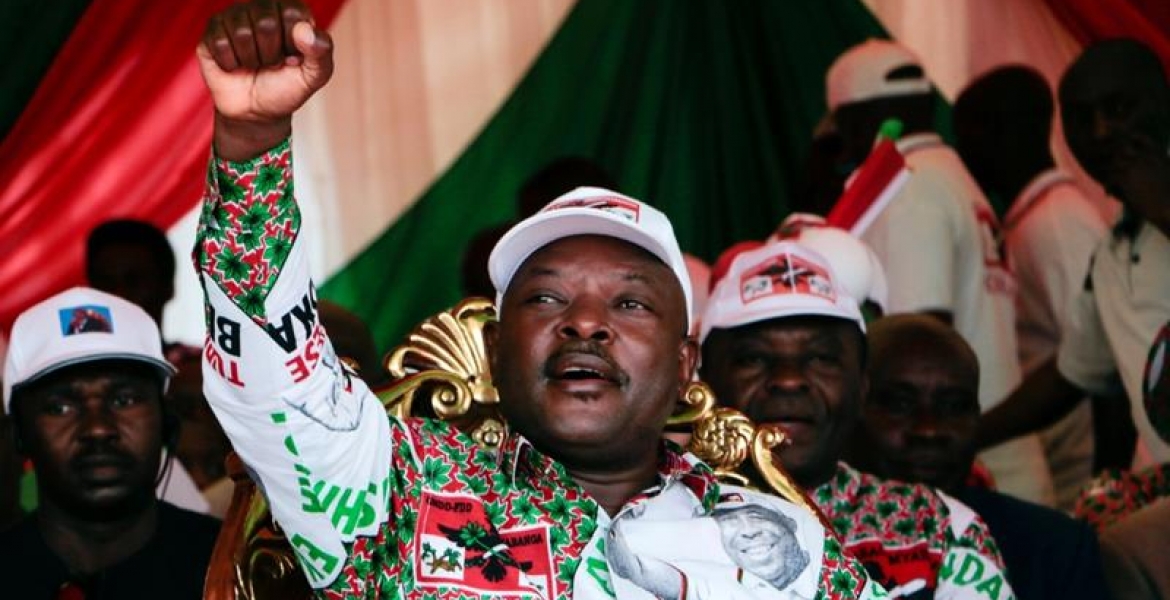 “He watched a volleyball match on Saturday afternoon in Ngozi but became unwell later that night. He was rushed to the hospital and by Sunday his health had improved. He was able to interact with people who were around him,” Government Spokesman Prosper Ntahorwamiy said in a statement.

Doctors at the facility are said to have performed multiple cardiopulmonary resuscitations (CPRs) for several hours before pronouncing him dead.

“Burundi has lost a son, a President and a key figure of patriotism. He was an example to the people of Burundi as someone who respected God. I urge Burundians to remain calm and continue praying for the soul of the President,” the statement adds.

As a result of his demise, the Burundian government has declared seven days of national mourning and the country’s flags will fly half-mast during the period.

Nkurunziza’s wife Denise Bucumi was on May 28th airlifted to Nairobi for treatment after she was diagnosed with Covid-19.

Mrs. Nkurunziza landed in Nairobi from Bujumbura aboard an AMREF aircraft and was driven to The Aga Khan University Hospital, where she is currently admitted.

Nkurunziza, who has served as the country’s president since 2005, was set to hand over power to his political ally Evariste Ndayishimiye in August. Ndayishimiye was declared the winner of the May 20th presidential election after garnering 68 percent of the votes.

Good riddance, despot. May you burn in hell

This is a great blessing for the people of Burundi.

God bless the people of Burundi.

May his soul rest in peace.

He could have accompanied his wife to KNH. He killed so many people. Corona is real.

Corona was sent by God to Burundi to cleanse it of the Nkurunziza abomination.

In the era of Covid 19 this is happening more often.

Korona Korona please pitia kenya uchukue our idiots too from the killer guy from the lake side who loves poverty then upitie western uchukue corrupt weta/madvd/BBI supporters/fika coast Mr madevu juu ya madawa .Freka Freka wote mrs korona n don't forget to pass to our senate/mpigs then we will know hauchezi.This burudi killer belongs to hell for what he did to its own pple coz of pawa hungry menance.

And Burundi only has reported 1 death from COVID-19.